A little game I wrote (now ported to Linux)

If I may, I'd like to share a project I've working on recently. But first a little background...

I came to this forum because I had just purchased a new desktop machine and it arrived clean -- no Windows! I spent several months trying and using different Linux distros (I run three currently, Fedora, Zorin and Centos Stream).

What I wish is to be part of the creative and personally rewarding ecosystem that is Linux. In recent months, I've spent a little time developing and porting my own apps to Linux desktop. Here is one of my favourites: 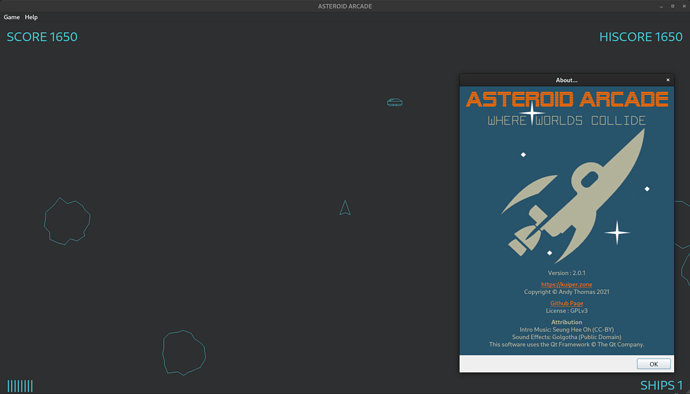 It's an Asteroids game (though not an exact clone). It is written in C++/Qt. I actually wrote it sometime ago, but had only targeted Windows. However, I have just spun off a Linux build and created an AppImage for it.

You can get it from GitHub: 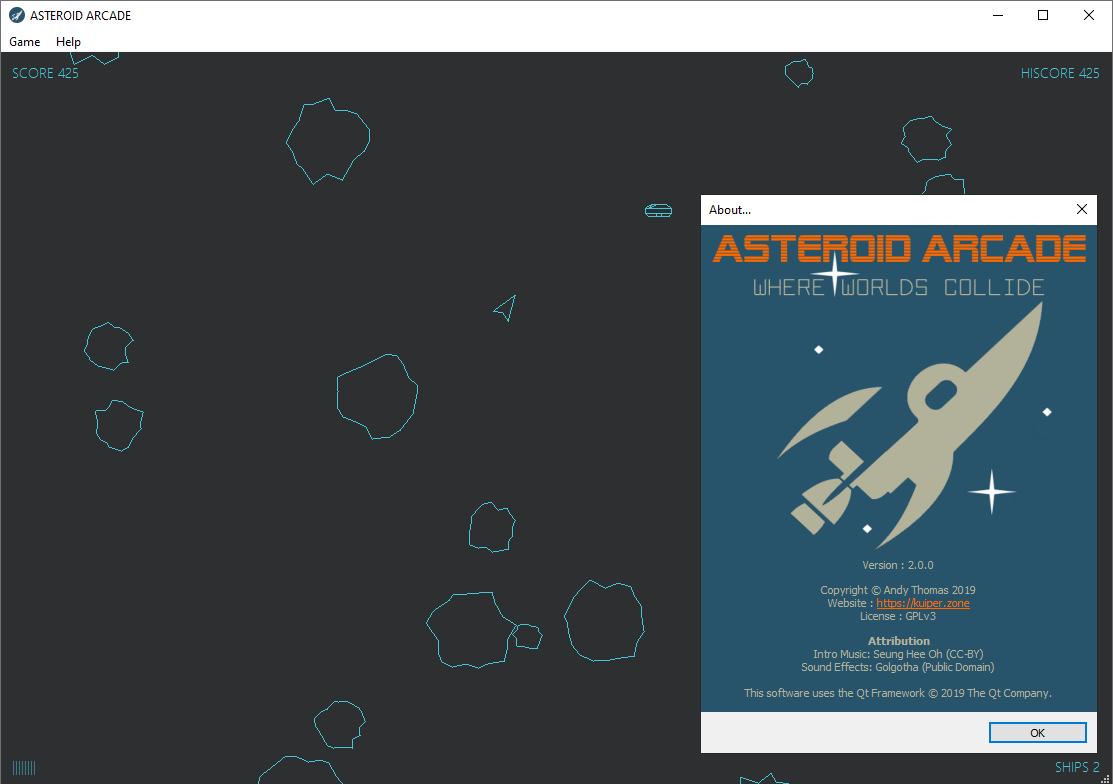 And the AppImage from: 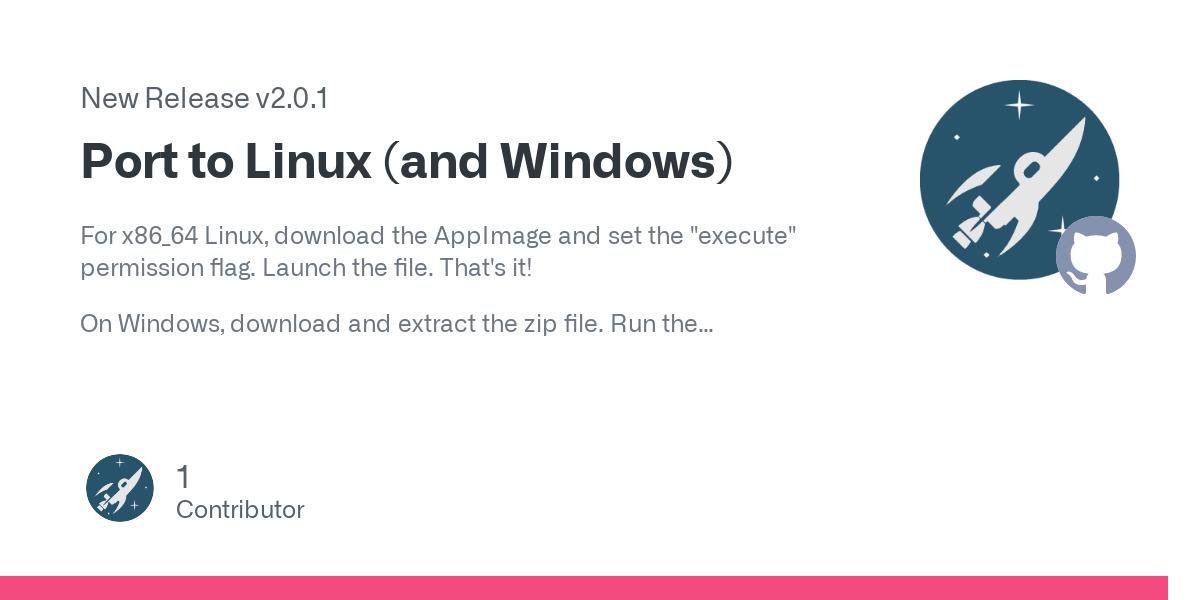 For x86_64 Linux, download the AppImage and set the "execute" permission flag. Launch the file. That's it! On Windows, download and extract the zip file. Run the AsteroidArcade.exe in the file. The...

I've tested the AppImage on both Zorin Lite 15 and Zorin Pro 16. Hopefully it should just run without issue.

Could you guys let me know if there are any issues?

After some bad experiences, I chose not to be a BETA tester, its far too much stress on me, and I can't take it. Having said that however, I will say that it is super cool, that you have created a game that is one of my favorites from the arcade days.

Astroids was the sheeeeeet, and its my opinion that Pacman illegally stole the limelight away from it in popularity. Astroids was always a better game. And I've played some of the modern redesignes of Astroids.

I've played on the PS1, PS2, XBOX360, all of them super cool, as is the original version from back in the day. I love the games rocket logo, very nice hehe.

I've played the game! It worked without a single issue for me. The game is nice.

For me, it is a little bit hard to control but I guess that's how the game should be.

Hey thanks! Glad you liked it.

found a bug: If you turn off the Sound (By pressing S) then turn it on by the same means the sound/music doesn't come back

Seargent Derek is on the case, in his investigation, he discovered there was gremlins lodged in the inner workings of sound generation. Recommendation, clean up the code. That is all.

I have a bug to report too. Sometimes, when I hit an asteroid, I don't die, I just like bounce off to a really short distance. Today when I played the game, I got in between three asteroids and then my spaceship stood there for a second, the spaceship was like shaking and then after a second, my spaceship exploded.

I have a bug to report too. Sometimes, when I hit an asteroid, I don't die, I just like bounce off to a really short distance.

found a bug: If you turn off the Sound (By pressing S) then turn it on by the same means the sound/music doesn't come back

Thank you but it's not actually a bug.

What actually happens is when you turn the sound off, it stops any playing sounds including music. When you set sound on again, there is no sound until a new sound begins to play.

I have a bug to report too. Sometimes, when I hit an asteroid, I don't die, I just like bounce off to a really short distance.

Correct actually. The ship is only destroyed if it collides with a certain amount of momentum. So it is possible to bounce off "fragments" and survive very low speed collisions.