After one month, got everything perfect (I hope)

Took that long to learn a few things (noob), add the features I wanted and fix some glitches. Somewhat out of order:

Don't plan on becoming a command line commando. I mostly copy and paste. Plus run sudo -i nautilus to browse files as root so I can edit/create them. Now that everything's settled, I don't expect to use the terminal much, if at all. 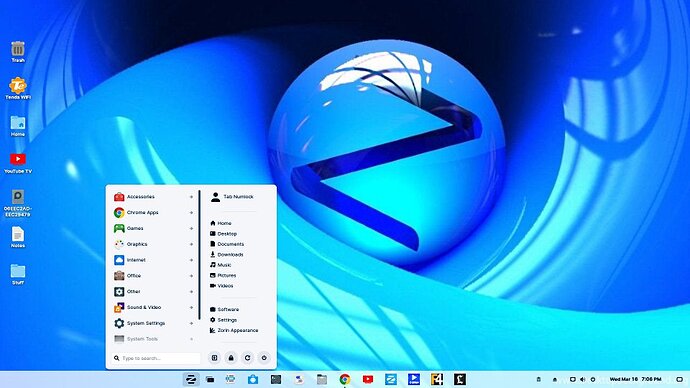 Now I am ready to install Zorin on more of our PCs.

I like the original logo wallpaper you have there TabNumlock1!

The OS will stretch it full-screen. Just sayin' it would look better if it didn't have to be stretched.

BTW, I have no complaints about the Core Start Menu. You can customize it with the Main Menu app. And it's great getting it out of the corner. On Win10 I never used it cuz it was too far away.

Here's a wall that I originally created for Zorin called 'singularity' - no logo though:

I like to redesign national flags (most are bad) and have done a bunch. The US was the hardest. Unfortunately, they are low rez and the vector graphs are on an old HDD, somewhere. Gotta get those off it but I need a kit to connect them.

Just switched to this as my wallpaper. 3:5 (as all flags should be), suitable for any number of states.