Currently, I am using Linux mint xfce, since zorin version of xfce doesn't support in my laptop.

Do anyone know how to set up battery threshold using tlp (tlp runs straight from terminal) When I did battery stats commands, the tlp does say that my laptop supports battery threshold, I'm not technical enough to understand their website instruction. And I can't set it up to set threshold.

Sorry, I'm breaking any guidelines but since I have been a zorin user for a long time, I have noticed that people here are more responsive and helping compare to the current (linux-mint) which I'm using.

I have asked many forums, but none of them responded, also search many forums based on this topics, I didn't understand them well as tlp have many variations and different commands for the same thing.

Since both(zorin light version and linux mint) using xfce process would be similar and it will help other people as well. 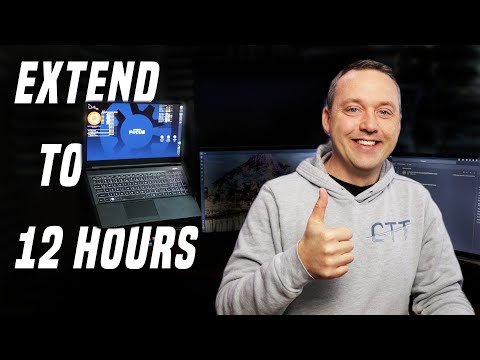 Sorry, I'm breaking any guidelines but since I have been a zorin user for a long time, I have noticed that people here are more responsive and helping compare to the current (linux-mint) which I'm using.

Sorry is not needed, i was a old mint user (used 17.0-17.3) and Zorin user and moved on to another distro called Pop! OS, storm uses Fedora, you use mint. It does not matter at all.

The mint forums are not much of a help (at least not for me), back in the past it was useless for me and yet these days its about the same (i removed my account from there). I stick to the zorin forum because of the great support this forum has.

As for your issue i think @Aravisian can help with that

Do you have the tlpui installed? I recall seeing that setting both in zorin settings and tlpui in the general tab i believe.

Only set one of them.

Hi @337harvey, thanks for the reply. I didn't installed tlpui or idk it says tlp only and can be operate through terminal only. 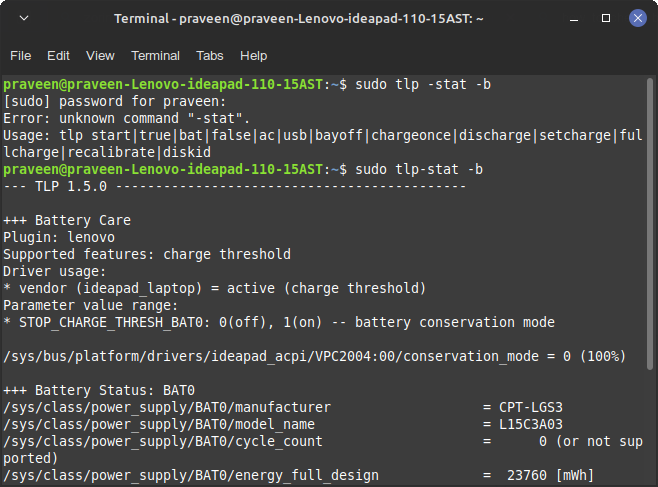 You can install tlpui from the terminal: sudo apt install tlpui . I use kde on core, so i would be no help with the system menus.

In the ThinkPad battery tab it is the first item. 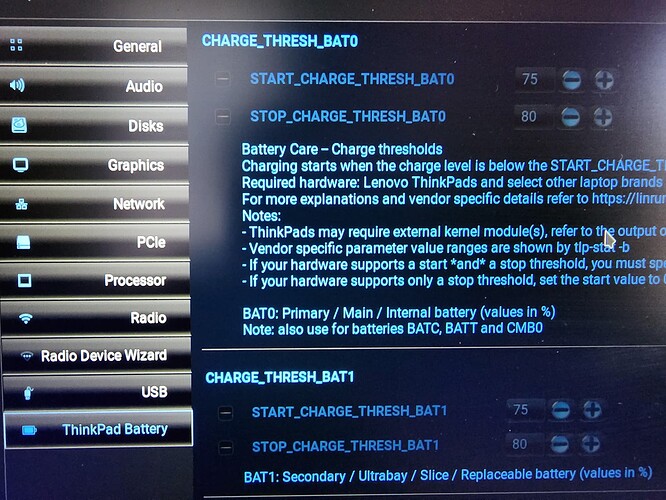 It says "unable to locate package." 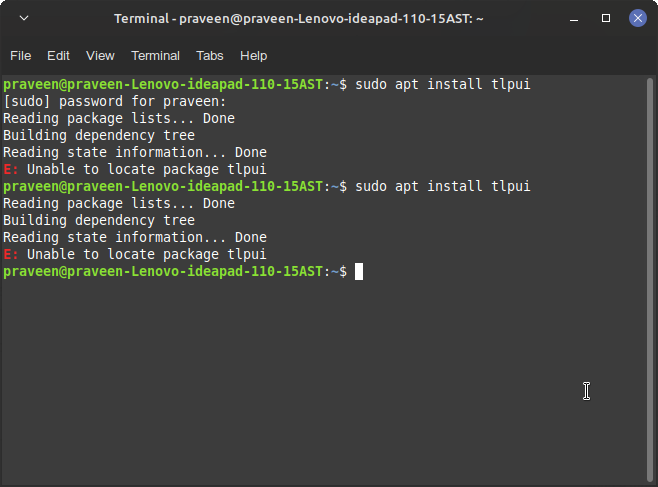 In the tutorials section you'll find a topic "top X + 1 things to do after installing zorin 16". That has the tlpui install instructions. I'm probably missing a repository i forgot i added.

I have tried the same command which you mentioned there but the output is same.

I have done some research and found that I need to make some changes in tlp.conf files

but editor saying I don't have the permission to save the edit file.
any solution?

I know this is too late!
I'm having some exams these times.