I initially had this issue while running Zorin on a VirtualBox on Windows on my Samsung 950XCJ, which was unresolved (please see here before posting on this thread).

But now that I've installed Zorin naively on this machine (a while back - I didn't think much of this then), I want to see if I can try to get the fingerprint sensor working with the help of you, the Zorin Forum.

How to Add Fingerprint Login in Ubuntu and Other Linux

Got a laptop with fingerprint reader? Here's how to enable fingerprint login on Ubuntu and other Linux distributions.

Unless most of the fingerprint hardware are not compatible with ubuntu.

You can send them a mail to register your problem.

Right. Well, this link was mentioned in the other thread, however, I mentioned that this option doesn't appear in the user settings for me, shown below.

Uhh... That guide is telling me how to add a fingerprint. The problem is that button is not showing for me. [IMG_20220602_181323_HDR] And I swear my fingerprint sensor works on Windows. 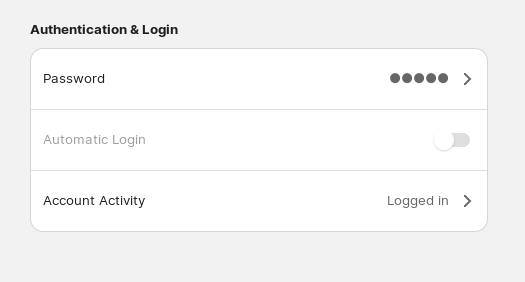 I doubt they're gonna listen to me...

Ran hw-probe and found this:

So I think we have to make the system detect the fingerprint sensor first.

As I said, not supported by zorin/ubuntu

You can also search this form about fingerprint as it has been brought up numerous times already and read through. I know there are several times that a step by step guide link as been posted.

But as @anon6471198 as also stated, this is not a Zorin/Ubuntu issue it is a manufacturer issue, contact them for the driver.

While fingerprint device support is available for many of the devices out today, have you done a search to ensure that your device is supported and possibly noted which kernel version added that support? Zorin is currently on the 5.15.4... kernel i believe. If this is a newer device, you will most likely have to upgrade your firmware version if not your kernel version (this is a risky operation, backup your files before attempting it. Warning: using a newer kernel prior to the release from the developers can break your OS installation. While it is possible to run without issue, it is different for every machine depending on the hardware configuration).

I have kernel 5.19 and I've tried searching for it but I haven't had any luck so far.

You may try lshw in the terminal. Look for fingerprint in the output. The device and driver should be listed. Search for that device in conjunction with Ubuntu 20 (on which Zorin is based). That should give you a better idea of its a driver issue or whether the device is supported yet or not. 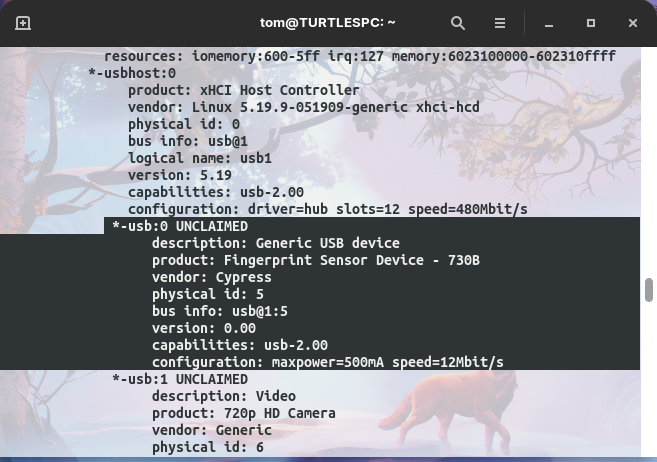 I am sure I posted this before:

A database of all the hardware that works under linux

You mean this One?
Different Device

No driver exists even in the most recent kernel of 5.18: Hey, I'd be interested to try myself on the development of a driver for the Samsung Galaxy Book flex fingerprint reader (id 04e8:730b). I'm a C++...