Is there known timeline for ZorinOS 17 release? Last release ZorinOS 16 was a bit of a surprise for many
Combine this uncertainty with the long awaited - never arrived discount for current supporter of 15.3 Pro, and you end up with customers unable to assess their upgrades

Perina, I hope you do not mind, but I moved this over to the Feedback forum for visibility.

As users, we can speculate as to a likely time frame of Zorin OS 17 release. However, guesswork can easily be quite wrong when "life happens while you are making other plans."
Many distros, like MXLinux, employ using a Roadmap to detail plans and hopes. They are not always met in the time hoped for. But they are detailed and easy to follow. Other maintainers of many projects, both large and small, do this, as well.
I hope we can encourage the use of a Roadmap here, as well; Primarily due to questions about awaited for features.

It is quite clear that ZorinGroup does listen and does address issues.
The group was working on a suggestion made some time ago: 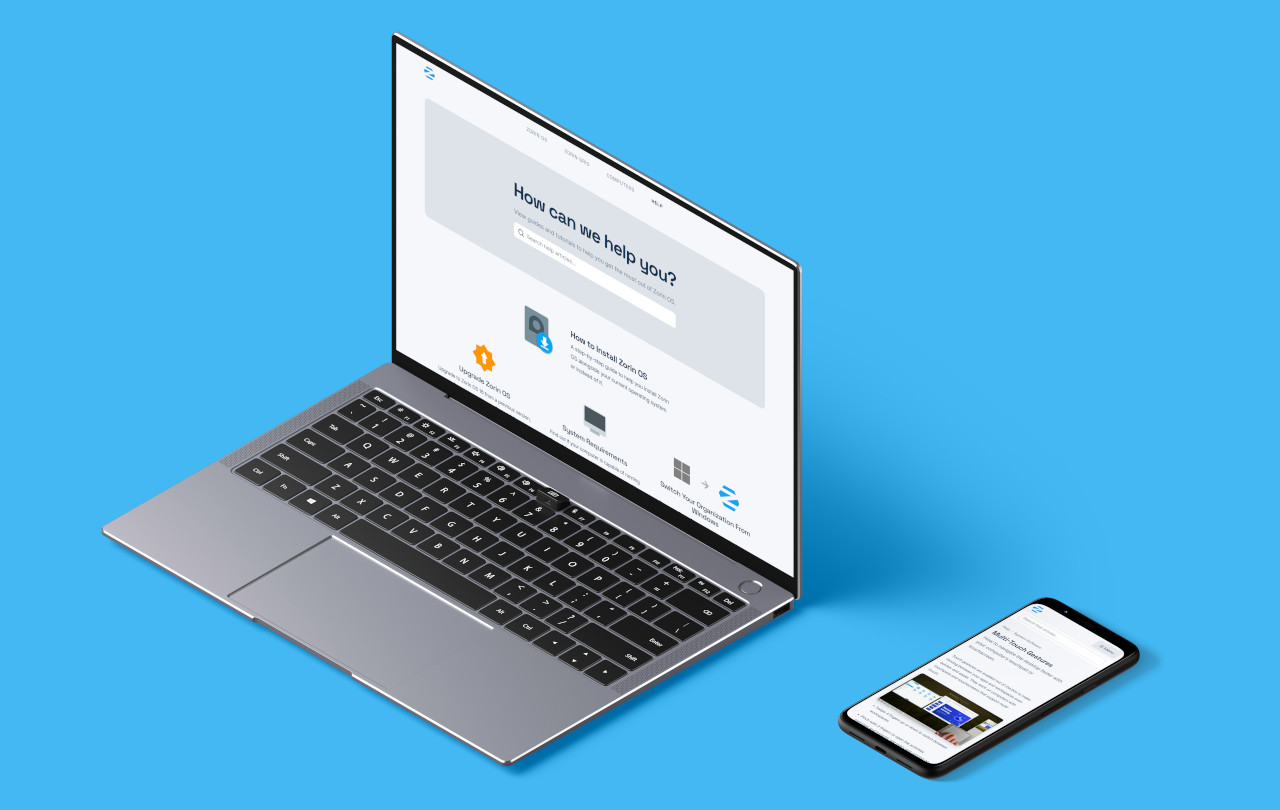 After months of work, we’re excited to launch Zorin Help: the easiest way to get help with Zorin OS and learn more about using the system. …

As well as a large number of changes witnessed in the release of Zorin OS 16 that made it friendlier and utilitarian to all users.

ZorinGroup has openly stated that the Direct Upgrade Option has been given High Priority. Given the evidence above, I believe that it is safe to conclude that the ZorinGroup is actively working on this.
I also agree with you; While actions speak louder than words, the reassurance of words helps. Having a Roadmap could do wonders for user retention and confidence.

While actions speak louder than words, the reassurance of words helps. Having a Roadmap could do wonders for user retention and confidence.

This ^ I was hesitant to install Zorin , because of the lack of direct upgrade option. Having an idea of when the feature may be available would help me decide the future of Zorin on my system/s .

Has noted right on the website on the home page at the bottom:
How long will Zorin OS get software updates for?
Zorin OS 16 will receive software updates and security patches until at least April 2025. We normally release major versions every 2 years, so you'll have plenty of time to upgrade to future versions to extend support.

16 just was release August 2021, so going by their own words on the website it won't be until 2023 for the next release.

I never understood this clamouring of when is the next update right after one has just been released. Having numerous updated releases is a recipe for disaster as that means nothing is being tested correctly before being released.

I never understood this clamouring of when is the next update right after one has just been released. Having numerous updated releases is a recipe for disaster as that means nothing is being tested correctly before being released.

Yes, we have seen posts asking for Zorin OS 17... Within a few days of the release of 16.
It boggles my mind.

because of the lack of direct upgrade option.

I have used the Ubuntu Direct Upgrade option.
I have not used the one offered by POP_OS.
I cannot vouch for any differences, should there be.
But for me... I have a very different view on this based on my experiences.

On Ubuntu, the direct upgrade option is slow and grueling. You must monitor it to confirm choices during the four hour process.
Some applications that do not have a release file for the next release version end up broken and this can affect Other Software. It made a mess of my sources, too.

Perhaps ZorinGroup will surprise me by making that a much less painless prospect but as it is currently, reinstalling Zorin OS is far more preferable, to me.
It offers a fresh clean start. Mistakes and clutter are swept away.
In the past few months, I have changed computers once, changed from Zorin OS 16 Beta to Core, from Core to Lite and one re-installation was done solely because I felt like it.
That is Four Times I have wiped and reloaded Zorin OS. I use a lot of specific Developer tools, that all must be installed and I also do funny things... I replace files in Root, even just to my own tastes... I change all the Icons in Gimp and the Background, so I must move this into /usr/share/gimp/2.0/... each time.
And the reason you now know is because I mention it. I have not complained or sought another way... it's a breeze compared to what the Ubuntu Direct Upgrade would do. Given a choice between the last four installs and Direct Upgrade - I choose the fresh installs, hands down.
Maybe it demonstrates my ability to go haywire and nuke my system in testing my own learning but... I guess I have it to an art form of fast, concise and organized transfer that takes about 50 minutes total.
And 30 mins of that is the OS Install.
I don't have time for the direct upgrade option.

I certainly respect hat others may have different priorities or needs. But it is worth noting a comparison of the two experiences and considering the options for those who have, perhaps, never experienced the Direct Upgrade approach.
It may not be what you hope it is.

With Ubuntu, I have always avoided the LTS to LTS upgrade option , but upgrading to the next release has been problem free for me for a long time. I dual boot on my main desktop as well and if not for that I would preform a clean installation every time.

If were to go back to using the bios to select boot priority rather than grub clean installations would be much easier. With that option one only has to disconnect the windows drive backup and install a new version. Back on topic, a roadmap for any project is a good idea as long as missed milestones are explained.

I never understood this clamouring

Thank you, this is perfect answer. I wonder why it's not public (on website). Communication is essential, various people use Zorin in various way, and it helps them to make informed decision

It is publicly posted on the website - indeed, that is where DeanG quoted it from:

It is on the website, all one has to do is read. I also stated in my response to you that I took it directly from the homepage at the bottom...

As for your upgrade comment, that is also stated on their website I believe in their help section as I remember seeing it. I am not going to go looking for it again.

Reading is fundamental to getting answers to questions one may have in what it is they are doing. The fault here isn't communication on Zorin's part, but on those who fail to read.

Reading is fundamental to getting answers to questions

Could'nt have said it better! taking the time to use the forum search engine shows initiative as opposed to relying on others to do it for you. But we have those...

Edit : okay back in my hole before I get in trouble

Why people asking about Zorin 17 if they get some time Zorin 16?
This is simple. They want more juicy from orange but like we know everything what good is finished. That why waiting for Zorin 17 could be good move if in linux world coming some ideas what change whole linux world. xD

That is very humoristic. xD Besides I understand sometimes digging all forum or topic and find some solution a this part where some topic have many sides answear and find this could be sometimes i will asking it gived some solution with one "word".