GIMP is a horrible name

How about GEM, Graphical Elements Manipulator?

Users can change the Display Name of applications as they appear in Menus:
https://www.addictivetips.com/ubuntu-linux-tips/change-name-apps/

There are many applications that have humorous names... For example the "Broadcast Using This Tool" app: B.U.T.T.
It's unlikely that many will change their names... But you can change them within your view to something you prefer.

In terminal commands, however, you must use the proper name.

I changed it to GEM in Main Menu. Also works for search.

I don't like thinking about crippled people or animals.

I don't like thinking about crippled people or animals.

Welll uhh... that was not the original meaning of the word. That was slang that changed the meaning...

Twisted silk, worsted, or cotton with cord or wire running through it, used chiefly as upholstery trimming.

Fishing line made of silk bound with wire.

I had near perfect SATs and never heard those. 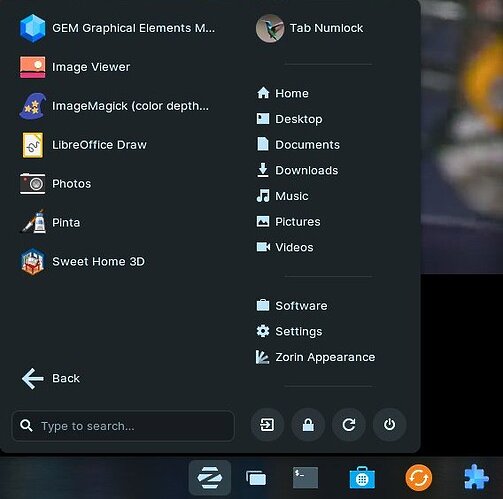 Indeed, GIMP is a horrible name. It stands for GNU/Linux IMPerator.

It's unfortunate the name, as this software has been around before the negative meaning came to be. There has been a fork of the project called "Glimpse". If the name offends then check it out.

I was about to try this out, just to see what it is like and if any differences between it and GIMP.
But the only offers for Linux are Flatpak, Snap or Appimage.
I dislike devs actively restricting me from using the Stable, Vetted and standard Package management system on all Debian based systems.
So Glimpse- can sit at the very bottom of the trash can with all other junk dripping on top of it.

(No offense to you rexx, your suggestions are good and welcome. I'm just tired of feeling like I am back on Microsoft while on Linux these days when devs assert their dominance over us users... and that feeling keeps increasing.)

Rename it to Photo Image Manipulation Program instead...

This post was flagged by the community and is temporarily hidden.

Rename it to Photo Image Manipulation Program instead...

Rename it to Graphics Image Manipulation Program instead...
...er maybe not

You can just call it by what it actually stands for instead of using the acronym. Not that there's anything wrong with it anyway.

General questions Is there a company or a foundation behind GIMP? Can I use GIMP commercially? What’s the GIMP’s license, and how do I comply with it? Someone sold or tried to sell me GIMP on a 3rd party website. Is this legal? Are you...

If you are offend by the name then it is because you choose to be offended. It is unreasonable for anyone to expect a long time name change due to the emotional weakness of others.

This is much the same as The Black B*tch changing its name because people with an agenda, felt the name was racist. Racist to what? A greyhound dog?

The simple thing is;
It is not unusual for someone to find humor offensive. You might go watch a comedian and be laughing while enjoying the show - until he hits one of your raw nerves.
That's what got Will Smith in trouble.

Intent matters. And when a bit of humor is offensive to a person, it really is the onus on that person to check themselves. They cannot demand that others cater to them.

To use Lou's example above:
Racism is very real and still very present in our society. It is imperative that we continue to confront and remove teachings that make racism seem acceptable. Ignoring or dismissing the problem means that needed changes don't happen. And much needs to change.
But Kevin Hart is Still a Funny Comedian. Even when his jokes uhh... get a little colored.
Being able to diffuse the ugly in human nature by poking fun at it is one of humanities greatest gifts.

Now...
I am going to don the Moderator Hat:

Just a general reminder to everyone that this is not an exclusive place here on the forum. Here, it does not matter how much melanin you happen to have in your skin or what your gender identity or preferences are. It's none of our business and you are all 100% welcome here to troubleshoot, help others and enjoy all Linux has to offer.
Be sure that we do not go out of our way not to Offend others - but rather - to Respect Others.
No one has the Right to go through life Unoffended. But here, they do have the Right to be Treated Respectfully.

Please everyone keep that in mind while creating comments here.

Somebody should send this thread to the GIMP people. Maybe I will. It should be GEM, BTW.

Honestly, the main prob with Linux is it is not a commercial product so does not have pro designers and marketers. Zorin is the only distro that looks like it was styled by professorial graphics artist. MSFT and Apple spend millions on those.

Protip: GEM looks much nicer if you turn on colored icons. And you can make it follow the system light/dark theme.

I think that project is dead, so using it would probably not be the best idea if you want continued development and updates.

While I don't find the name offensive at all, it sounds like what it is: a joke.

Branding is important - it affects perceptions drastically, be it for consumers, or potential contributors. GIMP is a serious project with a rich history and a comprehensive feature set, and I don't think its current name does it justice anymore. Unpacked, the acronym is too unwieldy and vague, and compressed, it is the word for a dude in a full-body fetish outfit.

Something straightforward and descriptive like 'GNU Photo Studio' (or whatever) and a visual identity overhaul would probably do its popularity some good. The 'Photo' word is key, as 'Photoshop' is a well-known brand with high mental availability, and it signals to potential customers that the product is squarely in the same competitive market as Photoshop and Affinity Photo.

Whatever they picked, it should be informed by sound marketing research. I feel the current name has been outgrown by the project and it's now a drag on its potential reach.

What I find hilarious is that they created this project primarily because of the name. And then they say this:

Our project also offers a more constructive path forward to people that have become frustrated by the GNU Image Manipulation Program developers’ long-standing decision to not change the name of their software. That means fewer people yelling at each other on social media, and more people working on the code.

Which implies that the people doing the yelling are the ones who didn't get the outcome they wanted.

By the way, Siri means a...hip in Japanese, so it is difficult to call "Hey, Siri" in Japan. However, there is no sign of Apple changing its name.

Linus Torvalds had wanted to call his invention Freax.

Ari Lemmke at Helsinki University of Technology (HUT), who was one of the volunteer administrators for the FTP server at the time, did not think that "Freax" was a good name. So, he named the project "Linux" on the server without consulting Torvalds.[15] Later, however, Torvalds consented to "Linux".

Bonus fact: Linus is actually a Swede. Lots of them in Finland since they once owned it.

BTW, I can only guess that the term "gimpy leg" comes from twisted leg. I would imagine a lot of people who broke a leg did not have it set properly.