How can i get the vanilla gnome theme?

Hello, i use Zorin Os 16 and i wanna install the vanilla gnome theme. I installed vanilla-gnome-desktop & vanilla-gnome-default-settings, but they still have the same shell. The only thing that changed is the lock screen. (by referring to vanilla gnome i mean the gnome that's used in for example fedora Linux.

First of all, welcome to the Zorin Forum.

Secondly, this should be in #customization.

and go into the appearence tab. There should be a theme and icon pack called 'Adwaita'.

Also, you can install and use the Cantarell font (the same font used in Fedora) (Apply in the font section). 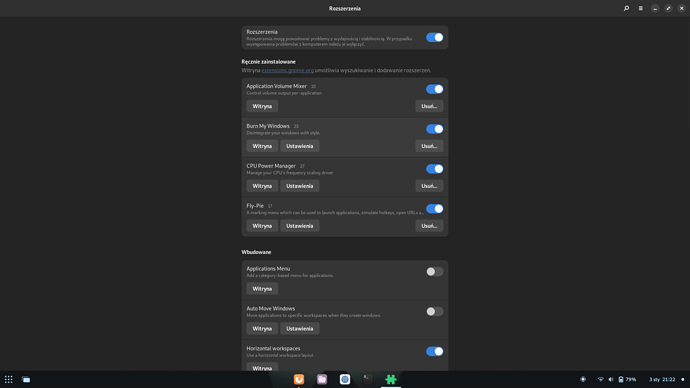 So it turns out the look i wanted is from gnome 4x. I will wait for zorin os to release with gnome 4x and then i will download it. Thanks! (mark this as done)

You're in the wrong app. It's GNOME Tweaks. Not GNOME Extensions.