How can I overclock my gpu?

Not long ago I found a tool called envycontrol which allows me to switch between dedicated (nvidia) or integrated (intel) graphics, it enables coolbits 28 so it allows me to overclock, but I realize that it doesn't, after installing GWE and overclocking, nothing happens, values don't change (technically I didn't overclock), so what can I do?

I have tried to change the coolbits manually, but this destroys my operating system and I have to reinstall it, I have already tried it more than once so I can confirm it. The only time I was able to overclock is with a tool called optimus-manager which unfortunately can only be used OK on the KDE Plasma desktop environment, actually I was thinking of copying the files it generates to the /etc/X11 folder and paste them in the same folder (but in another distribution). Thanks in advance

Maybe try MSI Afterburner? I don't know if there is a native Linux version, but you could try the WINE version if there isn't.

I dont think that will work. Same counts for bios exe files that cant be flashed either using wine. 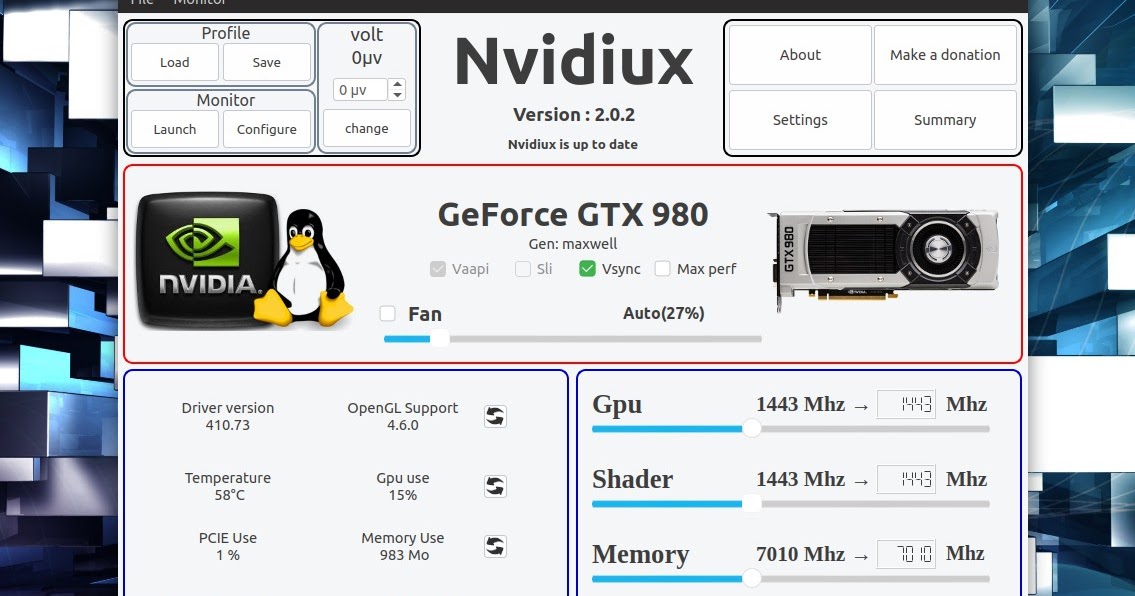 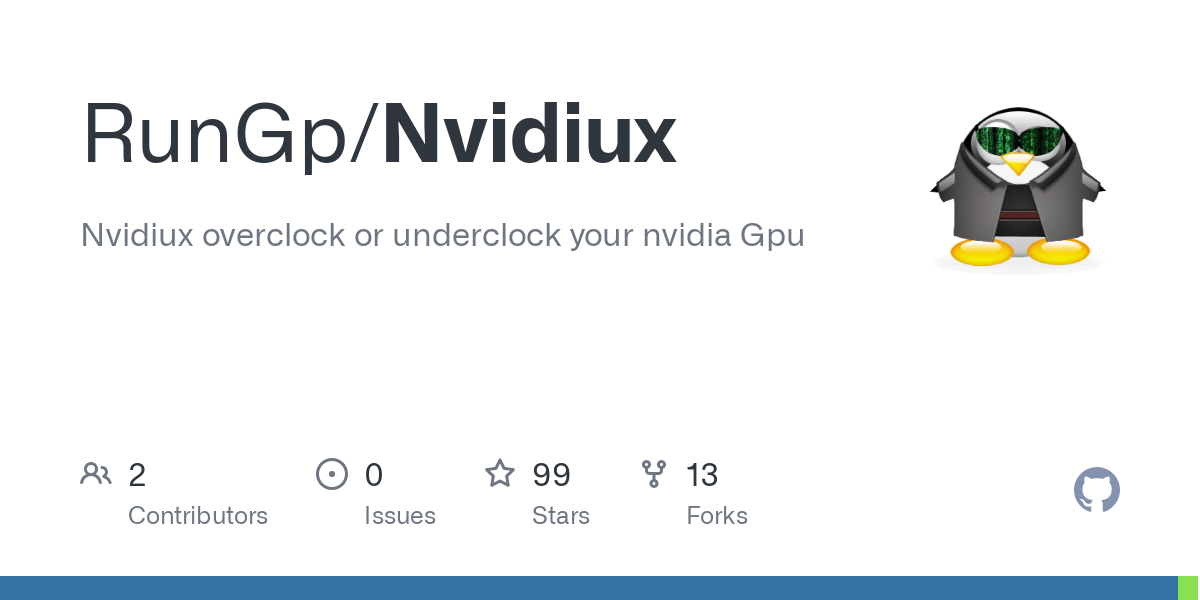 Nvidiux overclock or underclock your nvidia Gpu. Contribute to RunGp/Nvidiux development by creating an account on GitHub.

If it works in kde, then it's a QT based app and will require the qt libraries (which were so helpfully removed from Ubuntu starting in Ubuntu 16). You can add these libraries by opening the terminal and using sudo apt install qt5-default. This will enable you to run any qt app in gnome, provided the devs used and support qt5.