And it tried the commands said there and while I was running git clone https://chromium.googlesource.com/chromium/tools/depot_tools.git the downloading stopped for a few seconds and then continued the downloading process. But my system became too unresponsive and every click I use just opened whiskermenu. Pressed my power button and I tried to press shutdown using my mouse but it did not work anymore. I used my keyboard and pressed shutdown. I booted it up again and when I press my right mouse button I have to like press it a hundred times to get it to work. My xfce4 panel is missing and when I run 'xfce4-paneI -r' in my terminal I get 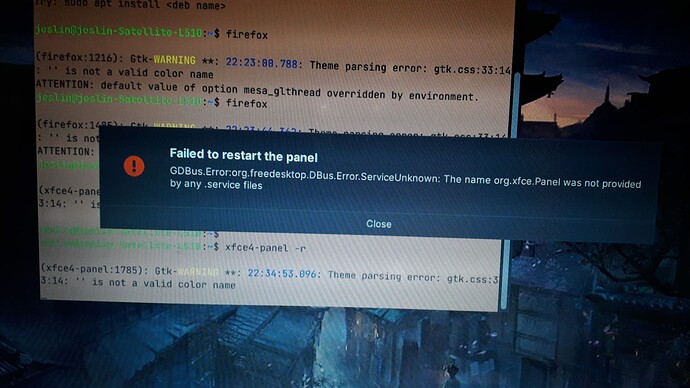 I restarted my laptop again and after I opened the terminal from right click menu, the window buttons like close minimize ect are not visible anymore. The whole title bar is missing.

Please help.
EDIT: One more thing, on my second boot my laptop showed a terminal with the following on boot 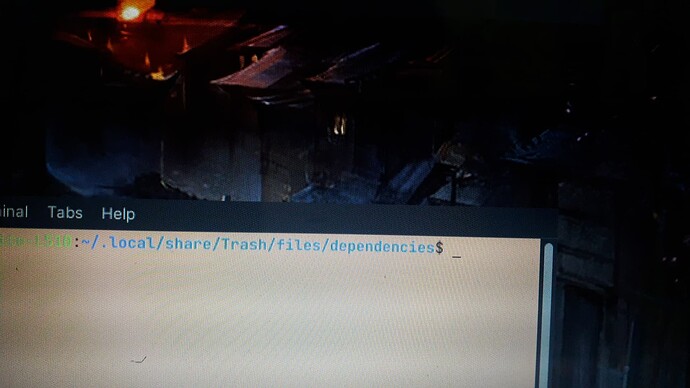 Also I found my Zori OS 16 Live USB that I used to install. Do I have any way other than reinstall to get my it back to working state.

And one more thing, if all these problems does not end up being the result of some mistake that I unknowingly made during installation, I am putting that tutorial to the wall of shame.

Running that command shouldn't destroy your DE... Could it be bad sectors on the HDD?

I did a scan with smartmontools and passed.

The instructions say to install:

Looking over that list, that contains things Zorin comes with and some things that should be safe. But... You seem to be having x11 troubles.
Try

Should I only remove these or should I remove all of them?

Do not remove cmake, cmake-data, libjson, ninja, git or librhash at this time. Try removing just the -dev packages.

I think it was not removed

That did not work either.

Sleep is for the weak. I am fine. Why are my ears buzzing?
I said I'm fine. Stupid dolphin ate my doughnuts.

Now that you removed those packages, try reinstalling the Zorin OS desktop
along with:

Reinstalling the OS or the Desktop?

Oh now I realized... You asked me to reinstall my desktop. Stupid me

Thought I was the sleepless braindead one?
I even included the handy terminal command and everything...

Thought I was the sleepless braindead one?

Yep, you are right. I've been sleeping a lot less and doing dumb stuff this whole week.