I thought windows 11 would be better

i've always used windows growing up for school and work and didn't think much of its issues really. any lag in opening applications, long reboot times, crashes, and hardware troubleshooting were just how all computers are.

i just finished trying windows 11 for 3 weeks and i'm disappointed that it hasn't gotten better by now. i still had all these same issues, plus just scratching the surface beyond the main settings page starts taking you to ugly window boxes with no consistent theme whatsoever. icons on my taskbar were all different shapes and sizes. still collecting every data point they can on you too. ugh then my laptop started crashing one night while trying to watch a tutorial video, literally like 3 or 4 times in a row i got the blue screen.

all that to say my windows excursion was short lived. the software i wanted to use on it just isn't worth the baggage of such a negative user experience. i switched back to zorin again today and omg things are running smooth as silk, as they should be. 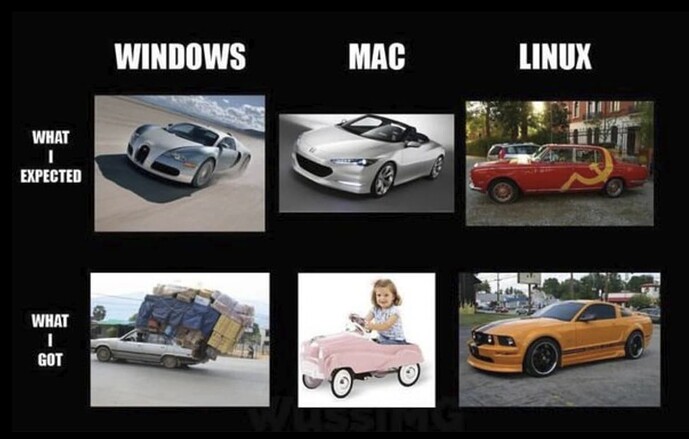 @Bourne Why run spyware inside a VM ... unless you have to!

I don't have. I have only W7 on another hard disk and only Zorin on another hard disk on the same a computer.
Spyware is skype what record what you opened websides with a voiced and record. Checked yesterday how it is possible when i don't talking to microphone but from video on youtube skype working on microphone like i talking to him. I don't know anyone checked that? How it is possible microphone can record something backdside. For me the new android version have also that also some win 11. I cannot trust internet.