I joined the Zorin Users at the tail end of Zorin os 12. Not long after, I heard that Zorin OS 15 was due and it would knock our socks off.
Zorin OS introduced Zorin Connect and other features.

But in my own opinion, when I first loaded up Zorin OS 16, I would say my socks were knocked off.
As I continued trying out the Alpha and the Beta, I would say that Zorin OS was trying to skin my feet.

With the Initial Official Release of Zorin OS, the forum was hopping. With eagerness to finally download the long awaited Release... With complaints about slow downloads (chuckle) and even with frustration when some things did not go as smoothly as we all might have hoped.

Even so... I would like to take a break from answering threads, offering sympathy if not solutions or reading troubleshooting to actually Thank the ZorinGroup for putting forth their Best Operating System, yet. Streaks faster than the very base it is built upon, with extensions that improve the Gnome Desktop Tenfold. Zorin OS 16 is sleek, fast and finely crafted with great care taken into considering each aspect of its many features. What is clear is that a lot of feedback supplied has been heard and addressed. While it is easy to get into negativity of complaints or troubleshooting...

On Behalf of All Zorin OS Users, young and old, new and experienced, Thank You Artyom and Kyrill Zorin for producing and distributing Zorin OS (16)... And Beyond.

My Feedback also - Zorin 16 Pro installs and runs without any problems at all! I installed on an older Dell Latitude e6330 and it seems it was made for this OS. It's very fast and a great looking system. Yes, I'm certainly glad I went with the Pro version and support the effort - Thanks Guys!

I agree with you. Zorin is such a beautiful distro, smooth, well designed and polished. Easy to install and easy to use. Just had issue with the Steam, but this seems like a Ubuntu based issue
Only cons on Zorin , hm, not on os, is dev/Zorin group communication, activity on forum, Twitter and other activities with Zorin os customers.

Surfing on other forums, reddit etc, people leaving Zorin only because of that reason. Lot of them had issues with buying Z16, installation issues and they contacted Zorin , but waiting week for reply is to much.

I hope that will change soon

I too am impressed. The quality is unmatched in any other operating system on the market. The Zorin Group has outdone themselves in this release. It is the only operating system I've seen so stable at alpha, improved upon with usable features recommended and original in beta... now to be also current with almost the latest kernel and security updates. You're education and passion show in your work. Please keep up the great work, the community looks forward to your next innovations and communication.

Massive thanks from me, too. Zorin OS 16 Pro (Minimal) runs super smoothly on an old HP EliteBook 2530p! It makes it a modern computer again

I was wondering one thing though: in some windows the icons are messed up. For example when downloading a file from Brave browser: 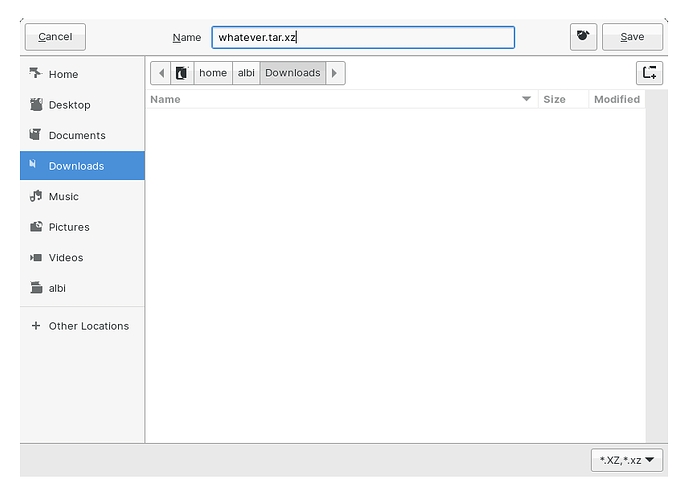 Is there a way to fix this?

Those are some awesome messed up icons. Can you please start a thread tagging azorin and zorink with the @ sign to report this issue under either feedback or General Help category?

Thank You Artyom and Kyrill Zorin for producing and distributing Zorin OS (16)... And Beyond.

Thanks everyone for your kind words and support! We're glad to hear you're enjoying Zorin OS 16!

Love the new version. I'm newer to Zorin, having started in 15.3, but can already tell how well made and polished Zorin 16 is.

When I turn off Bluetooth on ZOS 16 it survives reboot! Woohoo!

also fixed a bug that showed the screen for a second after resuming suspend. This was a big security flaw.