Yesterday (November 9th), a number of updates became available through the Software Update app. I installed all available updates.

I primarily use this computer for gaming. So after installing and rebooting, I opened up Steam to play some (Proton) games.

In all First-Person-Shooter games:

Games this is most prominent in:

I haven't noticed the phantom keyboard input problem anywhere outside of playing video games... but I am noticing the mouse getting stuck while using other apps / the desktop - albeit to a much lesser degree.

This issue was not happening until I performed the most recent updates.

When I performed the Zorin software updates, I noticed that a number of them related to "NVidia", so I decided to check the Additional Drivers app to see if a new NVidia driver had become available. Surely enough, I could now switch from 470 to 495. I was curious if maybe these issues where related to the video driver, so I went ahead and did that. Sadly, this did not improve anything... in fact I think it introduced a new problem.

When launching Steam, it is now completely black (cannot see any of the UI). The only way I can get Steam working correctly is if I open it in Big Picture mode, then exit Big Picture mode to the desktop.

Any advice will be greatly appreciated!

I do not play any game myself but I know some volunteers who are gamers. I will ask them to pitch in here to help you.
@Michel @Storm @StarTreker

The problem is i am using Pop! OS and i don't use Zorin for gaming. If a update broke something i can't help

As for the nvidia driver, i don't understand why everyone has issues with 470 or 495 drivers. I installed everything manually on my system (downloaded the driver from the nvidia site and installed it) and i have again zero issues.

Steam launch great here too, no issues. Do you use .deb package or flatpak ? 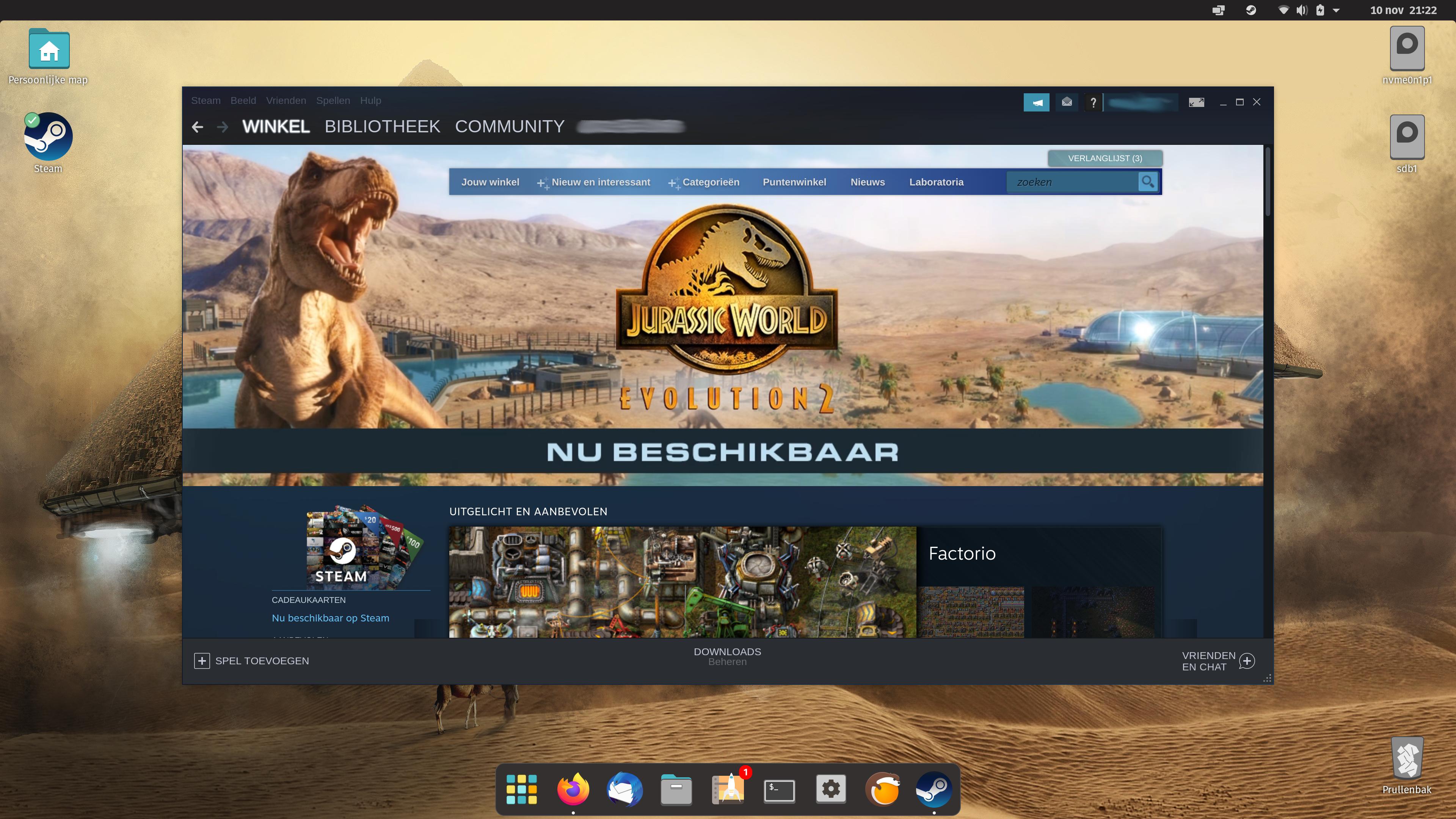 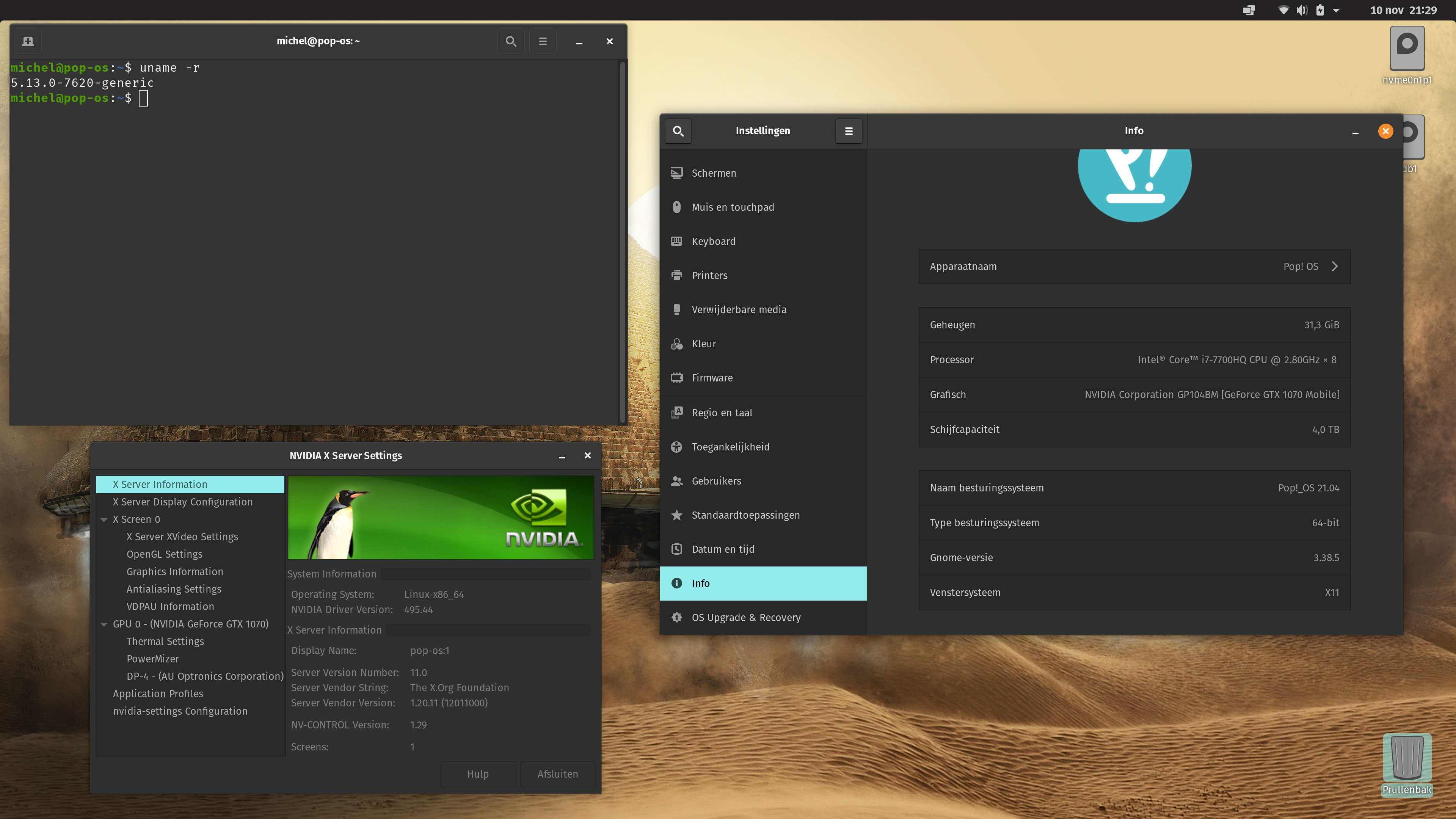 I don't have these issues, so I can't comment on the specific ones. However, I can comment on your driver use. You said what version driver you were using, but you neglected to mention weather your using PROPRIETARY or PROPRIETARY TESTED.

And before you ask, yes there is a difference, and yes it makes a big difference which one you use. You need to be using the PROPRIETARY only driver...

PS: Yes, looks like I need to update to the newer Nvidia driver that has been released. But that requires a restart after, and I don't feel like it right now, another time perhaps.

Hi @Michel and @StarTreker - thanks for the questions!

@Michel I am using the .deb version of Steam.

@StarTreker I am using just the Proprietary driver now. However, the previous 470 driver I was using was both Proprietary and Tested. See screenshot below: 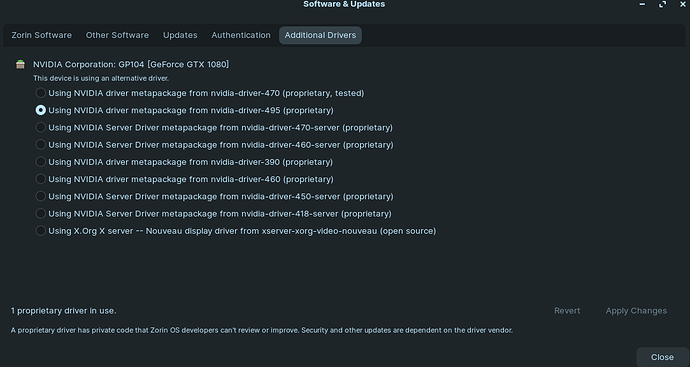 Thank you for switching to PROPRIETARY. Trust me when I say this, people, including myself, have had loads of issues with the TESTED versions. Glad to see you are on a PROPRIETARY driver, that issue should be solved. You are stellar!