So which office suite do you prefer? Zorin shows Libreoffice and Onlyoffice in the tour app but...

Libreoffice comes installed with Zorin but Onlyoffice works best with MS Office files which I prefer over .odt files (even though Libreoffice supports them).

I can only vote for Libreoffice since it's the only one I've ever used. However, had a pretty good experience overall.

Sadly I can't vote! During lockdown working from home, only a few months earlier, I had purchased a 5 machine licence of SoftMaker Office for just under £24. This meant I could put say SoftMaker Office on two Windows machines, two GNU/Linux machines, and one on a Mac. The workflow was much better than with MS Office and I could also save to pdf. The Windows version has an old but fully functioning MathType the current version of which costs £69 per year per machine. It's called Equation Editor in SoftMaker Office but is much better than the Windows equivalent which is basically a cut down version of MathType. The two shortfalls with SoftMaker Office were font spacing which used % instead of points which meant typing a line of text in LibreOffice Writer, applying the font spacing Pts needed for student with low vision, saving the document as a .docx file then open up in TextMaker 2018 to find out the % value of the point spacing. The other issue was lack of image compression - this is where LibreOffice scores highly, even over MS Word 2019 on a works machine the compression function would not hold because of Network Office Templates which didn't meet our service needs. LibreOffice also scored highly with its Draw application. I was working on a mock A Level physics paper when my hard drive started to fail. After installing replacement drive and Devuan 3 I was able to use LibreOffice Draw to view the corrupted pdf and extract the images I had originally modified in Inkscape. Only Office is good online and on the Desktop. So my ranking would be:

There are still somethings that LibreOffice shines through on and that is it has been translated into more languages than MS Office, so in retrospect, LibreOffice gets my vote because it is in effect helping reduce the digital divide.

I use Abiword when I write Manuscripts. It works fine for that.

Thanks for reminding me, not tested OnlyOffice for this but Abi Word does not work with Orca the screen reader where LibreOffice does, so for anyone with sightloss LibreOffice is the clear winner. I always think that applications and Operating Systems need to be developed for people with limited abilities out of the box as the base line.

I use Libre and Master PDF Editor 5 for PDF files ....

I don't use office software, so I don't want any of it pre-installed.

I don't use any office😂
Most of my work is making Data Codes which can be easily done using notepad or idle, IDK why people like heavy applications like Microsoft Office do the same work that notepad does

I use FreeOffice from Softmaker. This has a better compatibility to MS-Office

Personally, I prefer OnlyOffice and WPS Office for linux, but recent versions of WPS Office are bugged.
The only problem I have with LibreOffice is that it does not have a light/dark mode toggle. The dark mode of libreoffice has issues with the tabbed layout which I use because I am a MS Office migrant. I like the light mode better anyway, so even if dark mode did not have any issues I would still prefer to use it in the light mode.

libreoffice miss a lot of features but is the best because it's stable without bugs,and it's support all languages, other r suitable for english language only

I have to use the light mode for my writing surface but the rest of the layout I customized using the settings in Libre Writer ..... so it isn't to bad .... I never used MS Office before so I don't know if this would work for you or not ....

I have found it difficult to find a alternative to MS Office that copes properly with graphs created originally in Excel. They do not view well in Libre Office for sure. Suggestions welcome.

Actually the problem that I have with LibreOffice is the same as that of @UncleNo.1:

Some Intro Firstly thank you so much for this amazing office one thing I find good in this is literally you can export your file to multiple formats and every feature present in microsoft office is here before I was thinking that what is this but now I am too happy. Problem When you have dark mode turned on some buttons and some text is not visible properly I hope it will be fixed in next update. Examples [image] [image] [image]

It's really strange that no one has tried to fix this issue even though there already are several bug reports on this case.

I see you are using a custom theme. The problem is that I am using the default theme and the black texts have almost no contrast with the ribbon background.

It's being addressed in recent releases. For now experimental and for Windows only, however. 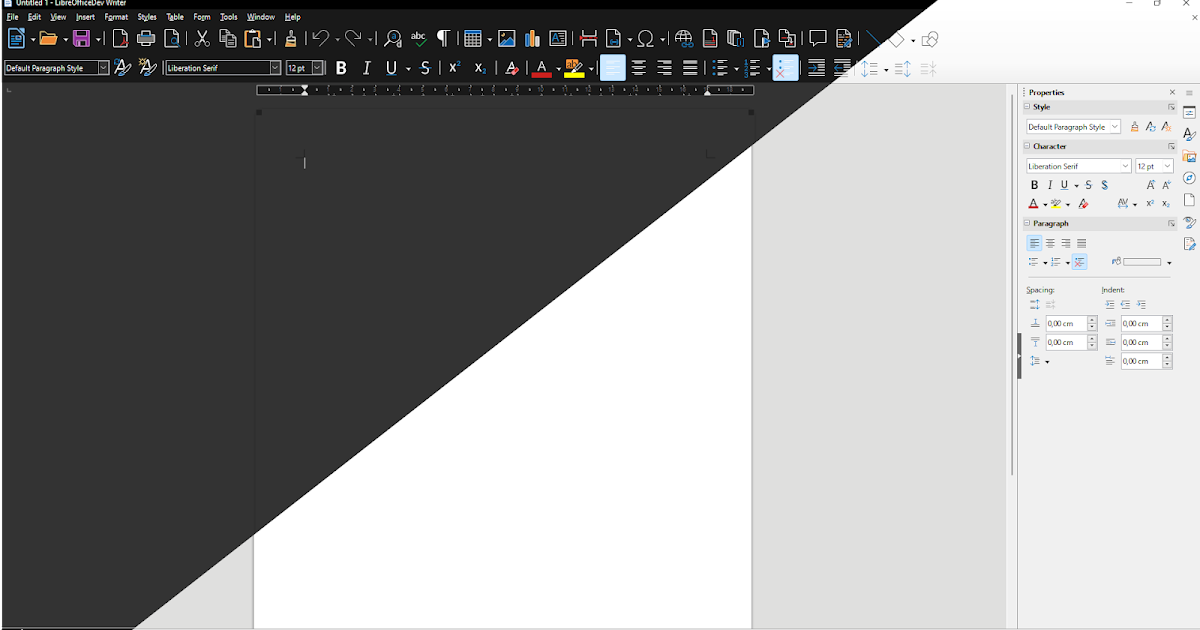 I'm working in a Windows network on files sitting in a network share, and I'm living in spreadsheets every single day. With that in mind, interoperability with Office .xlsx files is absolute priority for me and I generally find that OnlyOffice is far better at these files than LibreOffice Calc, which destroys Tables and PivotTables in workbooks.

Every now and again, I will need a function or two for a workbook that OnlyOffice can't handle, in which case I've also got a copy of Office 2019 installed via Crossover. I keep this around to make sure that my changes to a workbook made in OnlyOffice are showing up correctly for my Excel-using colleagues as well.

For a while I was using WPS Office for my spreadsheeting as it does have a much more complete feature set than OnlyOffice, but it's getting quite buggy with recent releases and I'd rather use a FOSS solution where it's practical.

I'd vote for ONLYOFFICE because of the Microsoft Office compatibility.
Microsoft Office is wide spread and you might get in trouble when someone sends you for example a .docx file and you open it in LibreOffice.

A great benefit is the possibility to work with your files on a cloud, for example on Nextcloud.

ONLYOFFICE is availlable crossplatform for desktop and mobile devices.

Finally it is to mention, that it is open source too.

I see a greater benefit in ONLYOFFICE.

I know LibreIOffice is widely spread on Linux distros but in my opinion ONLYOFFICE fits better in the concept of Zorin OS, making a switch from a Windows system to a Linux system more easy.

In my opinion ONLYOFFICE should be the stadard office suite on Zorin OS.
Manjaro already made that step.

Still SoftMaker Office for me as the only Office Suite compatible with MS Office during lockdown. There wasn't much call for spreadsheet work apart from using PlanMaker in creating Student Timetables and saved to .xlsx format. I did have to advise base that some School Departments needed to upgrade their .ppt files to .pptx as the former would not open correctly in SoftMaker Presentations. The Ribbon in TextMaker was much better laid out than MSOffice, you can actually delete a table in text maker, extracted text from a Table in Okular would default to Basic Roman but not a problem. Having made the desired font for the document all that needed to be done was highlight all the cells then press Ctrl+ Space and Voila! The text is instantly transformed to the document's default font. The other neat item is that shapes could have text within them. A boon when creating phonetic flash cards for early learners. So much time was saved in document production.