When I upgraded to Zorin on my Macbook Pro Retina, I've been having a minor battery issue. I'm not sure if it's the OS or my battery. When I charge to 89%, my Mac charger turns from orange to green. It goes further than 89%, but if I do and disconnect the charger, it drops to 89%. My other computers don't seem to do this.

Some common battery problems are :-

I hope this will help you identify your problem

OK, let's start with... how do I check battery health? 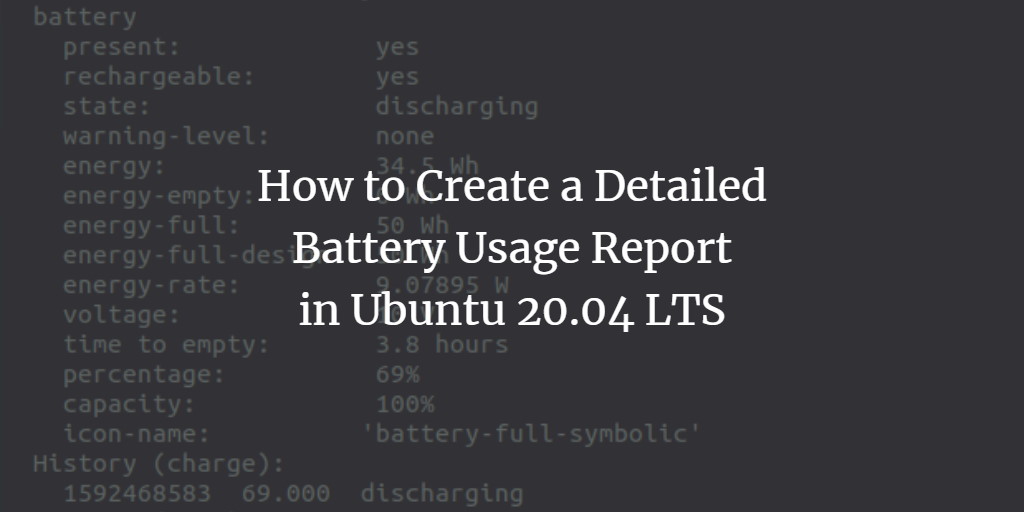 How to Create a Detailed Battery Usage Report in Ubuntu 20.04 LTS

If you use any of your devices that operate on a battery quite often, then it gets very important for you to keep an eye on your power consumption. At times when you overlook this aspect…

You may need to calibrate the battery meter under ZorinOS. To do that you need to do a full charge then full discharge cycle (at least).

Most of the battery is being used by background apps. (installed without users notice)

I did a fresh install of Pro, so I don't think there were any background apps draining my battery.

I've got my screen brightness below halfway.

My Mac is early 2015, it shouldn't deplete while it's suspended right?

Restating services or opening or starting app without preload installed leads to additional battery usage due to high memory consumption caused due to the restart of the service.

But that's the system starts up. My issue occurs at any time.

A constant drain for Linux is Wifi and Bluetooth. Turn off when not in use.

I have bluetooth off, and using Wifi almost constantly.

You may need to calibrate the battery meter under ZorinOS. To do that you need to do a full charge then full discharge cycle (at least).

I second this. Please calibrate the battery for the Linux sensor.
I usually suggest two or even three full cycles...
It's rare that calibration does not work. If it doesn't, it may mean the battery is at fault.

It may say 95% when it is actually full due to incorrect meter calibration, so discharge and full charge again. (repeat if needed).