My Rock'n Media Conky I Built

Note: if you are not a Conky fan pls don't use this thread to voice it. Just move along. This is for Conky lovers or Conky curious only, thx.

My name is Tink and I'm a Conkaholic.

I've just celebrated my 1 yr Linux anniversary (from Winwoes) and have learned lots in this time. Thought I would share my new conky media I built. I borrowed some code/design from a compilation of other conkies, but the engine of it (the bash scripts) I wrote myself. I'm so proud. I went from knowing nothing, to actual coding 1 yr later. (Hope this encourages all of you who are new.

The clock on the left is my conky. When no media is playing, this is how it looks. 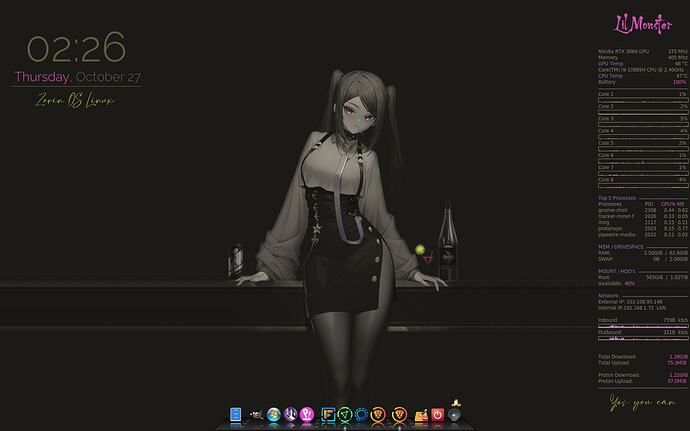 BUT, as soon I play something, the Zorin OS text disappears and the player info displays... all in the background, of course.

In FireFox it displays: Youtube, Rumble, Odysee, Spotify or any online media with cover art... 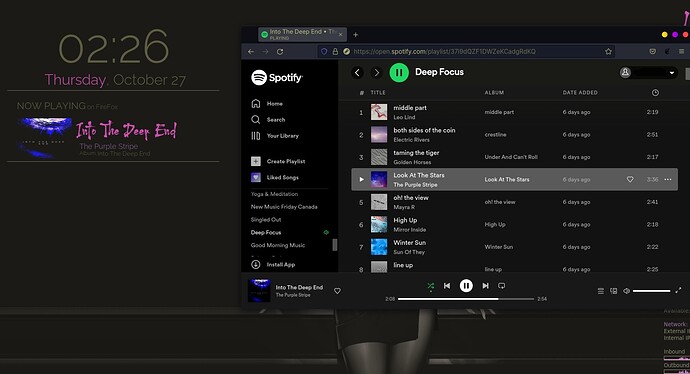 Same for Brave, minus cover art bc it isn't available in chromium browsers... 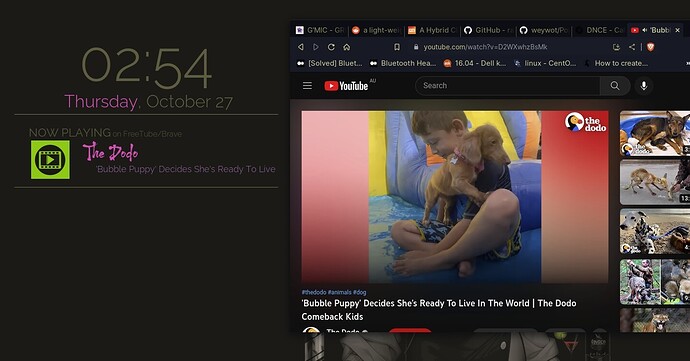 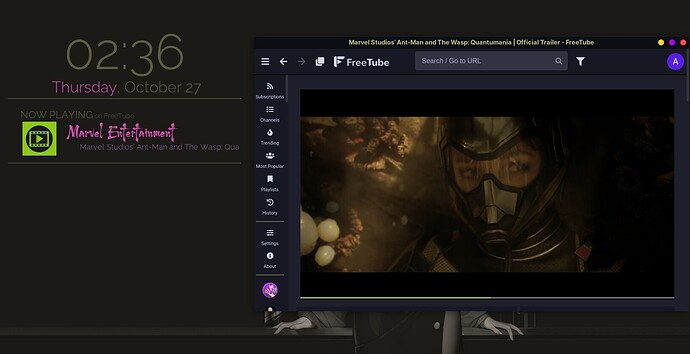 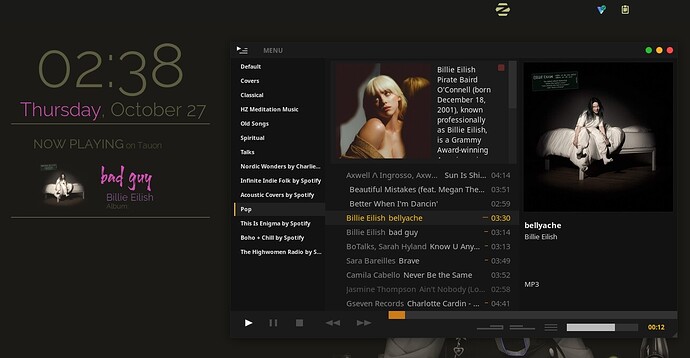 And VLC... still working to get cover art to display here. 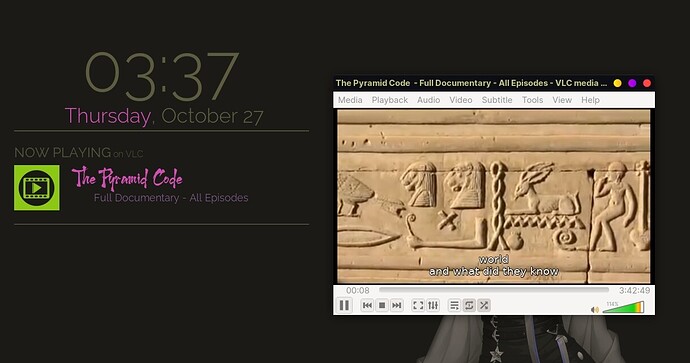 I've coded it to display covert art if available, and if not it reverts to an icon instead.

Once the media closes, it returns back to the clock. 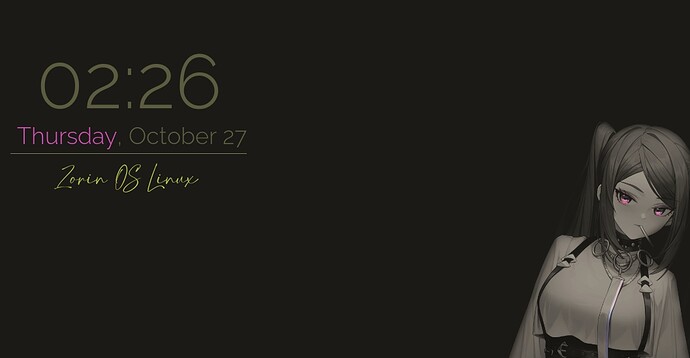 I want the scripts to see if I can get it working with Exaile.

It replaced Audacious for me.

Aaahhh, yep. Okay. I'm certain it will work with it. Will DM you with the scripts. 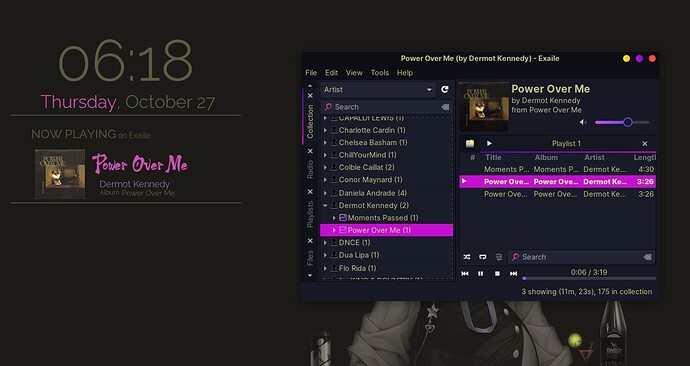 Conky working on some special DE?

No, @Tink kindly added another media player (Exaile) to the script and supplied a copy to me.
It works on XFCE, Gnome and Cinnamon, so probably any distro that runs conky can handle it just fine. 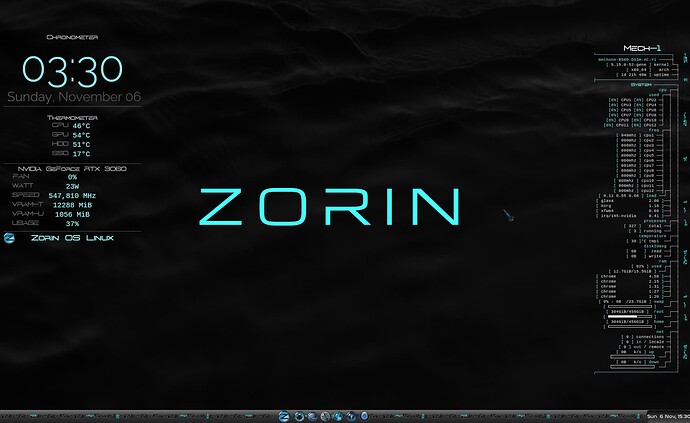 With Exaile running (That is Glava equalizer running at the bottom).: 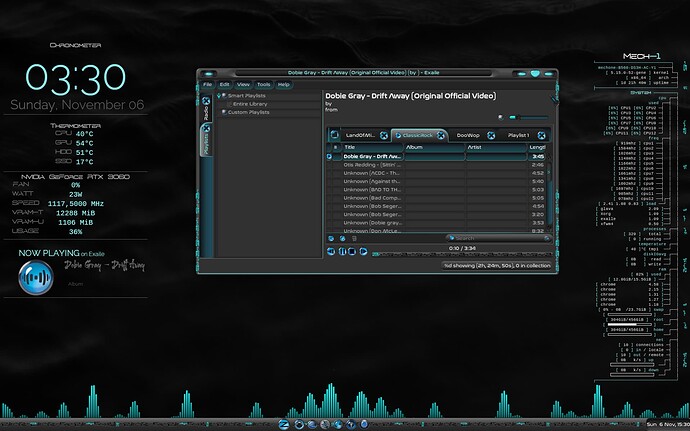