If you have Discovered a new Software please take some time to explain and encourage new users for trying it. Share your knowledge with Everyone 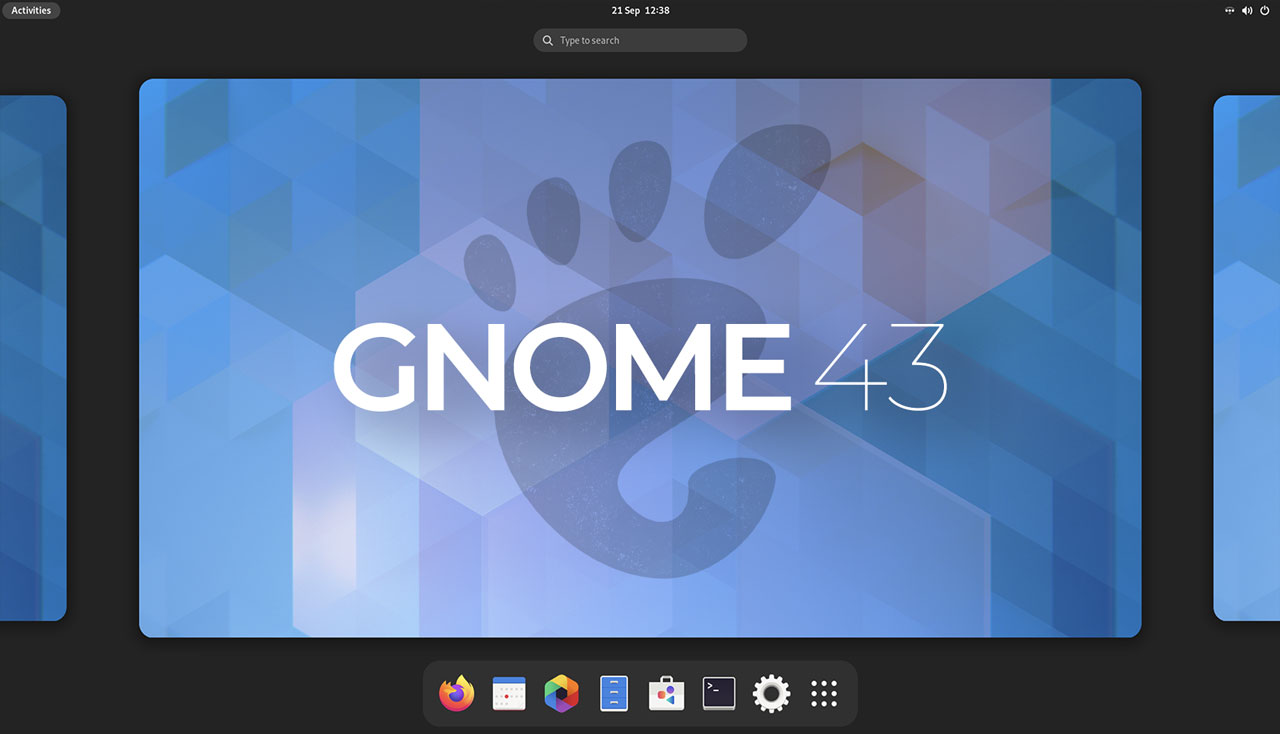 GNOME 43 Has Been Released, This is What's New - OMG! Ubuntu!

Whether you're an eager GNOME acolyte or just a casual admirer, there is a lot to enjoy in the latest version of the GNOME desktop environment.

I Recently tried Epiphany, It is a minimal browser that offers a clean and elegant user experience. You cannot sync your bookmarks or history, so you need to manually export them if you want to back them up or transfer to another browser. Still trying to get used to it but it's Great

I Tried Lutris a Steam alternative, Among the many different Linux gaming platforms, aggregators, launchers, and frontends, Lutris is the one that has given me the highest success rates so far, by a nice margin. I was most pleasantly surprised that it can support both the Linux and Windows versions of Steam side by side, and that you don't need too much technical expertise to install games. The runners do all the black magic for you. Very cool

Komikku: A Free and Open-Source Manga Reader for Linux - It's FOSS

Kommiku is a feature-rich manga reader available exclusively for Linux. Try it out!

It is not an easy task to find a good PDF editor for Linux. But we still tried to create a list of PDF editing tools in Linux for you.

I Still Prefer itch.io, It is a fantastic digital-distribution platform, but it is important to remember it predominantly features a certain type of game. The highest-profile releases are indie darlings, such as Treachery in Beatdown City and Return of Obra Dinn. These aren't exactly Call of Duty or Halo, so if those big-budget titles are the games you want, you need to look elsewhere.

I want to share my experience with xfdashboard, Xfdashboard is a little-known gem that provides a application management interface that is somewhat similar to the GNOME shell dashboard and the macOS Mission Control interface. It presents an overview of all the windows on a given virtual desktop with a separate xfdashboard instance on each screen on multi-monitor setups. GNU/Linux distributions do not tend to integrate Xfdashboard with the Xfce desktop environment they ship on their Xfce spins so most Xfce users are blissfully unaware of its existence

I found xfdashboard quiet recently, But, I cannot say I am a great fan of the interface. It is more like a Bloatware.

I Wanted to Share my experience with Mozilla Thunderbird, The predecessor to Thunderbird was released in 2003 by the Mozilla Foundation , a non-profit tech firm best known for its popular web browser; Firefox. It was called Minotaur and, in its early days, failed to gain momentum. But, with the success of the Mozilla Firefox browser, demand for an email client abound, and Mozilla revived its mail client under the Thunderbird name and migrated it to a new toolkit.

You can even use the Thunderbird app to manage multiple emails from one spot. It supports three email providers; Gmail , GMX Mail , and Outlook . If you have an email with any of these services, just go to Thunderbird’s login page and input the correct credentials. It’ll redirect you to the domain of your email provider where you’ll need to grant Thunderbird permission. Afterward, you’re good to go.

KMPlayer is a multimedia player but not a simple video player. A proper multimedia player is essential on any system since almost everyone would like to get entertainment on their digital devices. Since released, KMPlayer free player has gained enormous popularity and become first priority for music and movie lovers.

qBittorrent is a free and open source torrent client that helps users download content off the internet. It is one of the very few torrent clients that offers a minimalist and ad-free user interface, while the application itself is lightweight.

qBittorrent started in 2006 and is one of the oldest torrent clients that is still being actively developed. It is available for all the major operating systems, including Windows, macOS, and Linux, offering a similar torrenting experience across these platforms.

One of the key highlights of qBittorrent is that it is entirely free and doesn’t have a premium version that promises additional features at a cost.

I used Anaconda for almost 2 years. It creating and setting up virtual environments is very easy in anaconda. Apart from pre-existing libraries, other libraries can be easily installed with the help of anaconda navigator. It is all you need if you are into data analytics or data science. Easy package managing using Conda terminal, and package manager. Moreover it anaconda comes with multiple IDEs such as Jupyter Notebook, Spider etc. For python it comes with scipy, numpy, and pandas along with their dependencies. It takes time to startup. In addition to that, it consumes huge amount of CPU resources, which lead to slow performance.

VB-Audio CABLE is a Windows Audio Driver working as a Virtual Audio Cable. After installing the VB-CABLE driver, a new playback device appears in the audio device list and can be set as default device. VB-CABLE can be set as the default device, just like any regular audio device. The Configure and Properties buttons allow to setup multi-channel features and device sound quality. All signal coming in the CABLE input is going to the CABLE output. This makes it simple to record the audio stream using some other application.

Falkon and QupZilla may be the same product, but just re-branding it has already improved the overall impression. Not by a huge margin, but enough to make it interesting. Once you start using it, you do realize that it's a mix of good and odd, much like the predecessor, with some really brilliant and dubious choices packaged together. Adblocking, session manager versus fuzzy interface, missing spellcheck and database plaintext thingie. Then, the behavior is nowhere near as stellar, lithe or fast as it should be.

Still, this has been my most successful QupZilla-ed experience so far. Falkon was stable, it did not crash, there were no errors, and overall, it worked well. But the sense of unease remains. I can't put my finger to it, but there's just something slightly out of place with it. Not sure what it is. But whatever it is, it's probably the reason why there hasn't been that much uptake with this native KDE Internet-giving program. Once that part is sorted out, Plasma may have a nice and friendly browser. Worth testing, and try not to be dissuaded by the oddness.

I Still Prefer mpv, MPV is surely the only original video player project born in these years; on Windows, the visual quality (thanks to a lot of different video scalers) is very good, even if the trio MPC-HC + LAV Filters + madVR (or on Intel IGPU like mine HD4400 also with EVR - Intel DXVA context adaptive video scaler, Lanczos4 based) is a bit superior, with the same scaler (ex. Lanczos4). But on some areas MPV is IMHO superior to the trio: better color management, lots of different settings and customizations with the config file, better online streaming video support, faster and more evoluted seeking, better use of DXVA hardware acceleration using dxva copy-back and D3D11 rendering path (same for LAV + madVR). The lack of GUI is also surely a limit for different cases and situations. Drag and drop should be a possibility, not a limit. There are different ways to make a GUI, there's no nedd of an overwhelming one PotPlayer like.

Dolphin is a very simple and easy to use file manager for KDE desktop. It offers only a few basic features as it's a file manager focused on speed and optimization, but that's all it is - a file manager. It could never be a substitute for Konqueror or other advanced file manager because it doesn't support advanced functions such as searching or viewing files.

The first time you run Dolphin, you'll notice a very simple interface, divided into five sections: the menu bar, the toolbar, the location bar, the workspace and status bar. The menu bar contains Dolphin's menus: File, Edit, View, Go, Tools and Settings. The toolbar consists of buttons that act as a shortcut to various functions. The user can choose what buttons will be available in the toolbar and which won't. The location bar displays the current directory path and has two versions: first is the typical line input version which shows the current path as text, while the second uses the 'bread crumb' display which displays each folder as a link. The workspace section shows the contents of the current directory. Users can configure how the workspace displays directories: either as icons, details or previews. 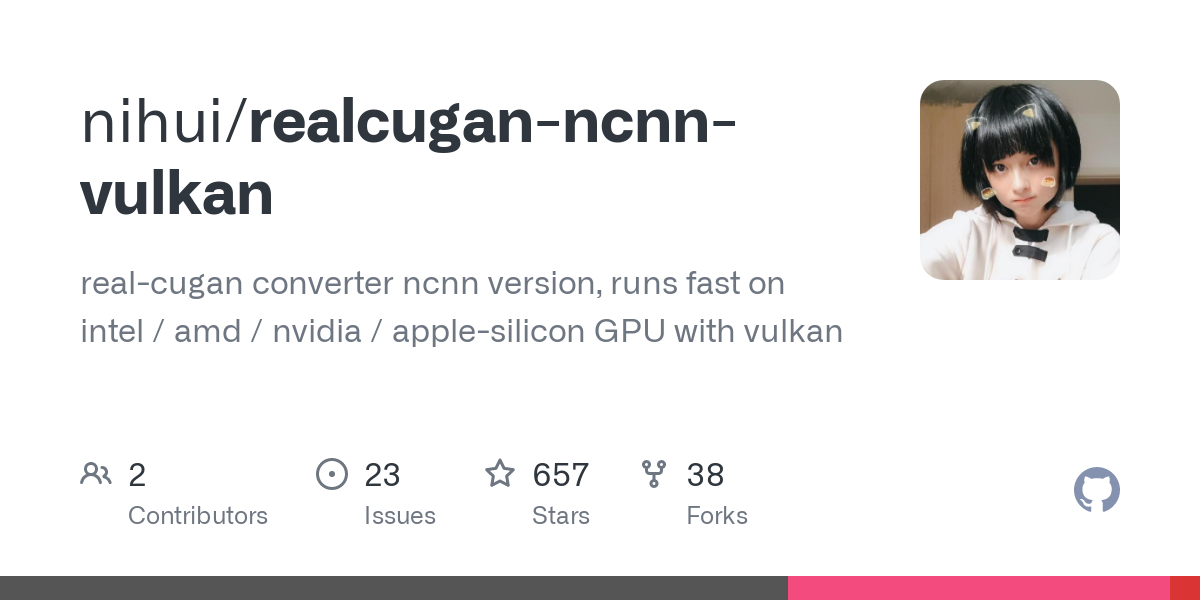 This program is still in the development stage, but it can upscale anime pictures at high quality and high speed.