Node and Npm can be distrubed 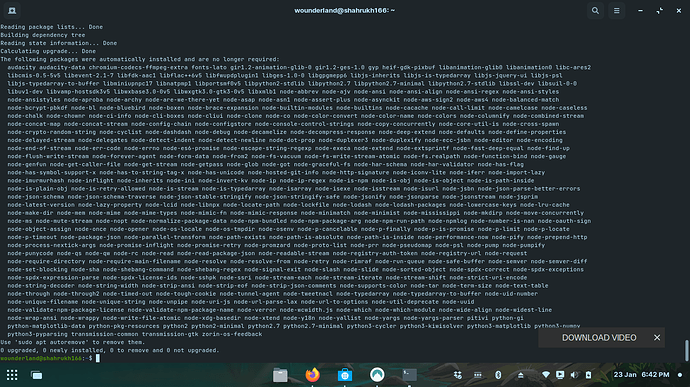 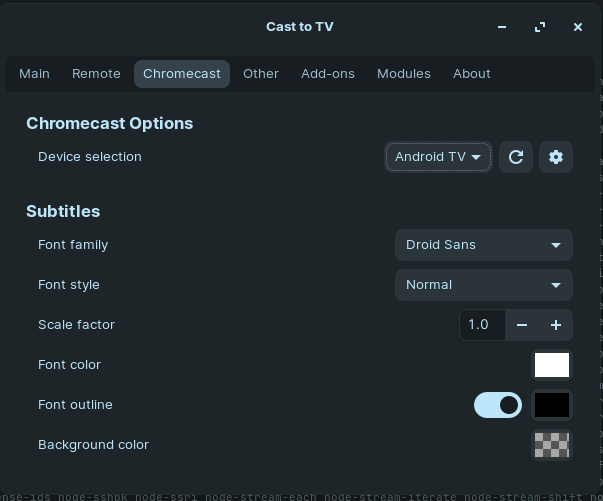 As it says at the top.The following were auto installed, & are Not needed.

You Do not have to run autoremove, It will do it automatically on next update.

Node version 14 will reach end-of-life in a few months. You might want to update to the latest long term support (LTS) version instead, currently at 18.

Did you install through the default package manager? I'm surprised it's so out of date... You can find more up-to-date versions through nodesource:

@zenzen I stayed on node 14 because it's compatible with cast features using gnome extensions and previously I install a lot of time from node sources Curl's bases as the latest 12 16 18 but errors of npm didn't gnome yet till now.

here you can see it 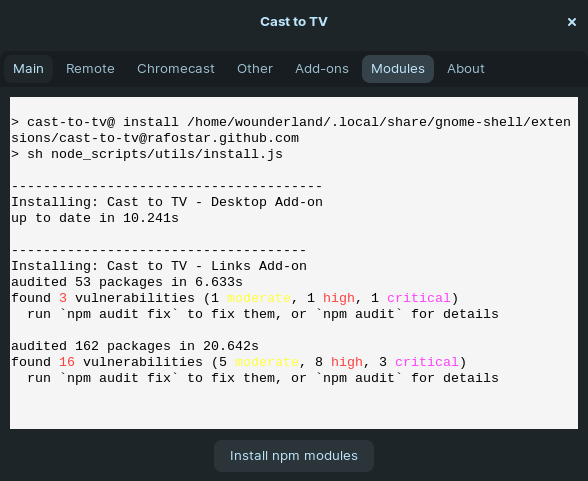 I have no idea if this will work on other versions of Node, sorry... the best test you can do is try

You still have a few months until this versions reaches end-of-life so you can confirm if this works in the meantime.