Hey, I have yet another poll for you.
Do you prefer an Nvidia, Intel (integrated or discrete) or AMD GPU?

I can't edit as the system is preventing me from doing so. (Cannot change a poll after the first 5 minutes)

I've never used an Nvidia GPU before, so I don't know what it's like.

Great comparison, comparing each GPU to a car.

Not being sarcastic or anything.

Well i preffer a car GPU cheap,good, working many a years and most important service i mean drivers working on any operating system without problems.

What drivers dont work for nvidia or amd ??? I never ever had 1 single issue with driver support

Having started with Windows before being enlightened with GNU/Linux, my experience was to go with nVidia all the time. Never had a particular liking for AMD. But to begin with, not heard of much these days, I was (and still am to a degree) an ardent fan of Matrox. On my first PC I got the Matrox Mystique 220 with Rainbow Runner add-on card for video capture, the Matrox 3D card for those wonderful Matrox Screensaver with the floating glowing night light over the matrox logo, and a few years back, I purchased a refurbished Matrox Analog TV card, just weeks before Analog was turned off! Aaaarrrggghh!

Different people have different experiennces. A friend of mine always had issues with nVidia and always stuck with AMD. I do have a VooDoo 3dfx TV card with DVD decoder in a drawer somewhere. Never got round to trying 3dfx cards - heard they easily overheated.

I also have a Creative Labs Video Card somewhere that was needed for some games to run if memory served correctly. The RIVA TNT2 is a graphics processing unit manufactured by Nvidia starting in early 1999. The chip is codenamed "NV5" because it is the 5th graphics chip design by Nvidia, succeeding the RIVA TNT (NV4). RIVA is an acronym for Real-time Interactive Video and Animation accelerator. The "TNT" suffix refers to the chip's ability to work on two texels at once (TwiN Texel). Nvidia removed RIVA from the name later in the chip's lifetime. The TNT2 core features the same basic dual-pipeline layout as t...

When you research a forum here with amd or nvidia drivers then you can seeing the people have problems. Mostly this is problem not operating system but drivers nvidia or amd. Check news how they melt new graphic card amd rx and check how some new nvidia gpu card are trash.

NVIDIA and AMD are designed for Windows

. Linux is extra, and yet they do a fantastic job with drivers.

You know this you just try to pis me off...again.

I really miss the glory days of the ATI-GPU's a lot. AMD took over and it all sank really fast to 'cheap production' for the media-computers out there.

Nvidia is great IF it works on a Linux platform. So does my old version run great on the Open Source driver Nouveau. And yes, as a global administration has great advantages on razor sharp displayed fonts on the screen where my eyes don't get fatigued in the workflow. Intel HD GPU is there a little bit behind the reality.
Gaming is always the best on consoles such as PlayStation, XBox, ....., to name a few. So that is not an arguement for a computer running a Nvidia-GPU, that gaming is great ..... there is a lot more professional issues why a Nvidia is maybe the best of all in Graphic Designs, Online Adobe use, CAT-programs, Lightworks Video-edits and so on ...... The real power of Linux is I hope more in those areas.
So if professional roll-out of Linux really happen, I'm sure that Nvidia-platforms in laptops and desktops will be 100% more prefered than a 'cheaper Intel HD' .... AMD is also great on fonts-rendering onscreen, but I don't know about the rest.

I bought a cheapest gpu on market. Working all games what need expensive a card. Why? Because all games in a cloud.
The language python,c++ or another still the same. Why some games working on some graphic cards better? It depends if the firmware what was wrote on gpu was on vulkan or directx and if the gpu card is vulkan and a game for vulkan then this is better performance. The bussiness model which graphic card is better for me is tricky. Besides this new technology gpu what working on 4K? It is working? No because our eyes can seeing max dpi I remember Steve Jobs explained that on some videos.

I really miss the glory days of the ATI-GPU's a lot.

The first ATI card i bought when they had a better gpu compared to nvidia was the ATI HD 4870, i even added a custom cooler with heat sinks to that card to cool it to 28c idle

This was my card 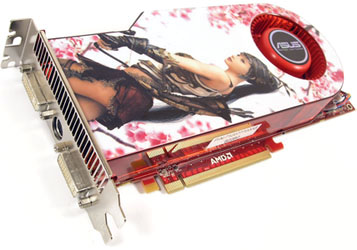 And i added a scythe musashi cooler to it 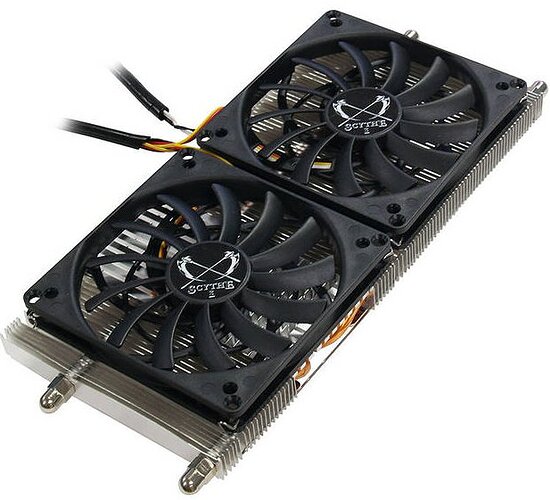 I bought a cheapest gpu on market. Working all games what need expensive a card. Why? Because all games in a cloud.

Cloud here you go ! It's not only just games that need a good GPU. Just plain text could make a world of difference between needing glasses after 5 years of work, or just remain to have perfect eyesight.
I am constant in Google's Suite Cloud(s) .... it really makes a big difference after some hours of use. And, of course, a quality of monitor or screen makes it the perfect feast for work.

Gaming is always the best on consoles such as PlayStation, XBox,

I don’t agree with this but that is personal taste anyway.

I have a gaming laptop bought in december 2017, yet it play all games perfectly fine on high or max settings. Newer games from last year run also great at medium settings. Lego Star Wars the skywalker saga runs at max settings.

Well it depends for preferences.

I have a computer that has an ATI Radeon Xpress 200M GPU that wasn't really meant for gaming, even still, it ran some old games alright.