How do I install pop os shell on Zorin? Seems like it's not possible with zorin.

You know how to install it on Zorin?

Honestly, I have never tried. Might be easier to just install POP_OS.
You might look into the PopOS Gnome shell extension detailed here:

This article explains how to install Pop Shell tiling extension on Ubuntu 20.04, Debian Bullseye or Sid, and Arch Linux / Manjaro.

That article would apply to Zorin OS 16.

Oh. That's disappointing. By the way, when will Zorin 16 be released?

I am not sure of a final release date, but the Beta is available now. It is what I am using daily and am typing to you from it.
And I have quite simply- had no problems with it whatsoever. Beta testing report: 0%.

Is it possible for me to switch to beta?

Just a general question, which OS(ubuntu derivative) do you like other than Zorin?

I like Mint, MX Linux, Devuan. I hear a lot of great things about PoP_OS! though I have never used it. For a major lightweight - Puppy Linux or Antix are just fun.
Of the above, Devuan takes top choice for non-systemd and privacy.
MX Linux takes the top choice for usability, thoroughness and UI.

I use Zorin as out of all the distros I have tried, it gives the best performance.

Cool. Devuan? I am hearing it for the first time. 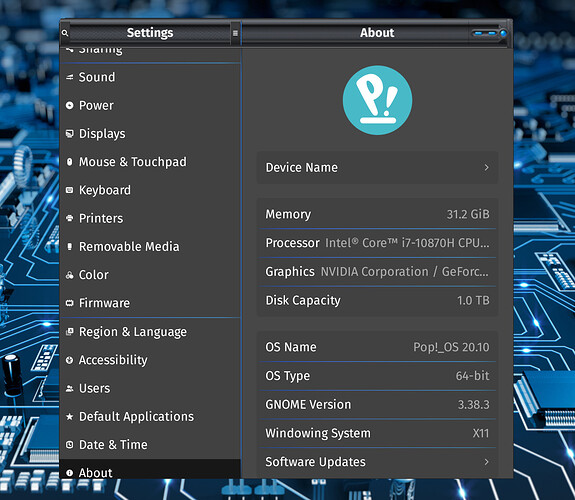 To be perfectly honest, I love POP OS! Originally, I was waiting for Zorin OS 16 to be released, but its release date got pushed back. And because I was buying a brand new 2021 computer with top end hardware, I required the latest kernals and driver availability.

This meant that OS 15.3 was out of the question, especially since its using dated Ubuntu 18.04! As you can see by my screenshots, POP OS 20.10 uses Gnome shell 3.83, and kernal version 5.11. This provides compatibility with newer hardware.

POP OS is an awesome, it comes pre-installed with the latest Nvidia driver, so there is no need to hunt that down. And it comes with 0 bloatware, with just a few utilities to get you started, Firefox web browser, and Libre Office for all your office based needs.

Its basically an OS for gamers, multi-media enthusiasts, and developers. I could have sworn I had downloaded an XFCE desktop version of POP OS when I originally downloaded it, but as it turned out, I got the Gnome version.

And while being on this OS hasn't been 100% smooth sailing for everything that I have been doing on it, I'd like to say that it has been 95% awesome. Do I feel that it is a lite OS? No, it can't be because its Gnome, a known resource hog. 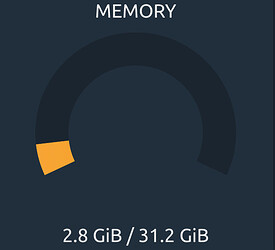 So, its not a lite based OS no, as a true lite OS, would only draw about maybe 1.5GB of total RAM usage or less. But its important to note that the OS is peppier then old Zorin versions, like OS 12.4 for example, which I have extensive experience with.

While, OS 16 has been reported by Aravisian to be a super quick OS, as long as you can wait for its full release, then sure, by all means wait for it and get it. But I needed an OS right away that would function with my new computer, so POP OS is what I chose.

Would I recommend POP OS for beginners? While it is true, that the OS does not have a UI that looks like Windows, surprisingly, yes I do recommend it. It takes time to get used to the top bar, or the application dock on the left when you pull up activities.

But POP OS is something beginners can get used to. And considering it comes with the latest Nvidia driver right out of the box, it takes a lot of the guess work and hassle, from having to install a graphics driver. You install the OS, and it just works, plain and simple. And to be honest, thats what beginners want.

Now, when you want to do more techy related stuff, ya, like any Linux distribution, terminal is going to become your tool. But everyday tasks, can be done in the GUI, and thats what most people care about anyways. I've been happily gaming, doing production work, surfing the web, and streaming, since switching to POP OS.

Hopefully, I have been helpful. If there is anything specific you'd like to know, please by all means ask, and I'll answer as soon as I am able.