People over the internet seem to like the new DE so much whereas I did not find anything interesting, neither could I spot any new features (I could be wrong and I know that it is still in development).
What I think the problem with linux is that the freedom that linux provides is also the cause of its unpopularity. By freedom, I mean freedom of choice. I am not saying that they should force a particular distro or DE to new user. What I mean is that they should create distros that would be easier to understand by Linux novices. Most linux distros are very difficult to start with and users who have not done much research often start distro hopping to find the right one. 75% of world's population still use windows but only 2% use Linux. Linux developers should think of welcoming the non-tech-savvy users than constantly improving/changing the user experience of already existing users. Maybe if users did not have to open the terminal for every single thing, Linux would have had better market shares. Maybe, if they fixed the bugs before releasing their OS, Linux would have better reviews.
As far as gnome is concerned, it feels like it has been developed by the company which has a foolish CEO. Who wants to release their production as fast as possible. (In fact I am patiently waiting for Z 16 Lite myself).

It's so sad so many people are out of touch in this thread wanting EVERY distro to be fully customizable but don't use arch or gentoo. Just a bunch of wannabes

I feel like this forum is super strange because this thread doesn't represent most zorin users either. It's branded towards people that don't have linux as a hobby but just want a professional operating system

IDK why some of you people even are moderators here. Just seems like madness

This is exactly one of the reasons why I don't participate on here anymore in a professional capacity, I am getting so sick and tired of members coming on this forum, attacking other's, and starting stuff. All in an effort to turn this forum into Reddit.

It turns an otherwise welcoming place, into a place of pure hell. And I most certainly do not want to deal with it anymore, so I myself have declined being a moderator here. Why would I want to be a mod, and have to constantly deal with people like you?

WOW, do you make friends everyday with that line? Or do you get punched in the face by those you say that to in real life? Or are you perhaps a poser, using your anonymity on the internet, to spread your toxicity? Your a real class act. <<<--- That was sarcasm, cause nobody on this forum is gonna believe that.

Where I draw the line however, is when a person chooses to be downright nasty, and attack others. Aravisian is right, you violated the site guidelines, which anybody can view in the FAQ. I don't respect personal or public attacks.

If you get banned on this site, just know, you will have had yourself to blame. But thanks to people like you, I've decided, its not worth working here. I don't need this toxic BS. And you can enjoy sitting on my ignore list, hope you enjoy being there, totally ignored.

Yes, let's please keep this thread on track as an earnest discussion about ideas and principles, not as a dueling ground against other members.
There should be no reason to have to close the thread debilitating the Free Exchange of Ideas.

I am getting so sick and tired of members coming on this forum, attacking other's, and starting stuff. All in an effort to turn this forum into Reddit.

Rather than instigating a frames-o-war, I would like to suggest to take an advantage of "ignore list" function of the forum.

You can add member(s) who's posting you wish not to see any more. Setting bellow, you can also block any private messages from those persona non grate.

Make sure to click "Save Settings" at the end.

After a good keester knocking, I have made great use of the ignore function. The power of the ignore button shall be well utilized. 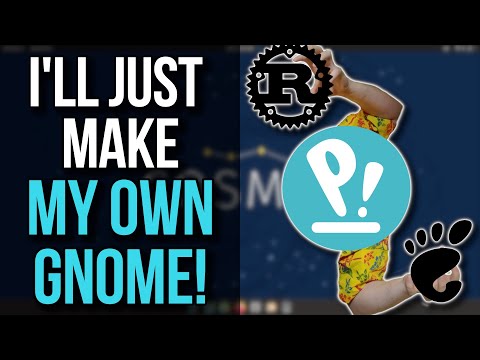 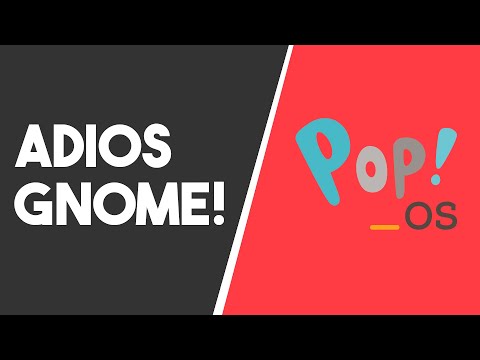 The whole reason that Ubuntu created Unity was because they didn't like where gnome 3 was going. Ubuntu was using gnome 2 at the time, and rather than go to gnome 3, they created their own DE.

It was a hard sell at first but after a couple of iterations and improvements, it was much better than gnome 3. They did eventually give up at maintaining Unity but it was surprising that they went with gnome instead of something else, like KDE. I stopped using Ubuntu when they went back to gnome.

I still miss the global search although that is coming to KDE in wayland.
The choices of DE's are many, but the underlying frameworks are 2 basically. There is Enlightenment ofc, but the most used by far are GTK and QT.
Another library or framework is always welcome in my opinion.
I'm very interested to see how the new popos will turn out, how it looks and functions. - (copied)

The whole reason that Ubuntu created Unity was because they didn't like where gnome 3 was going.

Cinnamon coming from Mint and this distribution also comes from Ireland like a Zorin.

Yep, when it comes to Linux, everything is a fork of something. And that is part of the problem, too many distro's, too many forks, nobody can agree on just one distro to focus all their efforts on. So in turn, nobody respects Linux, still to this day, Linux gets no respect.

With Linux, you got oodles of distro's, where nobody really agrees on the best distro to focus all efforts on. Then when you combine that fact, with the other fact that there is no market share, you get the problems we see today, with a bunch of half baked OS's, and half baked support.

People wonder why people are unhappy with Gnome and Ubuntu. Well gee, I wonder why. Maybe cause Gnome smells like dead fish on a city bus? I tell ya, its time to move on, I for one am glad that POP OS is developing their own DE.

Its time for Zorin OS to move on away from Gnome as well. The Zorins never come on the forum to discuss such matters, but if they did, I would be all too happy to hear what direction they want to go for Zorin OS Core.

Will the Core experience remain the status quo with Gnome? Or, will the Zorins bring us a new DE experience? Ahhhhh, that is the question is it not? Their silence leaves one to reflect an eternities repose.

The problem in Linux they don't shoot the ball into the same goal.
If not using GNOME then light GUI lxde,xfce,mate,cinnamon is better choice?

In terminal Zorin is awesome using only 237mb RAM without desktop after login.

If I remember your husband using Mx Linux with gui XFCE? Wright?

Yes, and his daughter is using Mint XFCE.

I liked a light gui. I am wondering Zorin Lite what light gui it will be? Maybe users could vote?

I am wondering Zorin Lite what light gui it will be? Maybe users could vote?

There is a balance between the lightness and some eye-candies.
MX Linux comes with 2 DEs pre-installed.
XFCE and Fluxbox
https://mxlinux.org/xbox

Fluxbox is much lighter but it is also less attractive and less intuitive than XFCE.

Gnome has their own insular vision of how they want to develop their desktop, and as a result they do not tend to accept ideas from third parties. That is why so many forks have sprung up after Gnome 3. We also see so many popular extensions like Arc Menu, Dash-to-Dock, and Dash-to-Panel that Gnome refuses to consider. Those popular extensions break on every Gnome release because the API is unstable.
There was a recent row over libadwaita and some developers got into public arguments against Gnome ( Budgie and Pop OS if I recall correctly). libadwaita makes theming much more difficult for third parties. We will have to see how much feedback Gnome accepts from Ubuntu since they modify stock Gnome.
The FACTS about GNOME’s plans for THEMES - YouTube more info about GNOME.

Well I am a person what open all things if it will be also a box pandora. My curiosity to discover something if this can broken a system or do that unstable. I wondering if Zorin can created from scratch to my peripherals device. What could be more faster and stable without another libraries and packages. It is possible?