Resolution changes on every boot

hello,
I just installed Zorin Lite on my 15 year old pc and it works fine and I really love it but when ever I boot the resolution changes from 1280x1024(native monitor resolution) to 1024x768.plss help ;-; edit: now I cant even change it to 1280x1024 its not even available

Is the PC using onboard graphics adapter or separate graphics card?

on board (intel q35 chipset)

All I could find is a downloadable .exe file which claims to contain Linux driver within it here:

I would scan the file for malware before using.

an Exe file with a Linux driver?
That's seems pretty suspicious to me.

I agree which is what I said in the previous post, perhaps in a roundabout way. I have seen this package on two different websites.

.exe files are generally for Windows. But this does not mean that they can exclusively only be used on Windows.
The majority of .exe files contain Windows-Specific portions and dependencies. But, if an .exe file contains only cross-compatible dependencies that work on Linux, then that file will also work on Linux.
Windows OS uses gtk (2) and QT, as well. Many applications that users are familiar with on Windows, were built on Linux using QT, and only mildly adapted to Windows.

Will the xrandr --newmode 1280x1024 (following commands require you to replace the ellipses with your actual output I.D. and Resolution) xrandr --addmode... xrandr --output... commands work?
You may need to check the cable to your monitor if you have an external monitor.

that did work but my resolution is off centered and has slim black bars on the side. when I go to the Display app on top it says 'monitor' when its supposed to be my monitor's name (HP'L1 or something) so the 1280x1024_75 can be chosen. I think the problem has to be with refresh rate cuz the custom resolution's (black bar one) refresh rate it 74.9 and on the native resolution its 75.0 sorry for my English as it's not my first language. Thank you 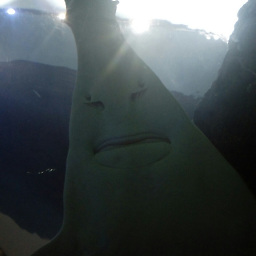 Resolution Resets After Every Reboot