Hello. Since installing Zorin 16 OS (Core) in my laptop, the screen sometimes experiences flashes, as if the brightness dimmed or blinked for less than a second, returning to normal quickly after. When it happens, it does so multiple times in succession, and it won't stop until after a while. I don't know the reason why this is happening and would appreciate any help you could give me for a solution!

Hello everyone! I'm completely new to the Linux game, been a Windows user all my life. My main workstation still has Windows 10 installed, but there's one I bought for a very cheap price in case my main one failed for any reason or another - it's where I work, and I can't afford NOT to work at the moment, ha!

Laptop for sometime now has turned very, very slow. I installed Linux, more specifically the Zorin distro since I heard how quick it could turn old laptops with Windows installed and how similar the experience was. I installed the Core version by the way. I've seen some improvement in terms of speed, but don't know if I could get my laptop to be faster with the Lite version, or if my laptop specs are just too bad to be as fast as I want it to be. I'd appreciate any suggestions on this area too!

Anyways, this leads to the issue I started to have. Sometimes when using my laptop, screen starts to "blink" - closest thing to how I can describe it is as if the lights in the screen dimmed for less than half a second, then returned to normal right after. It happens multiple times in succession, and when it happens, it takes a bit of time before everything returns back to normal. This didn't happen when Windows 10 was installed, so you can imagine I'm having trouble figuring out what's going on.

If it helps to know, system didn't find any errors while the OS was being installed. 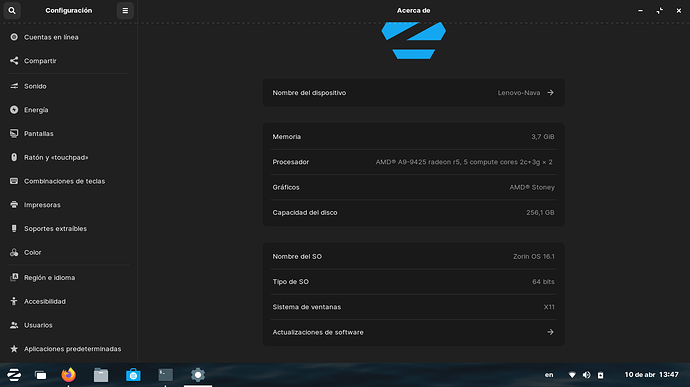 Would really appreciate any help you could give me for a solution! Let me know if I have to share any system information with you (and please, would appreciate to know how to get it for you, since I'm a noob at this, ha!).

(Didn't know if I had to post this on the General Help section or in the Hardware Support one instead, so I apologize in advance for that!).

The tips here may help you: