i have install zorin 15.3 and i have problem Screenshots. when make Ctrl+Shift +Print after take screenshot i force to logout.

I am not sure why the log out- I would need to check the common keyboard shortcuts… But to take a screenshot in Zorin, you need only press the ‘prtscrn’ PrintScreen key

I Have Zorin installed in my old laptop asus u36sd , and its running well

but in my PC i7 gen10th and internal VGA intel 630 its got trouble using same action.

Ah, I understand, now. It is not logging you out, the desktop is crashing, causing you to have to log back in.

I am running Ultimate Lite… I just tested this on my machine.
with gnome screenshot, I get the same error. I do not get the error with XFCE4-screenshooter: 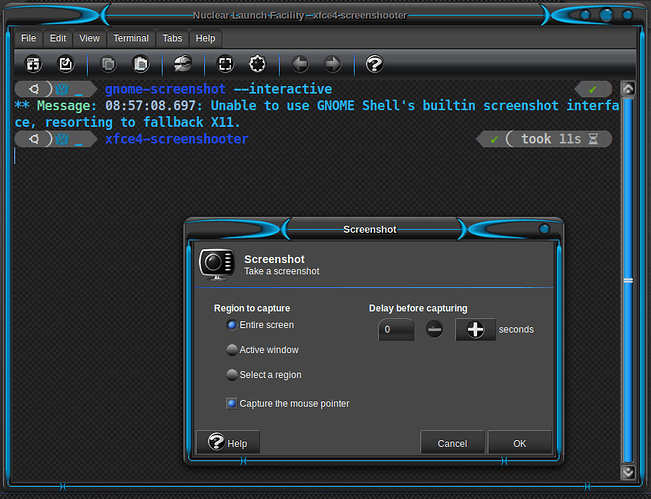 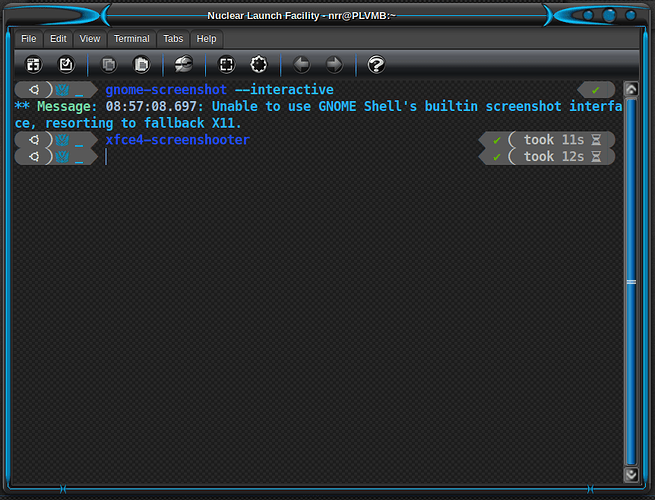 I did a Bug Search and found several references, including this one:

If you are comfortable with using an alternative; you can install xfce4-screenshooter, instead of using gnome-screenshot. THis looks like GnomeScreenshot is holding the cards.

You can manually remove the existing shortcut, then create a new shortcut with those same keys for a different screenshot application.

I certainly understand your frustration, especially after your first response, me, misunderstood you in this thread… But if this is a bug (and a recurring one, apparently. It affected early Ubuntu, as well, from 2012, 2013, 2019 and 2020) in gnome-screenshot, then I can not think of anyway we could create a proper solution real quick.
If you just Really prefer the Gnome Screenshot application over tthe XFCE4 one, you could also try Mate-Screenshot which is built from a stable build and re-change the keyboard shortcut as suggested above.

That is weird. I have Core and am having no problems with Gnome Scheenshot utility. I wonder what may be different in Ultimate.

Thank you every body. already solve i add file .pam_environment in my home directory clear working like charm