Surprised no icon tweaks in 16.1 Core

All I see is colors under Appearance, no other icons in Settings. Is it a Program? Enabling 3rd party stuff is a learning curve for me ATM. Most other distros have icons tweaks beyond the default. And the default in Core is crude.

Other icon themes you can use are managed using Gnome Tweaks utility. You will need to install it. Search for "Tweaks" in the Software app.

Added comment:
The only other icon theme installed by default is Adwaita. But it will not follow the accent color you might select - it's just blue and may not offer some icons needed in Zorin OS. The same will be true of any other icon theme you might install.

Tweaks as far as what?

If you want different icons, just place them in your ./icons folder and select them.

You also can install Gnome Tweaks if you want other options.

Thanks all. I installed and launched Gnome Tweaks and under icons there wasn't much except Zorin and Adwaita, so I picked Adwaita and next ZorinOrangeLight... that's IT? Hmmmmmmmmm.

You have to download them from www.gnome-look.org and install them in ~/.icons then you can pick that icon theme.

thanks, I will browse there when back at my pc.

Zorin os is further optimized than bad Ubuntu, rigorously tested with the patches and modifications the Zorin's implement, including custom desktop layouts and basic theming. Further modifications to icon sets, mouse pointers, and every other customizable visuals of the os are for the user to find a way to modify.

Could you imagine the size of Zorin OS if they were to include every conceivable customization available for the os? Not to mention that would also mean that the devs would have to know at least the most commonly used themes for Ubuntu based distros, if not be able to know everyone's preferences.

It's a careful balance that the devs only include customizations and features that are commonly requested in order to both satisfy their clientele as well as keep the OS at a manageable size.

OK thanks again. I downloaded this icon set, huge btw, but didn't specify where on the Extract. So the folder extracted to Home. So maybe I should find ~/.icons and drag them in? Or do I have to start over and extract the folder there? 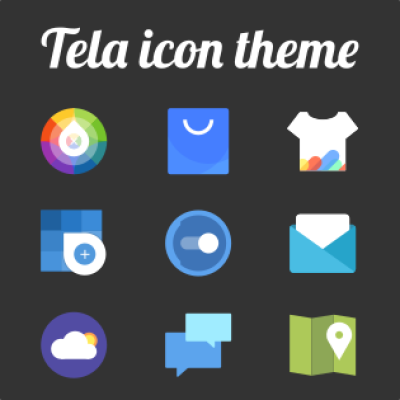 You need to put them in your ./icons folder.. It is a hidden folder. There should have been basic instructions with the icon set you downloaded either in the file or on the website.

If you don't have the folder, just create.

This article explains how you can customize your GNOME desktop environment, by manually install of a different icon, cursor, GTK and Shell theme.

A "hidden" folder is a folder that has a period in front of the name. It is merely hidden from view, but all hidden folders can be shown with the keyboard shortcut ctrl+h.
The "hiding" is aesthetic, only. It helps keep things looking tidy. I keep all folders unhidden, on my own machine.
As @DeanG suggests, moving the extracted directory to your home ~/.icons directory will put them in The Visible Path for the system to see the icon theme.
Please make sure that the Tela-Icons you downloaded are not a Master File, with a series of icon sets contained within. If so, you will need to move the sets that you want to use to the .icons folder, not the Master Directory which would disrupt the path and make the icons not visible.