I working on a computer what cannot be used because have all time the same problem. Black screen. Testing on many operating systems. Testing on many gpu graphic cards. Testing on many power supply. RAM is ok - tested on memtest86.
Processor working because started with operating system after all time i restarting bios battery in motherboard. So the probably the problem is inside motherboard - bios also updated.
So If power supply is ok. Processor also was working on him.
When i unplugg gpu a cable it beep 5 times.
Then i seeing reaction on my a keyboard seeing a light on numlock or capslock working.
The motherboard is that model.
ASRock > H510M-HVS what could be a problem here?
Tested gou radeon R7 240 2GB Lenovo near the same specification low profile.
https://www.reddit.com/r/ASRock/comments/lcceop/asrock_doesnt_support_linux_is_becoming_a_major/
If this is not motherboard then what it could be?
What i remember audio on this also not working talking with that with @Storm he using G1 usb audio soundcard and what i remember is on Fedora.
Success was installed Fedora on this pc but still some problems. No idea what it could be.
When i connected gpu on PCI express then the fan repeatly starting and stop starting and stop like a circulation a power supply is to low? I really don't know what it could be and i cannot all time restarting a bios from motherboard.

Depending on how old the board is, if the board has any physical damage that could possibly have happened to it and the amount of use (including overclocking), the path to the pcie slot may have been damaged. I wasn't able to download the user manual (stupid captcha) to determine the 5 beep error code, but it could be power or data related.

If this is a new board, i would return it to the manufacturer explaining the issue (path may not have been layed properly- to thin).

The only other thing i would check is the checksum of the iso's and volt test the connectors on the MB connectors when you start it up (one at a time and careful not to ground the positives).

Sometimes MB's are just bad. Did it work prior to this attempt to build a pc?

Maybe i doing something wrong in bios?

I creating budget PC with all parts was order from online shop.

It's more than possible. But it sounds more like an issue with the pcie slot. Did you connect anything that wasn't connected to it before?

From old school i checked all parts directly mount and unmount step by step parts if i find where is the problem.
Now i out battery CMOS and reset pins CMOS.
Then we can go with that process what is exactly a problem with that motherboard.
On windows 10 also beep 5 times but after some restart a motherboars was started with win10 but with using start freezing or blue screen what i remember. I remember also it was on Fedora - starting smoothly no beeping 5 times but also freeze only restart was the last hope.
The processor generation is 10 i5 10400F
I will check what version bios is inside.
What i remember Fedora was installed success.
So we have here in manual PCIE with 4.0 and PCIE with 3.0
That means it not support a gpu graphic card with pci 3.0 slot?

Can you more precise what you mean connect anything to it before you mean some any type another things what not working with gpu ports?

Besides when i starting a switch button on power then i can seeing my peripherals hardware like a keyboard or mouse are not recognized. After put back my battery bios to the motherboard the pc don't want start after unplug battery my motherboard start working but only on motherboard connected a keyboard, processor and two RAM pci slot Kingston. After connected hdmi to motherboard - nothing gpu signal out to monitor. That means my processor don't have a gpu? intel i5 10400F? I am confuse.

So here they unpluged out in and back and everything back to normal on the first link. Also he out processor out and back again?
On second link is restarted bios and working.
In this what I wrote earlier i wrote when i restarted motherboard everything back to normal but not for long time. After next day started operating system example Fedora and start freezing operating system.
If the problem is motherboard then best ideas will be better buying good motherboard. What i suppouse can fixed that issue. I can go with a couple ideas and wrote when Zorin will be starting on this PC and how long will be working.
So the most problem what people writing this is not peripherals hardware but motherboard problem.
Besides this two motherboards from links are not my motherboard. Second link is bitcoin but propably they have the same chip on motherboard.

Besides after when the people repaired that problem the motherboard in my case after some restart my motherboard start again beeping and nothing resolve that problem. I remember I was very excited when with Fedora when i created live usb and installed working without a problem. I somewhere writing here. So this model ASRock or ASRock company motherboards are cheap and not good could use another bad words for my explanation what i feeling.

With my observation after put back a battery bios motherboard is working then i trying with your advice focus on pci express gpu slot.
In my observation the pins in motherboard don't touch the pins on gpu graphic card. When I pressing more inside then i saw a motherboard bios after bios restart you have two options F1 to settings bios what was restarted to fabric or F2 going on start.
So the problem is slot gpu on motherboard is unstable. I can using some air to clear that slot maybe some things are there it could some a hair what could be doing that purpouse.
Also when i clear cmos with two pins restart the motherboard don't start. 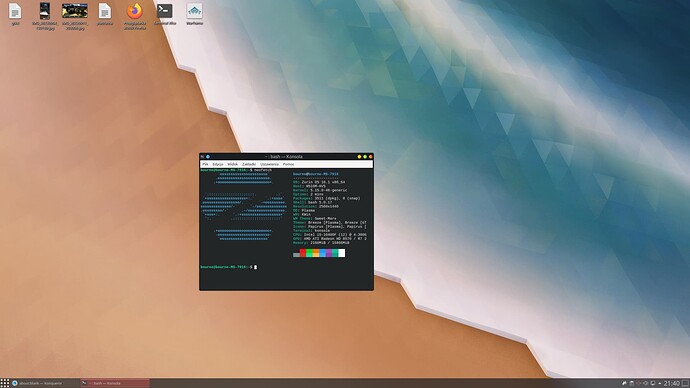 Can You please Translate that via Google?

I am sorry it wrote i cannot update software "UEFI dbx". The next text is in english.

Check for the Error now.

I get that because i out zorin hard disk to another pc and there was uefi and here isn't uefi that why some errors with grub. I will staying with that when i back to the primary pc with Zorin.