I created this thread so that you can talk about cloud storage.

Currently, I use Icedrive, but you probably use something else such as Mega or PCloud or don't use cloud storage at all. 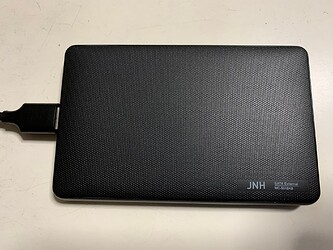 I don't trust cloud storage, so my backups are done on used hard drives. If the company operating the cloud storage goes into financial crisis, will their customers' data be kept secure?

You started a thread some time back re Cloud Storage, but the timelock on that one has triggered. But is work a link to it: [Cloud Storage Recommendation] NordLocker
The title is not good but there are some good replies, if you ignore those accusing you of product promotion.
I use a mix of USB HDD's, USB sticks, SD cards and Cloud Storage to save multiple copies and backups of images and data.

I also prefer offline backups in hard drives I can physically access. I do use the cloud sometimes because it's convenient, for example to share files, temporary backup while replacing drives, etc. However in those cases I'm very selective as to what I put "up there" and almost always encrypt them beforehand using something like Cryptomator.

Some providers I have good experience with are pcloud and sync.com, neither fully open source as far as I know. ProtonDrive has caught my attention recently but I still remain skeptical of them... so I probably will treat them same as the rest for now.

Backblaze for cloud backups, automated with BlobBackup software. Trying Internxt out now for a 20GB bump to synced storage.

To start off with I used Box, when Zorin was at version 12. I wrote an unofficial manual for Zorin 12 and then converted it using Google Docs, into Italian, Greek, French, and German. I was going to do a Spanish version but an Argentinian forum member stepped up to the plate for me. After some time I was getting complaints that the link no longer worked. When I contacted Box they told me: