The Road to Zorin 16

For testing, you could just install the needed codecs.

Interesting! I have literally caused GIMP to error out on loading too many high resolutions photo's, on older distro. But this is cause I ran out of RAM, and thats with 16GB of RAM believe it or not.

I am using 16gigs RAM, now. Prior to this new machine, I was on 8gigs. All those icon sets and Themes you saw before- made on that.

59 pictures in less than a minute...wow. No, it used to come with thunderbird i believe. 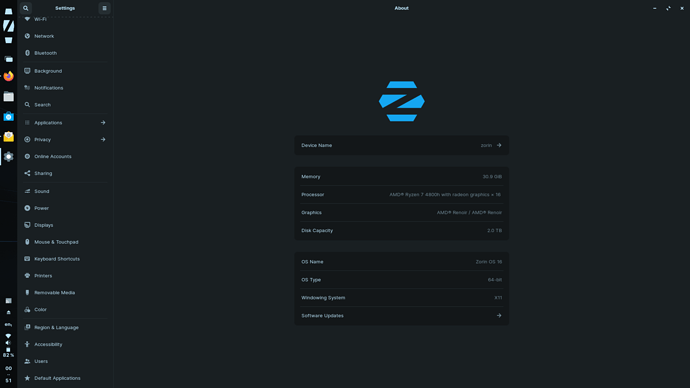 Yes, having plenty of RAM most certainly helps. I can't wait to experience it with my new machine lol.

I have a feeling I might know the magic that Zorin OS 16 is doing in the background as far as speed. Since OS 16 is newer, it being based on Ubuntu 20.04, means it should be working with newer hardware.

The point being, new CPU's have newer instruction sets, are more effecciently in their offhandling to memory and fourth. Also, you have more cores and threads.

If OS 16 was designed to make fuller use out of newer CPU's, well there's your answer fellas, on why OS 16 is faster. I wouldn't put it past the Zorin team to enhance Ubuntu further, cause thats what they do.

I can't wait to experience it with my new machine lol.

Compare it against Pop_OS!, then?

Yes, 32GB of RAM on POP OS is gonna be so fast, it be like when Marty got the Delorean to 88MPH, we saw some serious BEEP.

Font package not included...corrupt data? Got blocks instead of text. I'd upload a screenshot, but it's to large...probably the background. 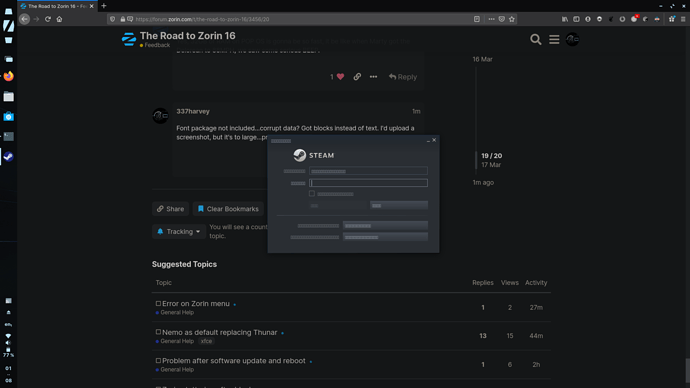 Okay...I'm taking a break from this. Got a few things to do and then I'm watching a movie. Back tomorrow with more.

This site has severely limited file size limits to photo attachments, no doubt set by the Admins. The best way around this, is to create an IMGBB account, upload all your photos there, and then grab the HTML thumbnail based embed links, and post them here.

I have already done this successfully, the thumbnails are small to keep things from being cluttered, but allow you to click on them, and open them up to full size at your album.

So formal ST...thanx for the tip. I'm constantly in search of ways to share without bogging down server or network traffic.

I saw you had an issue, and as usual, I try to be of help. I was in the same situation, until SWARF recommended IMGBB to me.

I find IMGBB to be better then all the bigger photo hosting sites, cause big sites are slow with ads, or make you pay to remove them. IMGBB is simple, easy to use, and no ads to slow it down.

Interesting reading this so far. I have ordered some new USB sticks for the occassion.

Zaba, did your old USB sticks fail from over use? Or is it that your old USB sticks are too low in capacity? If you buy an external 128GB SSD drive, they make perfect ISO burners for software installations, or running in LIVE mode. Super fast, super awesome, super everything lol.

All my decent USB's are currently occupied, others are too small capacity.

Ahhh yes, too true, too true, life as a distro hopper hehe. You look at your available USB sticks, and thats when you realize they are all.......... 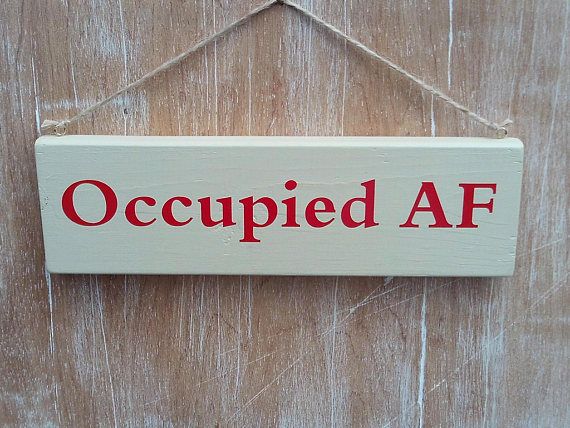 Testing Sound and Audio with Avantree Aria Bluetooth Headset on Z16 worked perfectly and smoothly, much to my surprise. There was no troubleshooting or set up. I thought I needed to install pavucontrol... but apparently not.
I opened Bluetooth manager - hit search. Avantree came up. I right clicked it and selected connect. Boom. Sound.

I was going to say something here about sound along the lines that I hope Z16 behaves better than Z15 when it comes to sound through internal speakers. I do not want to have to go through all that voodoo stuff again on alsamixer and/or pulse

I bricked my windows installation again...

, so I thought about it and I seriously can't try out zorin 16 without installing it. First thing I noticed is that the ability to change the lockscreen background wasn't there. In the live image you could go to background and change either the desktop or the lockscreen. Not after it's installed. The button at the top of the background settings screen no longer exists.

The button in the settings to treat connection as unmetered doesn't do anything. I have unlimited data and a fifty GB hotspot, if I want to use it as unmetered, I should have that ability. It is in the connected network settings, but does absolutely nothing. In Software store it tells me I'm on a metered connection whether that is checked or not.

EDIT:
I didn't see the laptop lid switch setting in power or display. I was on battery and closed the lid, which caused it to sleep. It woke fine, and barely used any power at all the 10 or 15 minutes I was not using it. But I'd still like to see the ability to black screen, suspend, shutdown or nothing, like most of the other OSes available.

This is really a lot like pop!OS, looks are very similar. Zorin is faster than pop though, with more customization options. It was strange being in there and seeing almost the exact same displays and options. I will say that I like that pop defaults to the dark theme, doesn't have natural scrolling on for trackpads and enables the number lock by default.

POP OS is made for gamers, and the full multi-media experience. Thats somewhat of a tall order to ask of Zorin, as Zorin never really was fully setup for gamers out of the box.

As far as speed is concerned, remember that POP OS is full release, Zorin OS 16 is Alpha state. So it might slow down a bit, stay the same, or get even faster, by the time its in full release.

So we will see how it goes I guess. But Zorin in the past, has always made me have to install a lot of things to get it gamer ready, including video drivers.

There isn't that much missing I imagine from the os anyway. A few codecs for movies, a few of the extended software packages...but nothing that apt install and the snap store hasn't been able to fix. I'm throwing more and more at this os and it seems to skip across the surface, never really landing or taxing the processor at all. Battery life has improved tremendously. It's even more efficient about being plugged in it seems. I know my power converter hasn't been doing anything but idle whether the laptop is on or off. It is using the nvidia graphics card, on-demand. It's nice not to have to attempt to configure it, just working out of the box.

I did notice that there are no progression dialogues for the file system. I copied some movies from another laptop onto a usb. The I copied them to this hard drive (about 300GB). Finally I copied some of those to Android. Except for merge or skip dialogues I have not seen one progress bar with any estimation of completion. I know when some things finish because the folder shows up and upon entering it the file is present. Otherwise I can't tell.

EDIT:
It tells you how many items are in the folder if you select it. I think that one is yours ST.

I'm throwing more and more at this os and it seems to skip across the surface, never really landing or taxing the processor at all. Battery life has improved tremendously. It's even more efficient about being plugged in it seems. I know my power converter hasn't been doing anything but idle whether the laptop is on or off.

See, I thought I was crazy.
Web pages pop into existence. Like... Open pageit'sthere.
I even booted up into Zorin 15 and opened the Zorin Forum on FF and compared. I don't get it.
On Zorin 15, the page loads, neatly and swiftly.
On Zorin 16, the page quantum tunnels into existence.
I was watching my conky with the computer at idle and it would drop to 2% sometimes, usually around 3%. Rarely, it dropped to 1% which... You know... Ok, 2% is a stretch but it was brief. It still follows the laws of physics. But 1%?
That's when it hit me. I have been thinking of this from a logical and technical standpoint.
Once I changed my viewpoint to witchcraft, it made more sense.

When Zorin 15 was released and we were all on 12... I did not think much of 15. It had some neat features and was a step up in certain regards and granted, back then I was in the newer stages of learning instead of being in the current stage of learning. But I just was not that impressed. So, this time, given all things, I figured I probably would not be impressed.
I had direct upgraded (Through a sneaky maneuver) Zorin 15 to Ubuntu 20.04 and did not experience much change other than that I had access to some newer packages that I needed.
For kicks, I installed and tested out some features of Ubuntu 21.04 a few days after it was released and that was interesting, but the differences between Zorin 15, Ubuntu 20.04 and Ubuntu 21.04 = Not a whole lot.
Not on the surface, anyway. Performance wise, it was pretty nil.
Zorin 16, based on Ubuntu 20.04 - is much faster than either of them.
Notably, I am seeing this same performance across Desktop Environments. Including some odd ones.
And... As Always... Cinnamon is running like batman got bit on the butt by a bat in the batcave.

So, I really had it figured I would not be using Zorin 16. It did not seem worth (yet another) wipe and reload.
...
Absolutely I will be using Zorin 16.
And anyone that sidles up next to my USB port with some bootable media is gettin' their hand bit.

I did notice that there are no progression dialogues for the file system. I copied some movies from another laptop onto a usb. The I copied them to this hard drive (about 300GB). Finally I copied some of those to Android. Except for merge or skip dialogues I have not seen one progress bar with any estimation of completion. I know when some things finish because the folder shows up and upon entering it the file is present. Otherwise I can't tell.

Nautilus does a funny thing and it took me a long moment to notice it.
Instead of the usual Progress Bar on a Popup window - Nautilus plants a small Pie-type timer icon on the HeaderBar of the transferring File Manager Window.
This shows the progress of the F.T. Can you check if your FM is displaying in that manner?