Here this movie open my eyes why we cannot compare windows or macos to linux operating system. 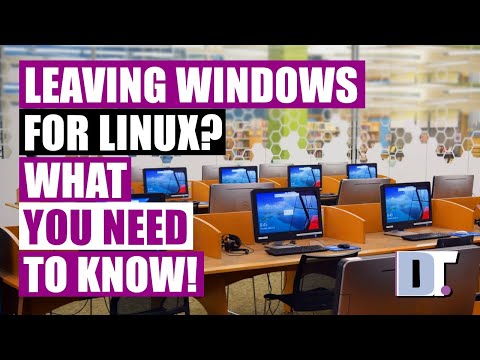 There are some errors here, true Ulteo was not designed for home users but it was aimed at Corporate users to enable Windows and Linux apps to be available for the Corporate Desktop.
There is also a bland statement that you can change the File manager. It did not make clear that you can't remove the current file manager or you will break the system, e.g., Nautilus - remove that and Gnome breaks. The same goes for systemd. You can only change that out for SysVinit if you are running xfce. Better still just choose a distribution that offers multiple DE's at point of install and use the ones you are comfortable with. I don't use Cinnamon DE because it is heavily dependent on Pulse Audio, pull that and you break the system. That's why my daily go to is now Devuan 3.1.1.

So for your preferences no problematic distribution in Linux world is Devuan version 3.1.1?

For me yes - maybe not for everyone. I downgraded from Devuan 4 as it did not pick up my second monitor - but now I am only using one monitor as my Amiga 1500 is sitting in its place! From Devuan 3.1.1. it comes with speech for a blind user to install the OS themself, using a Braille device such as a Brailliant. I chose it because it does not use systemd, but SysVinit, and also I was able to disable Pulse Audio in favour of ALSA. I do have an issue in the terminal on KDE however in that if I cd to Desktop I am getting shortcuts to what is there, not what is on the desktop - need to contact the Devuan forum about it. Most seem to be using xfce, the default Desktop, which is what comes with the live isos - unfortunately, the live isos don't have a decent mail client like Evolution but a 'DOS' type mail client I have forgotten the name of.

That is good. I mean in this movie he sayed we cannot compare linux to another operating systems also we will taken some a journey. I taken journey with slackaware,gentoo,ubuntu,debian,red hat,arch also many that forks operating systems. They are all similar with diffrents a kernel and desktop enviroment, today little learning with new shell terminator,zsh this is very interesting how much you can creating in linux for your preferences. The installation many linux distribution gived you choice what you want. That i liked.
The most interesting is where some bigger players have a big libraries.
I have learning many things but i am sure don't know all linux commands what i can used in terminal.

Likewise. I need to read my dusty tome, 'Mastering Linux' by Arman Danesh,
#The Linux Resource for the Non-Unix user.
An Essential Guide for Anyone Installing and Using Linux on a PC Platform.#

Well there is an error in that title, it is GNU/Linux. The OS is GNU, the kernel is Linux, hence GNU/Linux - you can't have one without the other. Stallman is still trying to get his system fully functional without Linux, Hurd.

There is also a bland statement that you can change the File manager. It did not make clear that you can't remove the current file manager or you will break the system, e.g., Nautilus - remove that and Gnome breaks

YUP ...... ask me how I know this ...... because I tried it and totally screwed up Zorin and had to reinstall it ..... so after reinstalling Zorin Pro I just left it along side Nemo which is what I use with my Cinnamon DE .....