What does Linux mean for you?

So uh, an innocent question if you don't mind. I would like to ask, what does Linux mean for you? It could be security, privacy, anything really.

But please, respect each other's opinions!

To me it means ..... peace of mind .... freedom from spying on my personal and private life .... simplicity in using an OS .... being able to trust a software manufacture once again just like I could in the good ol' days ....

I completely agree. When I first owned a computer in 2007, it ran Windows Vista, and it was slow and unstable. It's a good thing we both use Linux now!

For me Linux means choice.

I was fed up with Microsoft forcing my hand to buy another computer because mine did not support W10 when I tried to update after months of being prompted for it every 5 minutes.

And not only I couldn't update my perfectly working and fairly recent hardware, but any new PCs came with Windows 10 already and not Windows 7, which I liked much better.

So, after many years of being a happy Windows user I installed this thing called Ubuntu that I had heard so much about, and voila. Sure it took some time to learn how things worked on Linux, how install programs, etc., but it wasn't that bad. And if I ever wanted to change (because of me or because of bad management) I could simply go ahead and install another distribution.

So Linux gave me what MS couldn't: freedom of choice.

To me Linux is just a kernel, only with GNU and a bit of BSD is what we use.
The fundamental difference between it and others is that you can freely distribute the OS to others, you actually own the OS that you are running, security patches are quicker than Windows apart from a couple of instances where there was a security hole in the kernel for almost as long as Windows, the most recent being polkit which took several months before it finally got fixed. No OS is immune from security flaws, but the biggest security flaw is PICNIC (Problem In Chair, Not In Computer. If I'm brutally honest I would still be running Amiga OS if I could afford the custom built jobs from Germany. On a side note my computing days will be ending soon. Our energy supplier notified us of a monthly increase to £384 plus apparently in the UK copper is being phased out for fibre which none but the elite will be able to afford in 2025. So goodbye PS4, Internet and smartphones. The future is bleak. Offtopic - did you know 165 countries in the 1990s signed an agreement to reduce the world population to 800,000 by 2030? And in the UK, London and Devon have issued contracts for contractors to house excessive deaths in 2025? As 2025 will be the big freeze, and people dumb enough to have smart meters will lose their supplies remotely. The future is definitely not bright. Hope you all survive. All the current conflicts are being funded by the Bank for International Settlements, who have all the world's banks in their claws. If you are a sovereign nation you can print your own money which is what HM Treasury did in the First World War, issuing the Bradbury Pound. We don't need to rely on the none existent money called F.I.A.T.

Linux is Like Jarvis to me. I create a lot of AI program's which work faster on Linux than on windows and other silly operating system cannot help me with

After learning How to use it It gave life to all my computer's. Till now I learn something new from it

I am using it since the day's where I had to experiment on various OS ended. The first miracle it made in my life was when it gave life to that useless 1 GHz notebook PC I had

The thing is "I Cannot Live without Linux".

"I Cannot Live without Linux"

I feel the same way nowadays.

Linux for me is some peace when i am tired. Linux for me is relax.
Seeing movie,listening music or just little writing with people or reading something. Some usually office box also what working on pendrive live without installing anything. 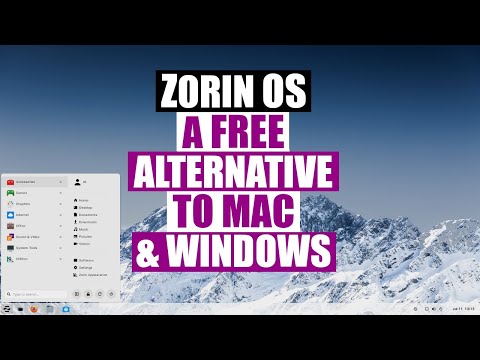 Someone want join a comments under this movie?

Well i will trying using Zorin to mostly daily driver. Want check if this is really possible cut operating system. When @Storm wrote freedom and control i wondering also if i can exchange or find software what working only on win working also on windows. Besides many people using many operating system to depends what they working or using. For me using linux for programming and office is best choice and some simple games.

Simple games? I got a Steam Library with 400+ games that runs smoothly with or without Proton.
But again I hand pick my hardware so I get the best experience with Linux.

Yes. I agree but it also depends what graphic card you have installed.
Many people talking to me this games not propably working on my PC and they sayed that is weird? They are hearing many information you need buying a new pc with best gpu. So where this all coming?
I liked listening music,seeing movie,reading news and little a playing a game. Nothing more. Linux is best friend if you can accept that and change your mind and thinking linux is still badly for desktop pc.

I think it's time you heard what Linux means for me. Though it's a pretty long story...

Linux for me means a whole new experience, and I meant that in a good way. My computer journey started all the way back in 2007, a year before Zorin OS was released to the public. I had a laptop that ran Windows Vista and it was incredibly slow. But to be fair, my family practically wanted the cheapest possible laptop that was also slow.
Fast forward to 2016-2017, I became a guy who wanted privacy and security but still wasn’t aware that Windows was collecting data. I first heard of Linux when I was given a Raspberry Pi in the same year and it ran Debian. At that point, I was not used to it (oh how times have changed).
In 2020, I attempted to run Ubuntu on the same Raspberry Pi system, which failed miserably because I couldn’t get the internet driver to install and the system was stuck in CLI (command line).
I first discovered Zorin OS in 2022 when I wanted to give Linux another chance after watching someone else run another distro called Kali and read about the best Linux distros. I installed it on one of my older computers to give it a try and eventually installed it to all of my computers overtime. Now, I’m never going back to Windows, not after what they did with it, even though I have to sacrifice a few things.

My experience with lilnux sometimes it working beautyfull and sometimes that comes a days you wanna kill him.
Why I don't give up and still is on my hard disk?
Because is diffrent more free - simple yes. No some over app windows and another some things what you never using. You are administration not any another a corporation. That is beauty.
Here example i playing today in a game with 3 hours and hearing a spotify. 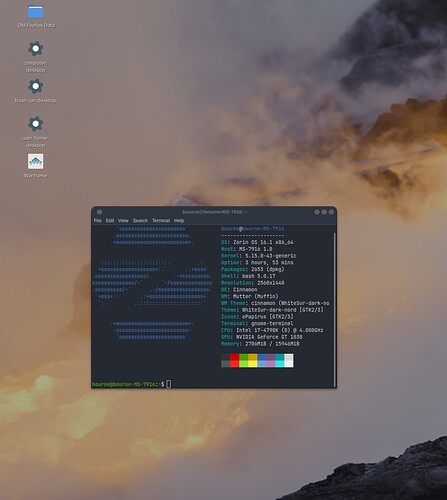 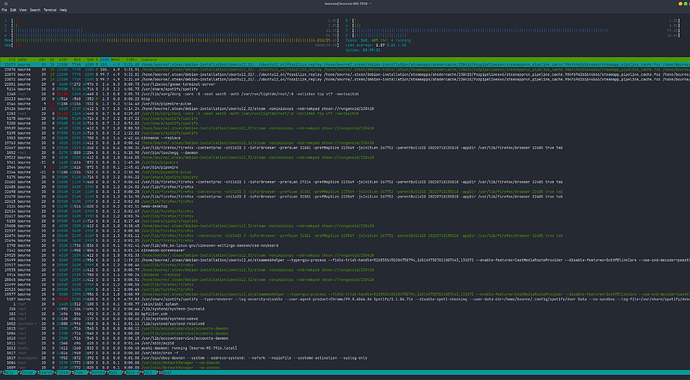 what does Linux mean for you?

I should mention that BSODs in Windows were probably because of my 3rd gen intel core processor.