What is "Linux" formatting?

I created a single extended partition. When formatting from the drop down menu I could choose ExFat, NTFS etc and "Linux". What file system is that?

Thank you for your help in advance!

Was this via Windows or a Linux install? I would not be touching any partition editor in Windows apart from making space for Linux using Disc Management!

Agreed.
"Linux" likely refers to the ext4 journaling File system, which creates appropriately sized blocks for file (Allowing room for expansion) - meaning no fragmentation and no need to defrag.
But better to ensure this by checking in the Ubiquity or Calamaras installer with Gparted.

Linux file systems are many and can't be covered by just 'Linux'. For Example ext2 file system for SSD's - just like Fat32 would be used for SSD's running windows, Ext3 and Ext4 are jounaling Linux systems like NTFS is a journaling system, reiserfs, btrfs, xfs.

when an application tries to simplify it, usually they screw up because in the end users don't know what the heck that actually means

I can only assume that it means Ext4

I saw on tutorials when i have ssd or nvme to off journaling i talking about installation Zorin guide.
That is good idea?

I do not recommend disabling journaling. An SSD is faster than HDD, but it is not so fast to afford you protection if there is a crash during Write.

Just new ssd and i have one emergency. Nothing to be wrong. 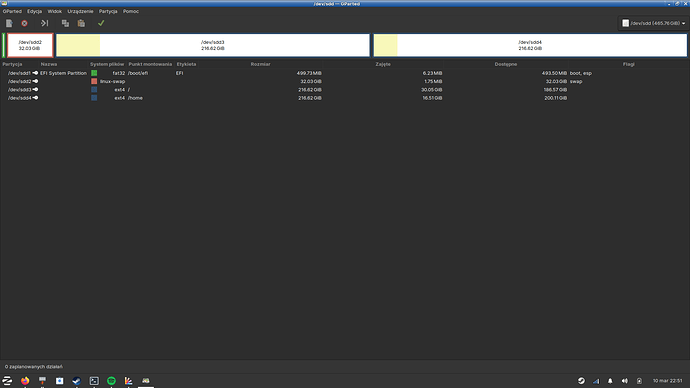 Linux file systems are many and can't be covered by just 'Linux'.

Exactly! Which is why it's not clear what "Linux" means.

It happened when I used the "Disks" application in Zorin OS.

Just tried it out and it appears as Linux filesystem for me as well, under Disks.

OK, a bit of a history lesson. There are many GNU/Linux file system formats.
in terms of ExtX formats, they started off with Ext2 (a non-journaling file system, equivalent if you will of a FAT32 Windows installation). Then came Ext3 (the first journaling version of the ExtX File System = the Windows equivalent, NTFS) and the current version is Ext4. Now there are others such as the ReiserFS which I don't like, not least of which is the developer murdered his wife! I had major problems with ReiserFS when I was running SuSE Linux 9.3 Professional - the system went sideways, never to be recovered! A former editor of LXF magazine had a little background information against his picture "If only I had listened to the Ext gods instead of installing ReiserFS!" The ExtX series of File Systems are the most commonly used - the others are a bit more complex for me so I never go near them.