Which DE do you prefer?

I feel like it's been a while since I've posted. So I've created another poll for y'all. Which desktop environment do you prefer?

I've added an option just in case somebody uses a DE that isn't listed here.

I started to use gnome/cosmic last year, it's simple and not to much of trouble HOWEVER i did use Linux Mint Cinnamon 17-17.3 in the past and i loved that one too. For now i voted gnome/cosmic.

I don't like Gnome, but my favorite Zorin OS features are implemented as Gnome extensions, so I can't change it to other DEs. I like Zorin OS as a distro, not a DE.

I have been using Cinnamon DE for more than a year now and love it ...

Here are some of the icon sets and themes I use interchangeably ..... 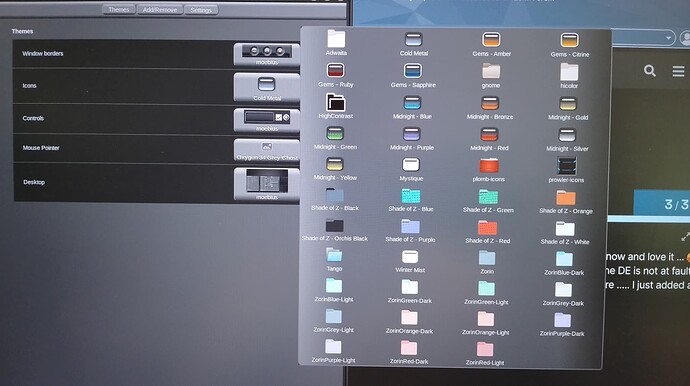 Not sure how those Zorin icons got there as they are not in my .icon folder or in the Software Store as I deleted them all ..... must be by default ....

Some Themes by Aravisian 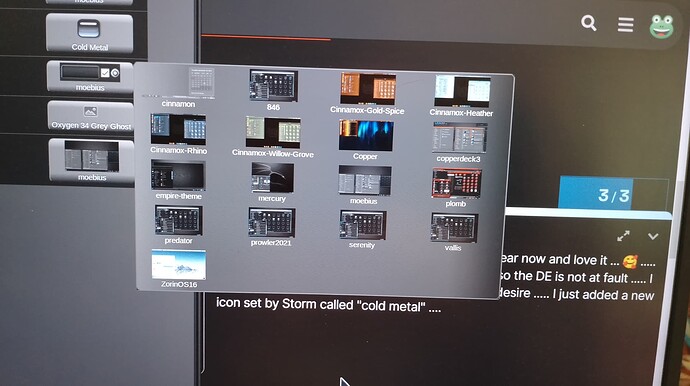 I like the stability and cleanliness of GNOME, but I don't like its default desktop layout. But Zorin OS implementation makes me loves GNOME a whole another level than other DEs.

as they are not in my .icon folder or in the Software Store as I deleted them al

They are in /usr/share/icons
The ones you removed in Software Store would have been only the Flatpak versions.

I like Gnome and uses Gnome 42.4 on Fedora. What I don't like with Gnome is that they are phasing GTK theming out. I would like to go to KDE but I can't make my themes working there 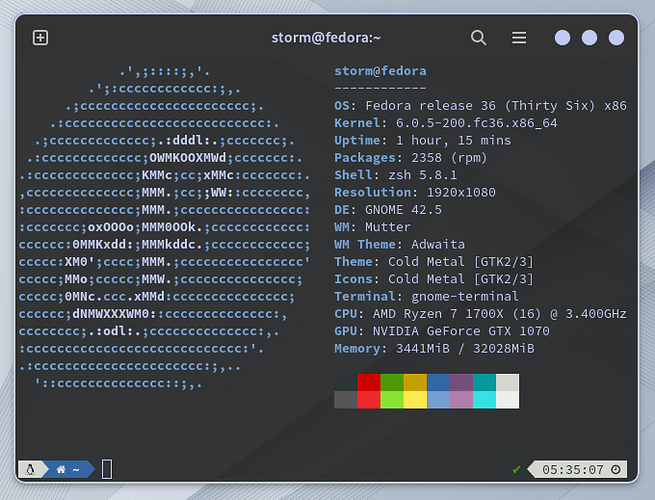 Every DE have some plus and minus.
For me Cinnamon is most simplify for me what i tested gnome,xfce. Gnome propably is still a children from another DE what exist many years but propably with technology what we have this DE gnome could be every day better. I don't know if they want not support any another DE and focus on Gnome? We can taken a shortly discussion.

are you happy? Besides i using many distribution linux on diffrent pc then my experience are diffrent. Propably if we staying more time on DE then we have more experience to discovered and learning a theme.

The only one I know to use is what ever comes with 16.1 Pro. I could try others if I know what it took to install them, but then again, I dislike adding/removing too much from fear of corrupting the system. Of course, I could do backups previous to any change.

He who runs away...lives to login another day.

Well if we can researching on Linux distributions - some are specific to some purpouse.
Example Nobara and Garuda for gamig.
Kali for security.
Fedora for stable and security some mix redhat and arch.
Zorin is universal using for personal home using on ubuntu.
Debian mostly using for servers.
If you have anything more experiences what linux distribution you can choosing then you can share here.

I'm not gonna lie, I was installing the KDE desktop environment on Zorin OS and I thought it would lag more, (I am on a computer from like 4 years ago) but it ended up working better on KDE than gnome which I don't understand : /

This does not surprise me. Plasma 5 is not a heavy Desktop Environment like Gnome. It is Midrange, comparable in some ways to Cinnamon, while not being quite as light as XFCE.

He who runs away...lives to login another day.

I have Cinnamon .... Gnome and XFCE all installed but stick to Cinnamon as my daily driver .....

Lou .... Cinnamon isn't hard to install or use and if you don't like it all you have to do is switch back to Gnome on your login screen ..... there is a icon in the top right hand corner that you click on and it shows all your DE's that are installed .....

There are plenty of good folks on here that can help you if you get stuck .... come on in the water is fine ....

Cinnamon - fast installing themes. Very Simple. Not heavy to catch settings. KDE for me is something a rainbow. That's what is many choices what you liked.

I've been quite happy with Gnome and XFCE. I'll add it to my new years resolution for 2023 to at least try out KDE.

Yeah good choice. Maybe i will trying kde with Garuda best version with many stuff.
Propably on faster pc i can checked. I remember there was many emulators for gaming. It is worth? Well i looked on Garuda in vm but when i will start trying all things it could be explosion on my pc. Then my DE name wil be "burn PC linux". To many options is more difficult which one choose? 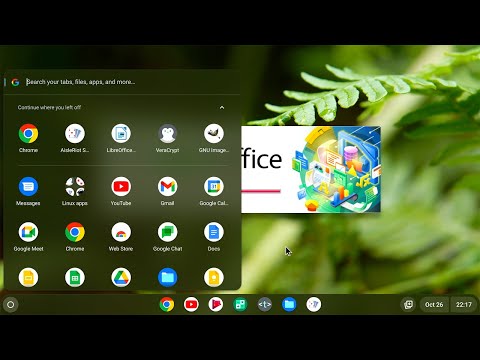 I went to swim but could not find that button in the upper right screen. I logged out (I do auto login) and there are a set there but none indicate a desktop option. Mostly power on/off etc. plus a list of stick key, mouse keys, etc. No idea what those do.

Woe is me...fatboy is wearing his speedo and no where to swim.