3 problems I hate them in windows, I found them also in linux

Three problems I hate them in windows, I found them also in Linux:
1- partition c in windows or file system in Linux : empty space became only 5 gig after it was 30 gig
2-a lot of net bandwidth consuming on annoying updating: in my country the internet is not unlimited, so i lost a lot of gig , i don't know i get updating and downloading when open software center every time i open software center
3-my PC become slow when finish high consuming process, and still on this state until i restart PC.
** if any one has overcome on these problem, can share his experience with us?

Three problems I hate them in windows, I found them also in Linux:

You have found problems that exist in computers in general, politics and economics.
Sadly, in some places of the world, greed combined with supply and demand factor in to where users must contend with slower or older hardware on top of having their bandwidth outrageously limited.

¹. Linux uses contiguous space-- meaning it allocates space for the system partition in one section that won't split up the partition all over the drive. This is why Linux doesn't need defragmenting. If you want a certain amount of space before, may i suggest emptying the partition after, resize the leading partition and then reapply the following partition, restoring from backup.

Why do you want space between the partitions anyway? After I understand. The efi partition shouldn't grow that large (clean out old kernels occasionally).

I use apt alone and my updates are rarely over 20MB, if near that.

How I can remove that?

Ensure the application is closed after the intensive process.

Is there command to do that ,I mean refreshing pc instead of restarting? I use zorin lite xfce, my ram is 6gb

Is there command to do that ,I mean refreshing pc instead of restarting? I use zorin lite xfce, my ram is 6gb

You can log out and in, rather than reboot. Or:

[HOW TO] Refresh Zorin OS Desktop without logging out Tutorials & Guides

Great tip I use it all the time and sure saves me a lot of waiting while Zorin refreshes itself .....

How I can remove that?

I think that command cause to remove kdenlive , telegram,libreoffice,etc apps from zorin lite

I think that command cause to remove kdenlive , telegram,libreoffice,etc apps from zorin lite

Only if you have them installed as Snap or Flatpak packages.
They are all available in APT as standard packages.

If you know how to end a process in windows using the task manager, you can do it in Zorin. The keyboard shortcut is the same also: ctrl + shift + esc.

It will bring up the gnome process manager. Hint: on the right is the paths to the applications that are running. You can type in the search (ex. Firefox) and it will isolate that process. Right click, kill.

Gnome was using about two gigs of ram constantly, without dynamic or video backgrounds. Add vscode or vlc or gimp and watch that ram get populated. It doesn't take much before you need more. Add chrome or ff (which populates the task manager and ram per extension/tab [haven't figured out which] ) and you compound the problem. 6gb isn't bad, better than 4, but it will get used.

I've had near 20gb of ram populated running four applications and desktop.

Which applications are you using? It sounds like those apps aren't releasing the ram they use which is a developer (or snap/flatpak) issue.

I don't think he is talking about the EFI partition. When I had Devuan 4.0 installed until the weekend I had similar issue with root (/). I had used guided install with just separate /home being the only thing for it to make. You can't enlarge / unless you had activated LVM at point of install. My advice would now be to create / of 80 Gb, especially if you are going to have virtual machines and Virt Manager. I avoid LVM as have read in the past that this too can create issues. I prefer manual install of:

Without LVM you cannot make Linux partitions bigger, you can only shrink them. I've gone back to 3.1.1 Devuan as Devuan 4 doesn't support second monitor like Devuan 3 does.

In his post he spoke of a 30gb gap, not another partition, which is why I offered that solution. If the drive is unmounted (required to modify system partitions) it can be moved and resized (i never had to add lvm manually) in zorin. I've done both.

Moving the system partition isn't recommended, and can corrupt data. But can be done successfully. Once begun do not interrupt it.

Sorry I misread. I still reccommend manual install as outlined in my previous post. Have generally had no issues without LVM. I like to control my machine how I want it. The problem is exponential due to the ever increasing lines of code added to the Linux kernel. Even after deleting old kernels from my 30 Gb / in Devuan 4.0 there was still only 1.3 Mb left.

I gave zorin a full 100+GB to populate. While it may never need it, especially with reusing logs and removing kernels, you never know. I'm hoping to upgrade to an 8tb setup so i can give the system and home partitions more space... but money makes it prohibitive.

Zorin is like old friend important to check what news is here.
What i reading here. That means Zorin and Windows using Ram and when finish something they are still exist there and ram is overfull and creating slower operaring system. The command kill not helping them? Besides it is not propably be automatic. Stacer software not help or something else?

In Ubuntu what is Zorin popular exist when something working and then not working.
Canonical going to they sides don't care a users. 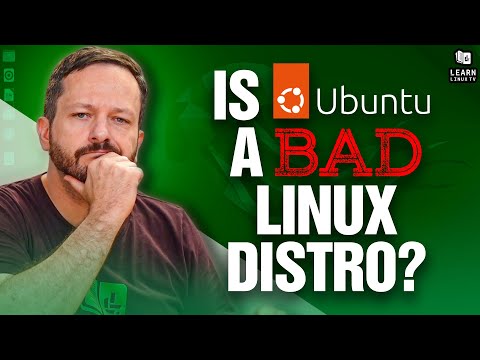 Zorin is slower after update when he starting.
Also reinstalling a game to check if will working again.

After reinstalling a game. Working.

I have this issue ,when running a game in steam, it take all the resources of my PC, and when i close steam, my PC is still suffering (other apps and desktop appear if it is without real ram or CPU) for some time

Is Steam the only program you have this problem with? And how long is "some time" until it goes back to normal? Try to measure the temperature of the CPU to see if that's the problem, and repeat the process after clearing the dust and applying new thermal paste.

You may also want to check your fans. Overheating can cause the cpu and gpu to throttle down in order to promote cooling. This would explain the "some time" that the system takes to perform properly again.

What are you playing that is so resource hungry? Are all the video settings up on high? Find acceptable compromises (lower graphics settings)
that don't tax your resources as much. This will both allow you to play longer as well as give the computer a chance to stay cool.

Generally Steam is heavy itself and can be difficult to dance with. Make sure you install Steam via apt install or .deb, not flat then you can free up some resources.

u r right, i'm sure that fans will be my problems, i should check or replace it, when i run a game , the sound of my PC is louder than motorcycle or car engine, i fell my pc will explode, i'm new to steam, so i will see it's settings, i found there r offline mode, and i'll searech for other settings in it to be more suitable with my pc. i have tried game it's name is krunker, it should to be low game for old pc, but it was so heavy. my vram is very low, the maxmium of it is 256