A problem on Applications

I clicked one of Non impostato (Not set), at the beginning I thought that wasn't working (simply because nothing was happening, no popup, drop-down menu or similar) but later when I checked again I saw that the entry where I clicked Non impostato was deleted. I could restore it clicking the button above but I think that on applications with only 1 entry it can't be restored. I think that I removed the only one on Disk Usage Analyzer but the button to restore hasn't appeared when I returned there. Can someone check if there's only 1 entry on Disk Usage Analyzer? 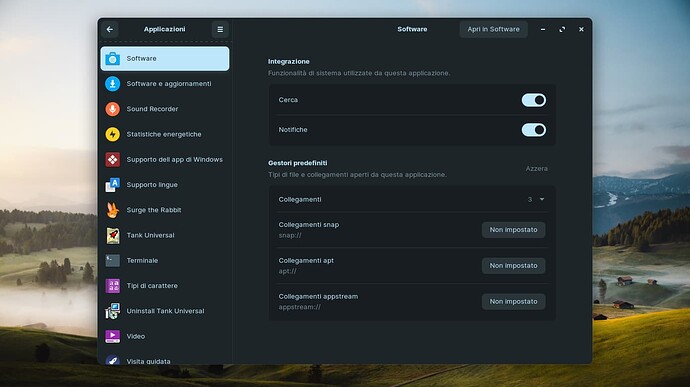 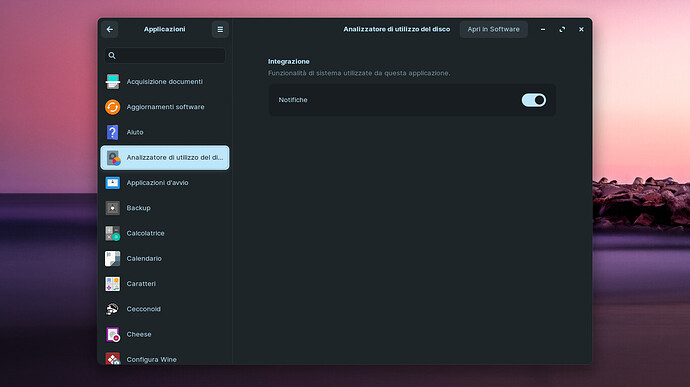 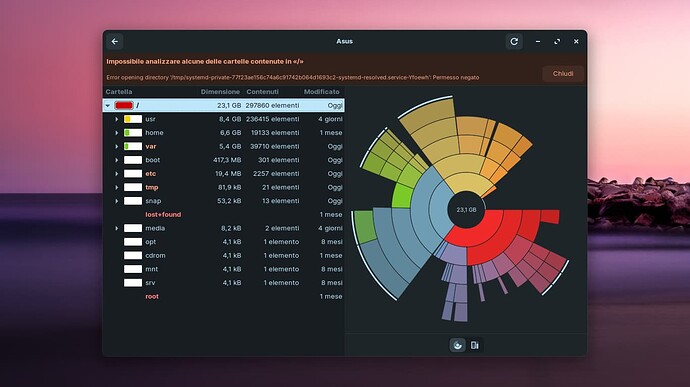 I know that Disk Usage Analyzer can be installed with Snap or Flatpak.
I do not know for sure if they are available as those on Zorin OS by default, but I would think they would be.

And do you see an entry on Disk Usage Analyzer there on Settings > Applications? Because if I remember well I deleted the only one there but Clear button didn't appeared, if so I think that when I'd delete the only entry available on a software on Application Clear button don't appear to add the entry that I just deleted. This would explain why Disk Usage Analyzer can't analyze some folders as you can see

And do you see an entry on Disk Usage Analyzer there on Settings > Applications?

I am unable to check.
I use Zorin OS Lite, not Core. I remove SnapD and Flatpak entirely, so they will not even appear as options for me.

That looks like a permissions issue. It May be caused by using Disk Usage Analyzer in a container like Snap or Flatpak.
This application comes with Zorin default and is the APT package by default.

I do not know for sure if they are available as those on Zorin OS by default, but I would think they would be.

I believe it is ..... I'm on Cinnamon DE but I didn't install it it is just there in the main menu just type disk and it should pop up ..... 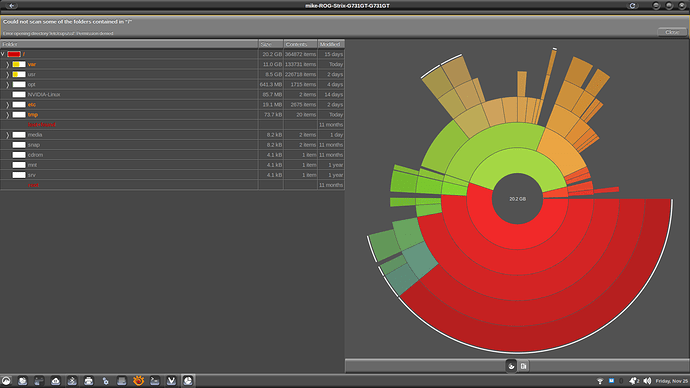 Takes forever to load though ....