Advantages of zorin/Ubuntu over macos

Some users do experience problems after an update.

i am not talking about problems after software updates i am talking about problems while installing/downloading the update. like when i click check for updates on software updater it shows " failure, check your internet connection", normal things like uninstalling a software is too hard, i wanted to uninstall time-kpr since i thought it was of no use but it didn't work for me, it is still installed and working.
even deleting "starlabs theme" was hard, i wrote the code on terminal, restarted it, logged in and it was there in front of me sitting just like an irritating cat. then suddenly after a month of switching on and off. it got back at the normal zorin lockscreen, but lost the beautiful small "z" logo i used to get while booting up with starlabs theme and instead got a over streched ugly looking "z" and "zorin" with the pre-installed "mac os" theme.just changing the theme makes it that ugly.

I may need to go to your profile and peruse your past threads.

i dont do anything intensive too, i don't download too much files,i dont game extensively( my brother plays minecraft (on medium settings), i usually use visual studio code ,files, chrome and spotify and the same is with my brother. 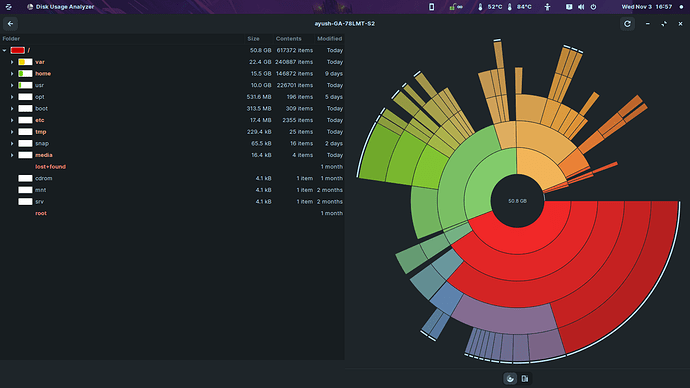 I am also using XFCE, not Gnome...

XFCE might be stable but it reminds me a lot of windows which i hate, i use gnome or "mac theme" (whatever it is called).
things i like about zorin is visual studio code works a lot better on zorin than windows but i guess since the same terminal it would work better on a mac.

i guess no one plans to use the same computer for more than 5 years,
my computer used be once the best gaming pc but 7 years later it can't even support 30 minutes of video rendering without crashing.
after 4-5 years every machine is a trash let the macbook be alone. no computer can work life long it has due to die due to lesser and lesser ap compatibility,software support issue and irritating slow speeds.

i just want my machine to work without any hiccups for atleast 4 years after that i can buy a new one. according to reports mac goes on smooth for 4-5 years after that it starts to hang. usually windows becomes slow in a year of usage doesn't matter if you use it or not it be slower than ever. i have had bad experience with linux plus it doesn't support word and for sure will not support any application my university uses.

I run Linux on a 10 year old MacBook Pro.

i tried zorin with my 7 year old amd fx 6300, was very good to use and good learning curve but i wasted a lot of time tweaking it and solving problems. since it was lockdown i had time but i will not have time in my college as the syllabus is vast.

i guess i am comvinced that i should buy a mac