Hello, I booted Zorin today and received NVidia related updates. I had heard the new NVidia updates were having some issues but I (foolishly) installed them (see final update).

As you can probably guess, this was a mistake. Now when my PC boots I just have a black screen.

My question is: is there a key combination I can press to still log in from the Zorin Lock Screen? I’ve heard the issue is specific to lock screens. Update: turns out you’re supposed to be able to just press enter to select your user account but I know that doesn’t work on my PC. To make sure, I “logged in” anyway and tried to shut down the PC through the keyboard but that didn’t work, so presumably it’s not getting past the Lock Screen.

If not, is there a way I can make Zorin undo the update at boot?

Thank you for any help you can provide

Final update: thank you both for your replies - I really appreciate it!

I’m a simpleton with simple brain cells so I just booted the Zorin demo, went to my drive and backed up my important files.

I’m going to experiment with Nobara as it’s piqued my interest in the past and it looks like it has a process in place for this exact issue, otherwise I’ll do a fresh install of Zorin.

Either way, I got what I needed so I have no problem nuking it.

Update 2: looks like it’s a problem with the new driver NVidia released, this is an issue for tons of people on Linux. I’m going to try out Nobara for a while but be aware this is happening for all distros. I resolved it for now by downloading the last functional driver from the NVidia website.

Final (hopefully temporary) “fix”: the 515.76 driver is currently bugged for RTX graphics cards. You have to make sure your HDMI is unplugged when you boot, then plug it in after you’re at the login screen after the driver has done what it needed to do.

System Recovery has the same problem

I do not understand this part.
Are you saying that entering the Recovery Menu leads only to a black screen?

Propably he tried back to older nvidia or trying uninstall or remove then propably black screen. When he is in recovery he can go with use internet then go to root admin priviliges and from terminal if he have issue tty1 terminal or something else then he can reinstall or install new nvidia drivers with older version.
My nvidia drivers. 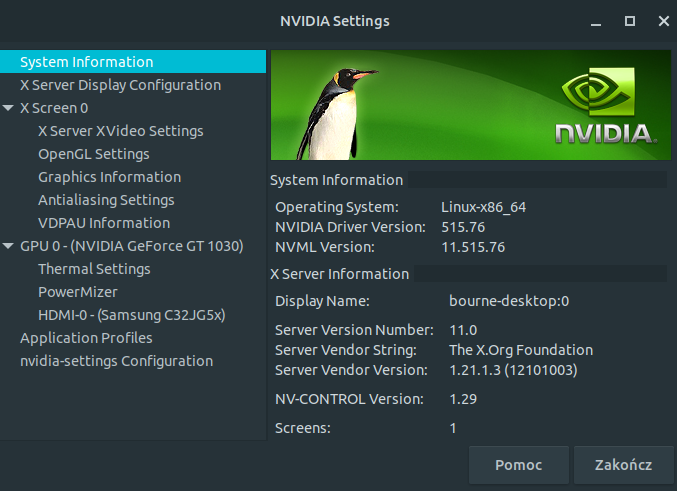 This was booting System Recovery from my BIOS which turned out to be incorrect, I’ve since launched Zorin System Recovery and attempted to do a repair - I’ll update the post

The issue was caused from accepting the update that Zorin (or more specifically, Ubuntu upstream) pushed out - I would like to try to revert the driver update. I can get to Zorin’s system recovery where I can enable networking or drop to root shell prompt etc. would you happen to have more details about how I could proceed from this menu?

Final (hopefully temporary) “fix”: the 515.76 driver is currently bugged for RTX graphics cards. You have to make sure your HDMI is unplugged when you boot, then plug it in after you’re at the login screen after the driver has done what it needed to do.