I haven't heard much about this distro mix of Deepin with an ubuntu base, but so far it's well groomed, consistent, and visually appealing with the added bonus of being ubuntu. doesn't have much in the store but obviously workarounds for that, and has a little more customization than elementary but not quite as much OOB as zorin permits. all in all it seems neat and im curious if anyone else have given it a more thorough test than my surface level first impressions. 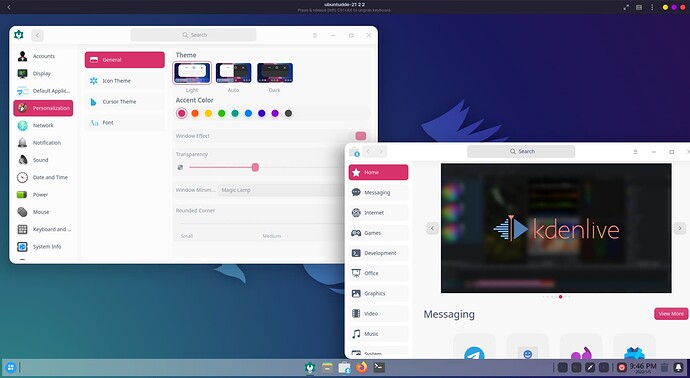 Interface, quite fascinating for me "but" given that its recommended ram is 4gb (although I have 8gb ram on the current) I cannot try this yet. hehe

I have and it seems stagnant at the moment. There was no 21.10 release and I guess well see if there is a 22.04 version. Not a huge fan of version 20. Deepin was based on Ubuntu in the beginning before the large companies became sponsors. Ubuntu DDE is a separate project.

It was released few days ago: Deepin Desktop With Ubuntu? UbuntuDDE Remix 21.10 is Here!