First off, thank you for such a great OS!

I'm wondering if anybody knows of a tool for Zorin OS (Core) that is similar to the simple-ccd tool for Debian?

"Simple-cdd is a limited, though relatively easy to use tool to create a customized DebianInstaller CD. It is a wrapper around debian-cd and mirroring tools used to create a customized DebianInstaller CD image. It takes a list of packages to install, and debconf pre-seeding files to pre-configure the installation. It has some support for multiple profiles and custom post-install scripts for things that can't be configured by debconf preseeding."

The reason I ask is because I'm wanting make a script that can take a Zorin OS release, automatically configure it for what I need and then remake the ISO image so I can use it to spin up burner laptops for workshops.

I'd like to automate preconfiguring disk layout, locale and timezone; setting up default user/password; apt install some extra packages and run some scripts once the Zorin OS installer is finished, etc.

Any leads would be great.

Ok, first off that tool is likely to be for a bare minimum install or net-install as Zorin images are DVD size not CD. You would be better at looking at a live usb tool which quite a few other distros have such as MX-Linux.

You could take a look here:

Looking for some of the best Live USB creator tools? We've got a few Rufus alternatives available for Linux and other platforms.

But this is likely to be your best way forward: 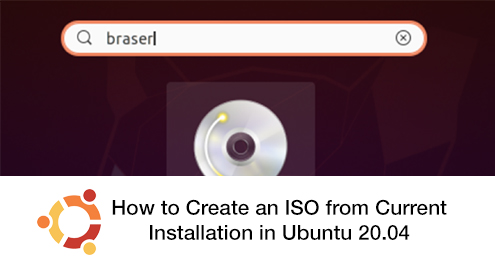 How to Create an ISO from Current Installation in Ubuntu 20.04

In Ubuntu, most programs and operating systems can be installed through the ISO file. This article shows you how to create an ISO file from a current installation in Ubuntu 20.04.

Thanks for your reply.

I should be more clear though. I'm not looking to make a live disc, nor backup a current installation into a restorable ISO. Ideally, I'm talking about the possibility of:

I'd like to use Zorin OS because of its great look and feel, as opposed to using another distro

So anything that can get me in that direction would be great.