Avoid Lenovo from now on

It will only boot Windows. 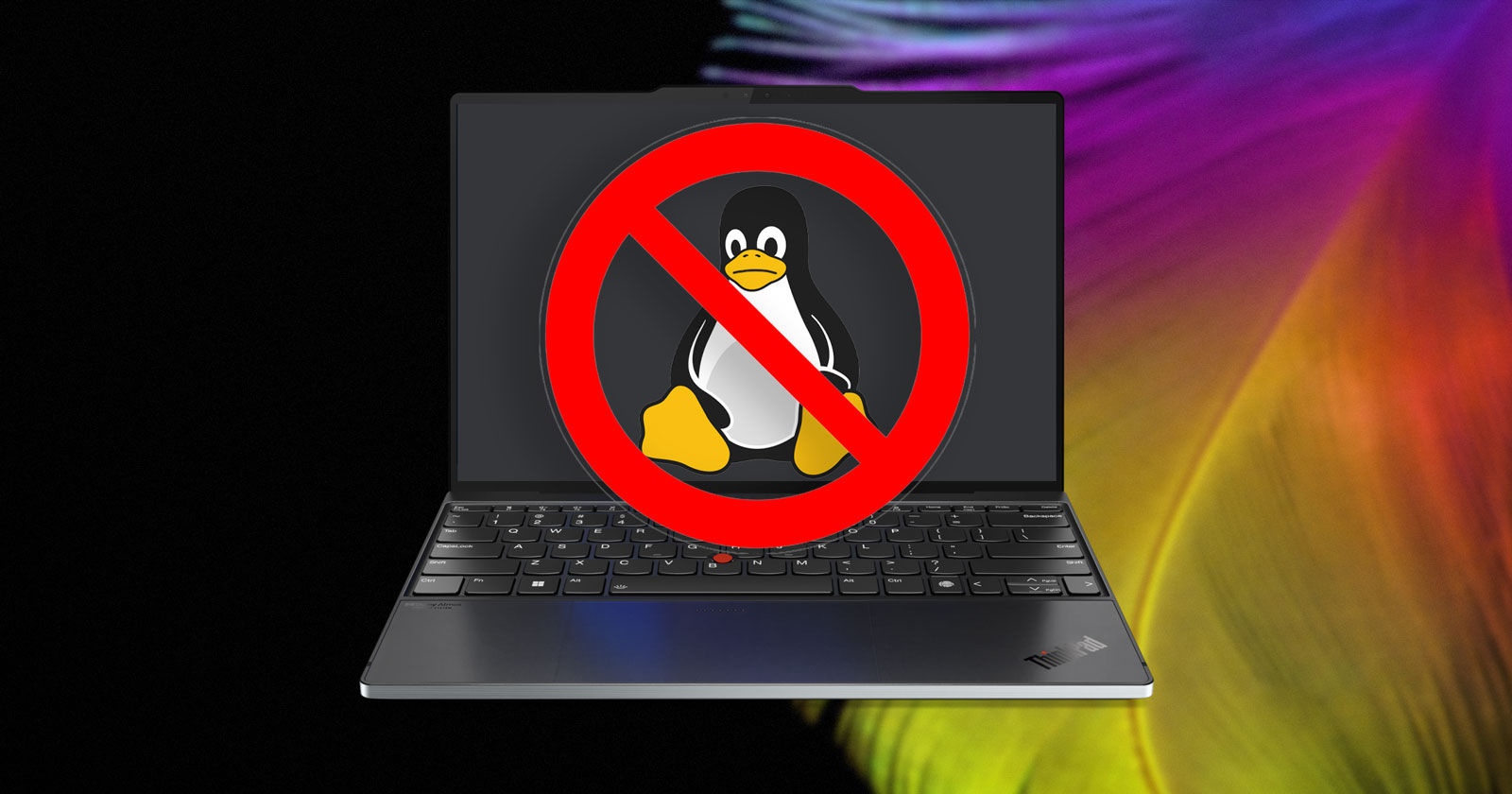 Lenovo's latest batch of AMD Thinkpad laptops are unable to boot anything but the Windows operating system by default. That's according to well-regarded

Interesting article ..... did I read correctly that you can't even plug in an external hard drive ..... that would be a deal breaker for me even if they did allow Linux to be installed .....

It could be a problem as I read it.

Reading further, I think the issues is that the factory shipped default is to not allow booting LINUX but that can be reset / changed.

Still, not a good move from Lenovo.

Lenovo used to be pretty good with Linux. But in the last three years or so, it has had more and more problems with running Linux.
It got to the point where I began recommending users on the forum choose a different maker if planning to install Linux, than Lenovo.

So this news is not very surprising - yet is surprising, at the same time.
I wonder what is going on Lenovo-side of things...

I’ve witnessed terrible things with Lenovo’s products (e.g., a Lenovo G580 that constantly shows a BSOD) but this is beyond insane! I don’t think it should be legal to force someone to use a specific OS (schools and workplaces excluded), besides, Linux is much better on both security and privacy.

Luckily, there are greener pastures to flee to:

HP DEV ONE IS LOADED WITH POWERFUL TOOLS AND FEATURES TO HELP  YOU GET THE JOB DONE, FASTER.

things are different these days!
I have a thinkpad t60 (with a next gen cpu upgrade) and a thinkpad w510.
both of these machines love linux and never looked backed.
especially the t60. after many distros, never fully satisfied, I installed zorin lite and it became such a fun laptop to use!
then I put zorin core on my w510 (i had ubuntu previously) and it runs better then ever. I think the older lenovo thinkpads that still have the spirit of ibm in them are good machines and great candidates for linux. just sayin'

Lenovo and Hp have made tons of senseless products and most of the Hardware fails after a year or two. IDK why are they still a company till now

It is no longer ThinkPad, but SinkPad.

I reading the poor companies now what produced hardware peripherals and laptops,pc etc are Lenovo and HP.

Lenovo has acquired various brands, like NEC and Fujitsu in Japan, so the problem could be even more widespread.

In order to avoid these hassles, your best bet when buying a new laptop for Linux is to have it custom configured by one of the big retailers. Having said that, a couple of years ago I took out my son's first laptop - a Toshiba Satellite from 2007 which was reputed to be Windows Vista only - and I rebuilt it. I increased the RAM from 1 GB to 2 GB (the max), replaced the HDD with an SSD and tried out a few distros. Amazingly some worked and some didn't. Zorin 15 Lite did not install but Linux Mint did and I settled for Pearl 7 Mate 64 bit which I will upgrade to #9 next April.

I wish more PCs with no OS pre-installed were distributed.

I already posted the information and workaround to the Lenovo issue. Just like Apple tried to make it impossible for GNU/Linux on T2 Macs, we now know that to be a fallacy.

Buy a laptop without Windows or other operating systems. Keep freedom of choice and be free of pre-installed bloatware. The pros and cons at a glance!

A long time ago a wealthy Australian user sued Toshiba for not providing a notebook without an OS. He won his case but doubt it would be winnable these days.

The Links all about Clevo. What about Gaming Laptops, How to get them without Windows?

You would have fared better with MX-Linux. My good lady uses a machine I built in 2006 and when Windows 7 reached end of life I first installed Feren OS which worked for a while but then it became almost impossible to run. That's when I swapped to MX-Linux and the beauty of it is that you can change the panel settings to how you want it and tell it to use the live-config for the install. It's a single core AMD Athlon 64 processor on an MSI motherboard, 2 Gb RAM max, 256 Mb 8x AGP fanless EVGA graphics card. It uses xfce the same as Lite. Recently did an upgrade to the latest version (wildflower) without the need of a fresh install and it went flawlessly. It also runs SoftMaker Office 2021 with ease.

Yes, I've got 2 MX rigs one 64 bit and the other 32 bit. Both are as sleek and reliable as Zorin but based on Debian. I keep several 32 bit systems going on an old PC from 2005 which has an ASUS P5GD1 mobo and a chipset limitation on the Intel Celeron D 2.80Ghz CPU. 3.2 GB of usable RAM is just not enough to run a 64 bit system these days, except maybe Bodhi Linux or AntiX.