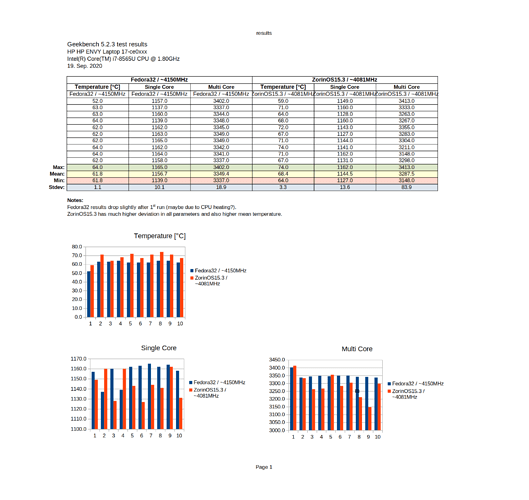 It looks like the ZorinOS has higher mean CPU temperature than Fedora32 and also higher variation in the temperature and benchmark results…
What comes to applications support, it looks like some apps that didn’t work in Fedora32 worked in Zorin15.3 and vice versa.
For example scilab-6.1 worked in Zorin15.3, but not in Fedora32.
Higher temperature in Zorin… Maybe if the Zorin OS has a lot of task and managements that cause it. Usually higher CPU temperature if it didn’t do any higher score in benchmark would not be good.

A post was merged into an existing topic: Benchmarking app for zorin15.3 vs. fedora32