I installed Zorin OS 16 on my secondary computer last week, everything was working well and I managed to install all the software I need. On my other PC, I have a hard drive with lots of data I would like to move over to my new linux box.

I successfully removed from my old machine & installed the hard drive in my linux box, I am able to see it in the Other Locations section of the zorin file manager, but it seemed I only had read permissions on the drive.

I'm now experiencing a black screen after the zorin logo on boot up, I'm unable to boot into zorin itself (although I can access recovery mode before this)

I tried two things that I believe may be causing the issue.

After doing these 2 things I was unable to boot into zorin, even if I disconnect the new drive.

Really new to this linux stuff, any help would be appreciated

You might boot into the Zorin OS Installer USB and run Boot Repair and see if that gets you back up and running:

but it seemed I only had read permissions on the drive.

this is likely because the drive is formatted as NTFS, aka Window's filesystem of choice

what I would suggest doing:

to see if NTFS is even the issue in the first place, hit the ESC, F11, or Arrow Keys whilst on the Zorin logo to see Boot Logs, which might give more insight into what is happening
(feel free to post a screenshot of that here, though, make sure it isn't blurry

On the secondary drive, I saw there saw a small partition containing a few folders, one folder I recall is boot. At the time I thought this might be from windows (was previously used on a windows machine), so I deleted it. I am now thinking it might have been generated by linux when I set the mount point of the new drive.

this shouldn't harm your existing Zorin install, though

If you still have your ZorinOS USB Stick, you can also boot into that, hit "Try Zorin" once the setup pops up, and use the Boot Repair tool, as mentioned above by @Aravisian

I'm attempting to run boot repair by booting into "try Zorin" on a usb. I've followed the instructions in the link posted by @Aravisian, but the process seems to be hanging after boot repair asks me to enter commands into the terminal

I've used boot repair to create a boot summary of my system, you can see it here: Ubuntu Pastebin

Here are some screen shots of the prompt boot repair is giving me, and the terminal hanging 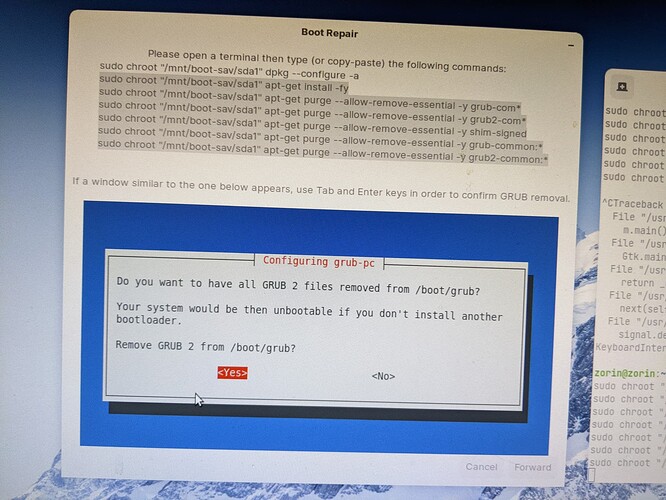 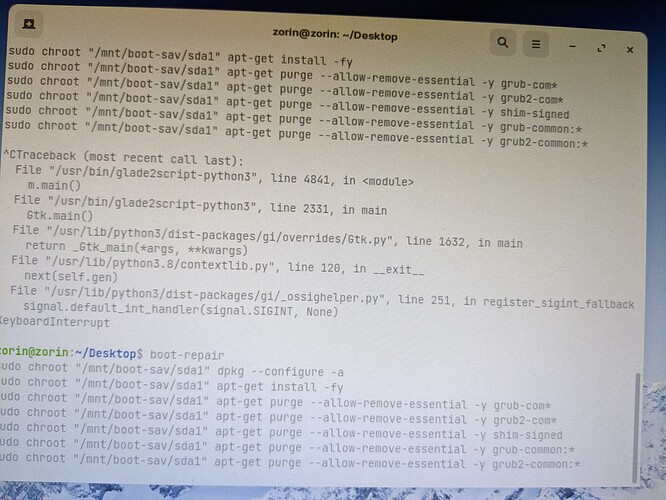 Hitting crtl+c to cancel boot repair gives me this error 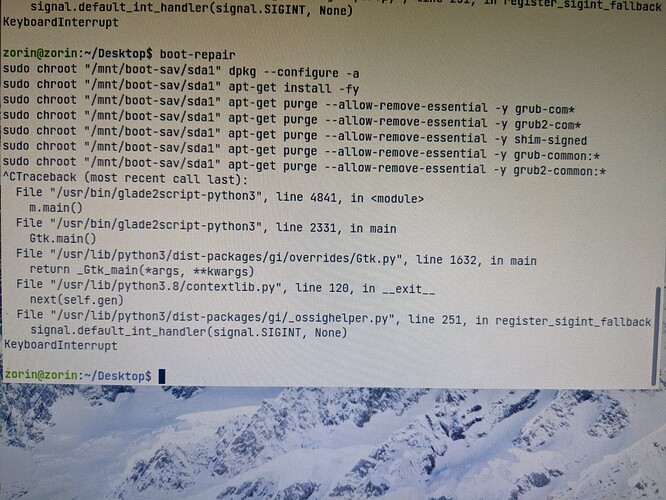 Looking at gparted, I can see one of my partitions does have the boot flag, although it is on fat32, could that be the issue? 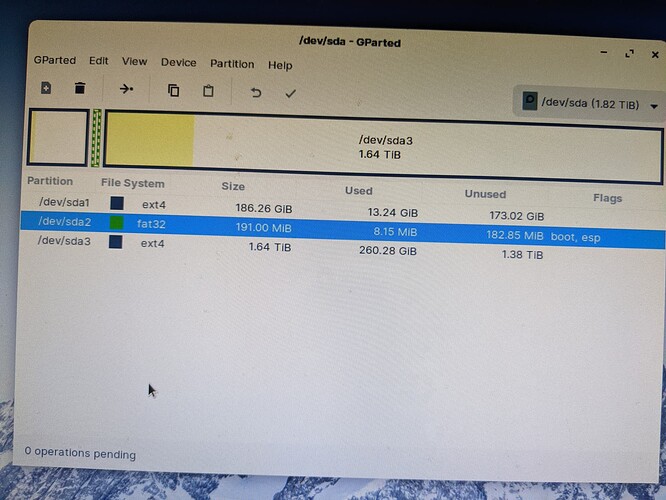 After trying several things I decided to reformat zorin, it is now working properly. It'll be a bit of a pain in reinstalling my applications, but I feel that it will take longer getting to the bottom of whatever it is I did to mess this up. Thanks for the help all!