in ccleaner app in windows, I think there is a feature in pro version for automatically cleaner in some conditions, how i can do that in bleachbit or there r other apps that have these features?

I have found command can run bleachbit depend on the options that I have choice it in the gui of the app.
sudo bleachbit --clean --preset 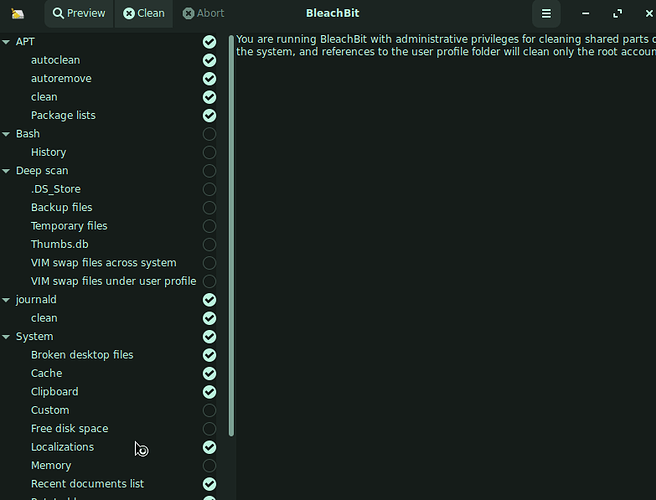 I have put that command (sudo bleachbit --clean --preset) in the crontab by using zeit app:

How I can know if that command or task has been run?

A very easy way to be to ensure that the Thumbnails in your home directory are checked for removal in BleachBit. After the time for the preset scheduled cleaning, check your ~/.cache/thumbnails/normal (Or large) directory and see if it is emptied.

in corntab, or in session and startup

not in a bash script , sorry if u recommanded me to do that with bash script, how i can do that?, what i did was that: in file bleashbit3.sh
#!/bin/bash
sudo bleachbit --clean --preset
and put it like that /home/eid/bleachbit3.sh in session and startup and in zeit app to put it in crontab, but it still not working

Save the file in a safe location, like your ~/Documents; make the file executable.
Add the file name / path to your startup and chrontab.

Good Point.
Though this is written for 16.10, the principle still applies;

Startup script with sudo in Ubuntu 16.10

it's working now, the steps r: