I don't have bluetooth on my PC. I want to buy a bluetooth adapter / usb dongle that does not have a problem with driver or connection issues on Zorin OS.

EDIT: I went with Plugable bluetooth 4.0. No extra kernel installation needed (I am on Kernel 5.11-40). Works well with my PS4 Controller with the help of blueman in Software. Make sure to install both the Bluetooth manager and Bluetooth adapters so the bluetooth connect works properly with the controller.

No need to let your computer make you feel blue, buy a bluetooth dongle, and turn that frown upside down, and you will be happy.

Will the bluetooth protocol 4.0 vs protocol 5.0 do anything the devices that connects to it?

Like I'm planning to use it with my PS4 DualShock controller. Or future keyboard that uses bluetooth?

I found that exact one bluetooth that I bought like 7-8 years ago for my old laptop. The coincide.

How do I get it to show up on my list device?

EDIT: NEVERMIND. I pushed the bluetooth dongle too far into the usb port so it didn't turn on and show up on my list. I pulled it out and plug it in not too deep and the bluetooth start working normally now.

See, you figured it out, see how amazing you are? Enjoy your life with bluetooth, and enjoy the heck out of it. Congrats!

I pushed the bluetooth dongle too far into the usb port so it didn't turn on and show up on my list. I pulled it out and plug it in not too deep and the bluetooth start working normally now.

Those USB ports can be quite flimsy.
My friend from Japan had to replace her computer after all USB ports finished.

I use those connectors to protect the USB ports on my desktop since I am not very keen on replacing m/b just for that. The connector parts remain on the machine while removing/attaching USB peripherals.
Certainly not a laptop solution but for desktop, it is working very well. 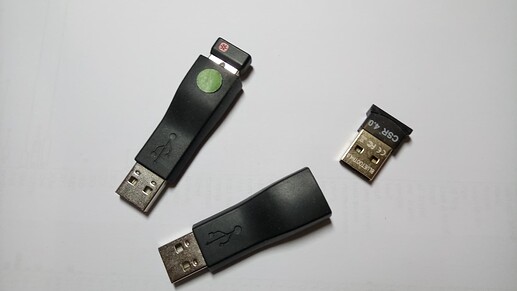 And a USB hub with the heavy power cord .... had to really hunt to find that one as most have these tiny little cords .... the hub has 4 ports .... the power cord is the one attached to my laptop ....

I just count how many of those I have: 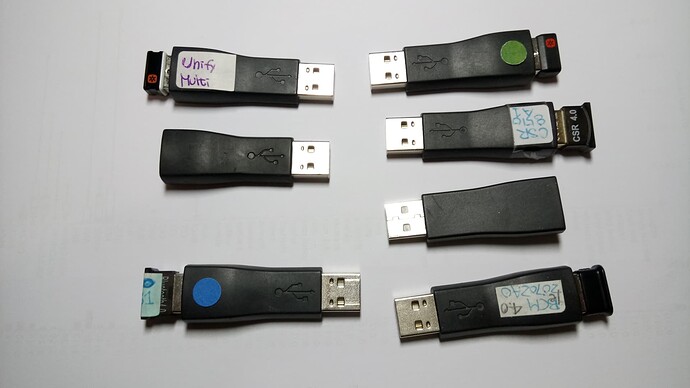 Yet, another amazing post from the famous Frog, ribbiting their way to USB HUB success with thick quality cables that says, "heck yes, I am ready for PRIME time, question is, are you?" HEHE

And holy cow, look at that delicious lighting too, that is pure perfection, yes indeed! I use an Anker 7-port USB 3.0 hub that also has a thick cable too. But I don't have a 4-way swivel jointed USB flash drive, but I do have a 4-way swivel extension for socket wrenches HEHE.

Anyways, you didn't think you were gonna show off that sexy delicious lighting without me sharing mine as well did you? Get your seat belts fastened and your trays in their upright positions, cause here it is people. 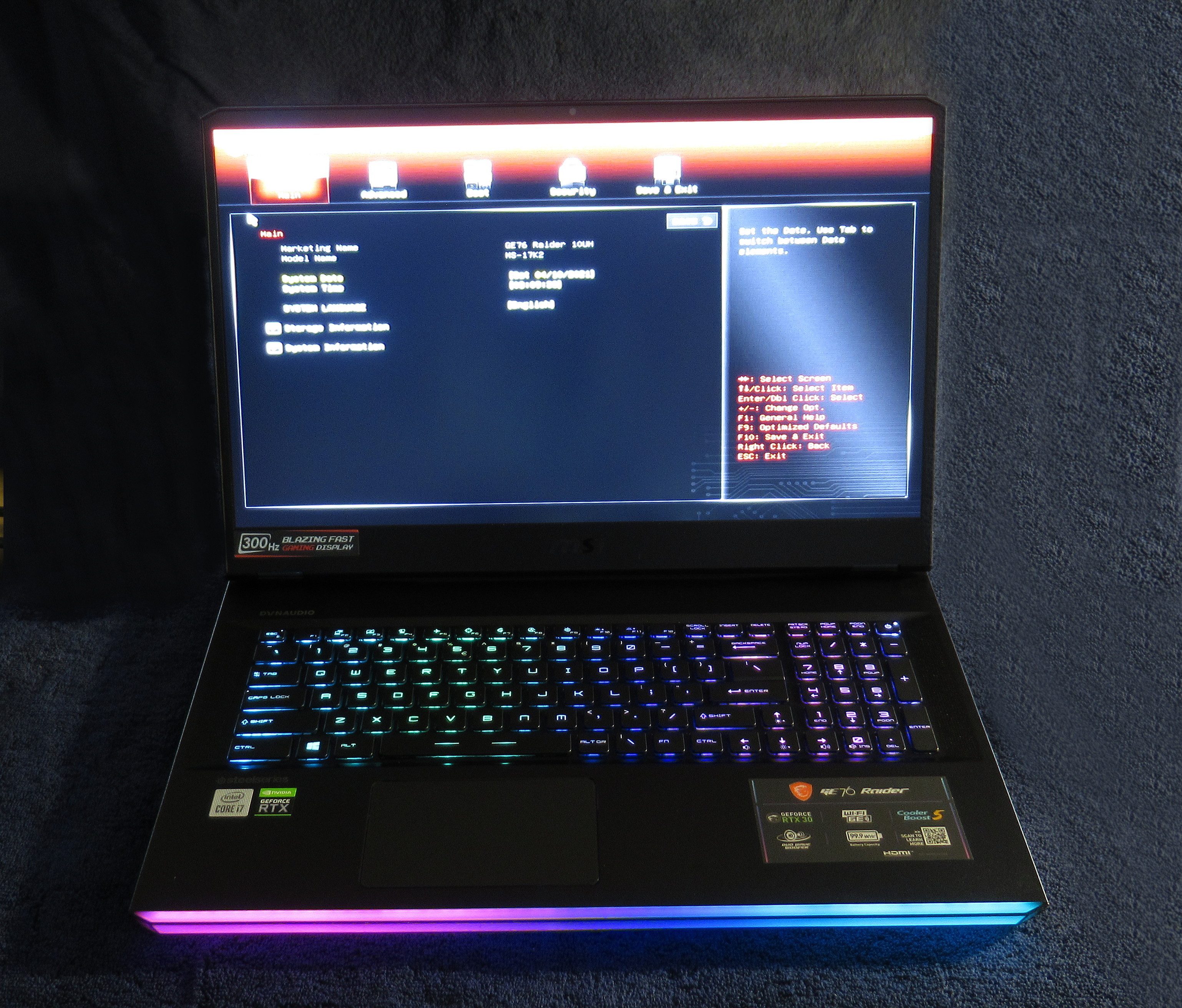 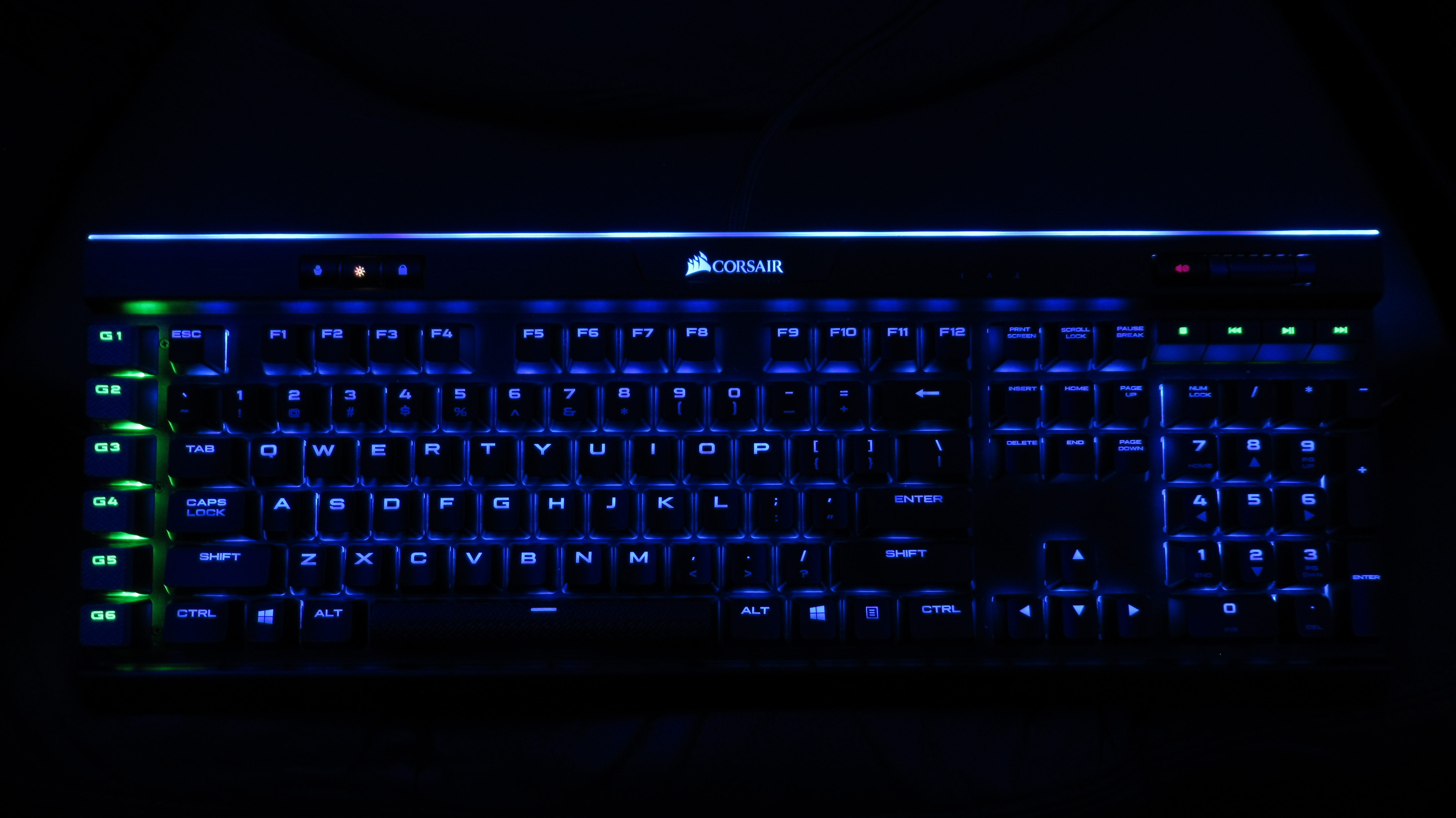 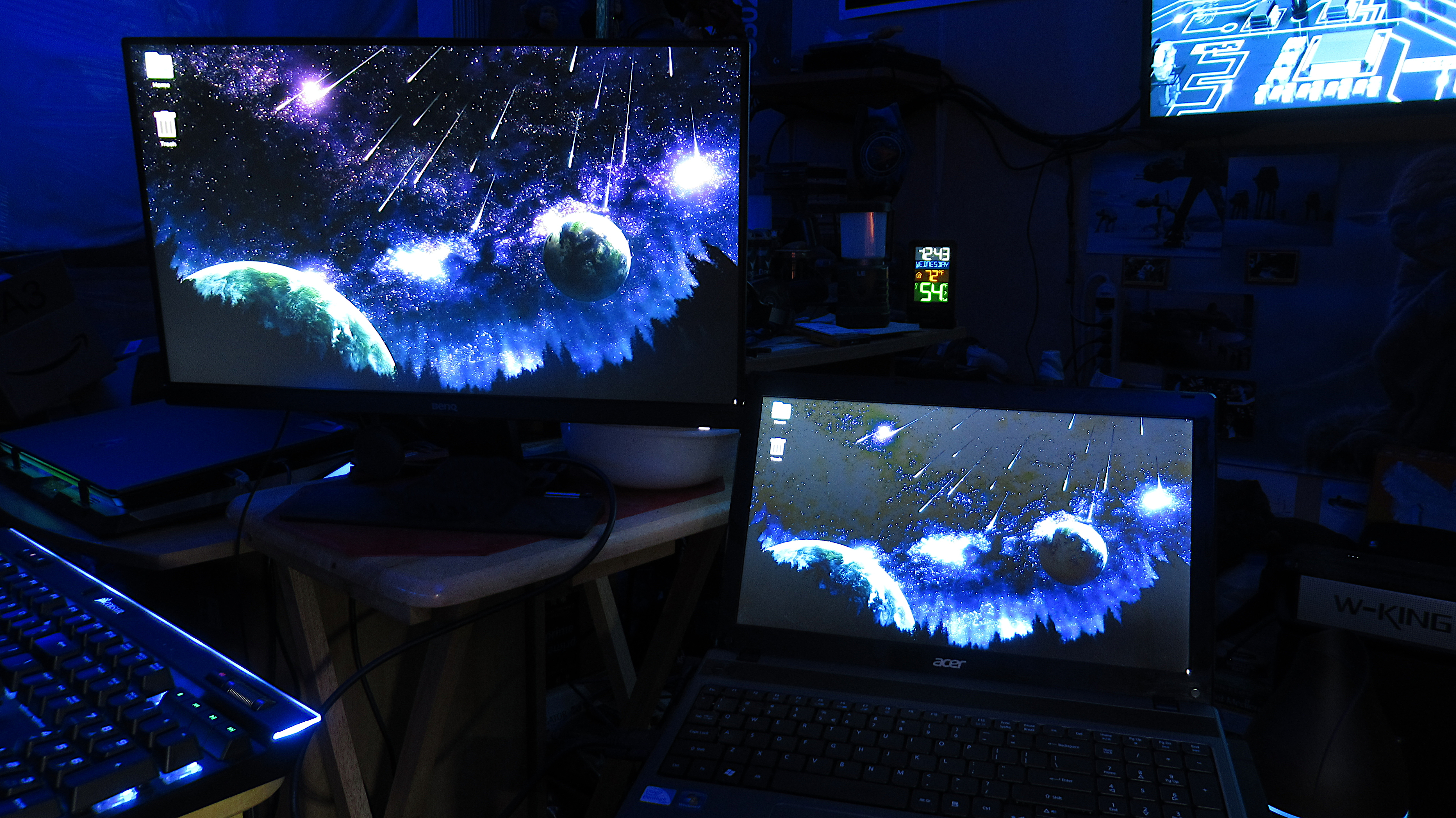 Its the simple things in life we treasure, and it makes us happy.

I wish I could have shown you the the desktop I built .... kinda looks like your Christmas Tree in another post but alas .... it is no more .... it has gone to the great desktop rejuvenation center in the sky ....

I am happy with my Asus laptop

I think desktops are kind of endangered species: 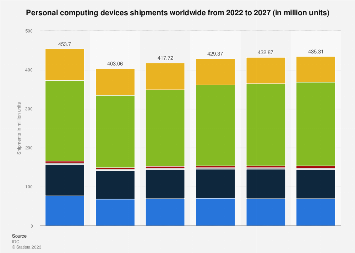 Laptops and tablets accounted for the greatest share of the personal computing market in 2020, but forecasts show desktop PCs won’t disappear in a hurry.

I think desktops are kind of endangered species:

I agree laptops have come a long way from the days of my first one it .... was a
Toshiba reconditioned one .... I really have more power and better specks with my Asus then my desktop ... but I had 2 graphics cards and 6 HD bays and 2 CD ROM drives in that one ... but then it some 8 fans to keep it cool .... LOL

Yes, desktops are pretty much only popular among the PC enthusiast/heavy gamer crowd, as well as heavy production studios like LTT these days. Most of the normal folk, average gamer, don't even bother considering desktop computers.

You are correct, notebooks have come a long way since the original ones in the late 80's, and throughout the 90's. I still remember when notebooks didn't come with built in bluetooth and WIFI adapters, they required dialup modem connection, or ethernet connection.

Now days with WIFI AC and WIFI 6, as long as you have a router that supports those standards, then they get to be pretty much nearly as fast as a hard cabled connection. I love notebooks, they weigh so much less then a desktop, take up less space, and are just overall more power efficient.

My MSI GE76-231 Raider notebook is a high end gaming machine and it uses a 280 watt power brick, which is far more power then most notebooks on the market. When you consider most thin and lights use 40 to 60 watt power bricks, its obvious those are most certainly more effecient then your average 500-watt desktop computer lol.

Mid-grade gaming machines generally use 160 watt power bricks, which is still less power then desktops. And forget about buying pre-built desktop computer's today. Yeah, I been watching Gamers Nexus with Steve Burke, and I can tell you right now, its horrifying, lets just say that.

Notebooks are where its at. Love notebooks!

my old M1730 XPS had something that was close 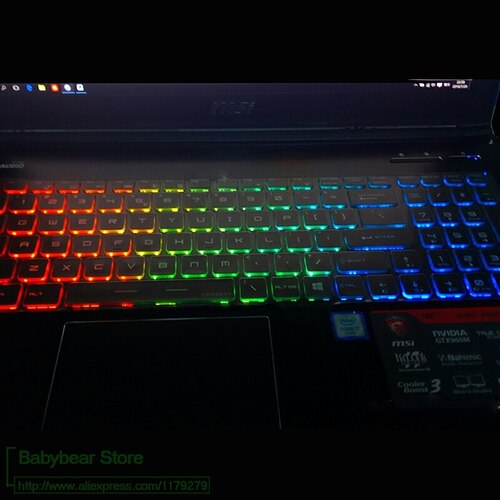 Hey Bubby Bubby, look at all that pretty, in a power outage, you will light up the city.

Strike up the lighting, the RGB just begun, were gonna have a lot of fun!