Hey,
first and most important to say, Zorin is the best and greatest and nicest Distro i have ever used in 14 years of linux. I use it all the day since 2 years and i realy don't want to miss it.
But i run into some realy big problems with my Wifi hardware.

I'm using Zorin OS 16.1 and i use it on 2 Laptops with windows and zorin parallel.
On the first laptop i lost the Wireless lan network card (Intel wireless) it worked for some time in windows and Zorin but now it doesn't matter what i do i can't get it back to work.
Not wirless button on the keyboard, not drivers it's horrible but i thought its maybe a bad hardware or so.
The bluetooth interface on the same card works like expected.

Now i have a brand new laptop with wireless 6 and a Mediatek wireless card,
after 2 Month of using Zorin the bluetooth doesn't work anymore, wireless runs great but bluetooth does not work in windows and zorin. Bluetooth card is visible, devices to paire are shown but there is no way to get the bluetooth devices back to connect to the laptop. (Headphones, mouse and keyboard)
In 1 year with pure windows no problem ,after 2 month with zorin, the next wireless card is crashed. I realy hope anybody can help, i realy like zorin.
This is defenetly no coincidence.

When i started using zorin on the new laptop no wireless interface was recognized by zorin, mediatek wasn't supported, but since some weeks i can use both, wifi and bluetooth.

I did everthing i can, deleteing drivers in windows, deleting all devices and reconnect them, restarting hardware and devices. It seems like zorin is crashing hardware. 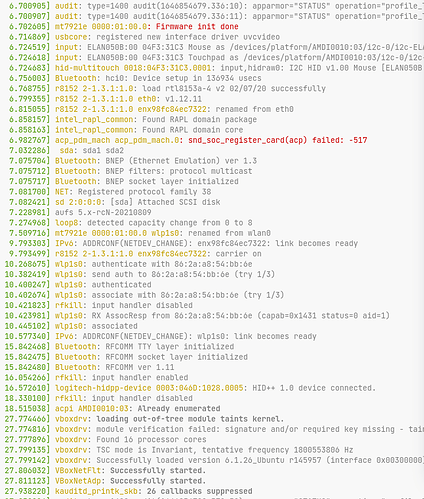 What is the terminal output of

Let's first determine what the hardware is.

This is the laptop with the Bluetooth issue, wifi works correct.

I was not aware that Z16.1 had been released yet. Have I missed something?

Maybe i missunderstand something in lsb command

And yes its released look at the startpage of Zorin

Are you dual booting with Windows?

Yes on both laptops.
WIndows and Zorin running together dualboot.
I switch to windows if its necessary

Reboot and Powerdown like descripted in the forum blog of askubuntu.com, didn't help.
I powered down the laptop with the Bluetooth mediatek issue and resettet the Batterypack inside with a pin needle, at the new fully closed notebooks there is a small hole anywhere, you can resett the battery with a needle.
Now Bluetooth works in Windows and Zorin, but audio connection of the headphones do not.

But the Wifiproblem on the first Laptop still exists, i will provide more information later.
Thank you so far.