Can I get Help removing Windows App Support? 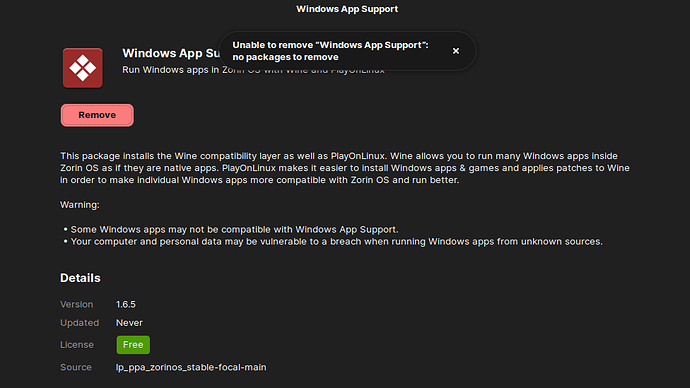 I am Not able to remove Windows Appt Support, Can I get some HElp?

Might try to use synaptic manager and remove it from there

Shouldn't be an issue - just done it on my VM of Zorin - when you click on remove you will be asked for your login password to elevate you to root to remove. If it says that /var/dpkg is locked then you might have another process running as root such as Synaptic Package Manager or Software Updater is updating the OS.

I already tried remove option (screenshot?) but your Software store is broken. I canceled the installation in between and then it Says that the Package does not exist and is stuck with the remove option. I am trying to remove it via apt but I do not know the package name.

It sounds like a corrupt install of the package. I would launch Synaptic and attempt to use the option 'Fix broken packages'. If that doesn't work I would try reinstalling Gnome Software Center:

This simple tutorial shows how to replace the default Snap Store (Ubuntu Software) with Gnome Software with Flatpak support in Ubuntu 22.04 LTS. Many applications today publish Linux packages via F…

You could try the terminal command:

I did install a few apps and most of them didnt work so I uninstalled wine,
but now i have some icons of previous apps i installed from wine, any idea about how to remove them? 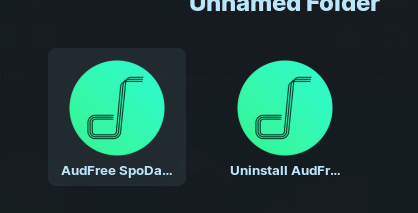 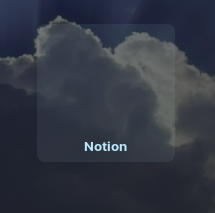