I installed zorin lite 15.3 on two identical drives, lets call it MAIN and BACKUP. Both drives were made with the same full disk encryption offered during install. MAIN contains some files that i would like to mirror onto BACKUP. My intention is to use zorin on two computers simultaneously, so from time to time i will need to backup the files from MAIN onto BACKUP. These files are many GB so i cant do it over the internet.

I booted BACKUP and plugged in MAIN, a drive icon appeared with a lock on it, clicking it presented a prompt to decrypt the drive. Entering in the password gives a generic failure error that it cant mount the disk and then the icon disappears off the desktop. I have carefully entered the password many times, checking if caps lock was enabled. The password on MAIN has been successfully entered many times when booting it. In the DISKS software the drive does not appear when i plug it in.

How do i mount my encrypted disk in Zorin?

There are a couple of ways of mounting encrypted drives and unlocking them. I do not have those memorized so I looked them up. In the process, I spotted this guide, which actually may help you out a lot more than a post with a couple commands pasted into it:

Those instructions bricked my system, thanks.

After entering drive password on startup it goes to an error screen witha long string of numbers and letters ending with “The NVM checksum is not valid” and then “You are in emergency mode”.

I followed the instructions exactly

The instructions clarify that you must insert the information particular to your system in places like “UUID” and “sdb1.”
At this point, it would be pretty much impossible for me to verify that none of those substitutions are at fault.
I think it is safe to say that those instructions in that guide would not stay up for very long if they were prone to bricking systems. I feel your pain; I think I might not have been as polite as you just were giving that update. I bricked my system badly once, following instructions to upgrade the Kernel. Or at least I thought. Yet another wipe and reload…
Part of the reason I will post a PrePrint Guide (link) rather than type out instructions as I would do them is that it is generally safer to do so.

I will try again, here. This is in regards to Emergency Mode.: 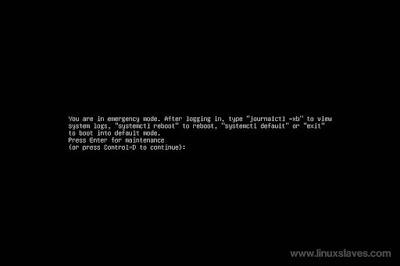 Linuxslaves: How to Fix You Are in Emergency Mode in Ubuntu Without Reinstal

And NVM checksum is not valid:

As it is right now, I am certain that neither of us know exactly where in the Previous Steps something went all kinds of wrong. But if you are able to restore at least safe mode access to your drive and can Back Up your personal files and data- then at least you will be able to reinstall the Distro of your choice and get a fresh start.