Hello. When I restarted my PC and start again today first time have a long repeatly lines with clearing orphaned inode. What that means. First time see that.

I edited the title of this thread for clarification.

Battery I changed 2 weeks ago. I don't using a hibernate also swap partition.
It is possible my RAM could be defect or graphic cards or sector partition on hard disk ssd?
It is possible diagnose that?
The hard disk ssd wasn't used often. Zorin is first operative system anything wasn't record or used on this partition. Ram I was testing from bios and don't find any problems. My graphic card sometimes get artefacts but working all time. It could be problems because anymore not supported or my graphic card is old?

memtest for RAM?
SMART for disk?

It seems beyond my capability.
I will chant a summoning spell for other volunteers 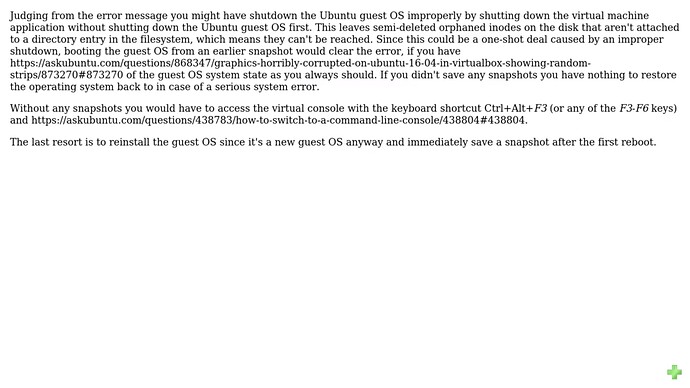 Sorry, you lost me.
Are you talking about VM or bare-metal installation of Zorin?
Those are completely different kettles of fish.

I using Zorin on real a computer withour virtual machine. 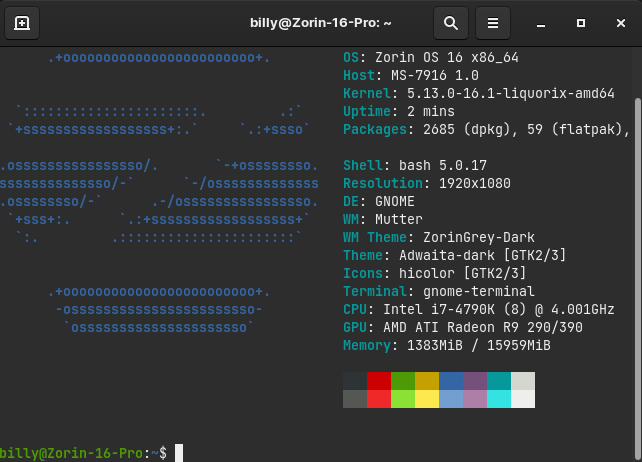 I using Zorin on real a computer withour virtual machine.

Thanks for the clarification.
I hope other volunteers have some ideas.

Maybe I explain more when this comes. I used normally my PC then I get a black screen and switch button restart - something like force or kill all.
My temperature are not high. 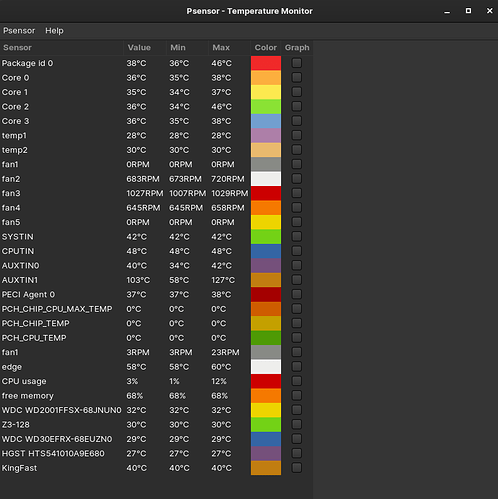 command is incorrect with -f

Bourne, I am curious, is your computer set to HYBRID Graphics mode, or Nvidia only? You can install the Nvidia Prime extension to find out if you haven't already.

Also, does your computer have a MUX switch? I ask, cause I remember once hitting that, and my computer didn't want to boot in the OS until I switch back. So I just use software to manage what GPU I am using.

I primarily stay in Nvidia graphics only. And a good way to test your GPU, is to set your computer to only use the Nvidia GPU. And if your computer fails to do that properly, that begins to point at the GPU.

I also second the idea of running MEMTEST. Good idea to check your RAM and make sure its ok, as RAM can go bad. And if things in the end point to your RAM. Turn off the computer, unplug the computer. Press the POWER button to discharge the caps.

Then remove the RAM, clean out the area with canned air, including the RAM chips, then re-install the RAM chips. Sometimes a good reseat fixes booting errors too. And you might want to do the same thing with the GPU, a good reseat.

Computer working without problems from 2015 to 2021 march or something.
I taken diagnose hard disks. If one hard drive disk is plate and have a boot sector could be crashed, RAM i tested from bios, hard disk from software.
The most problems I get from graphic card R9 390 but newest model AMD also have this problems with black screen. Formatted hard disk to check if some software are malware. Put new pasta on graphic processor. Cleaning a computer.
Clear CMOS. Changed battery bios. Here some problems on photos what i discovered. 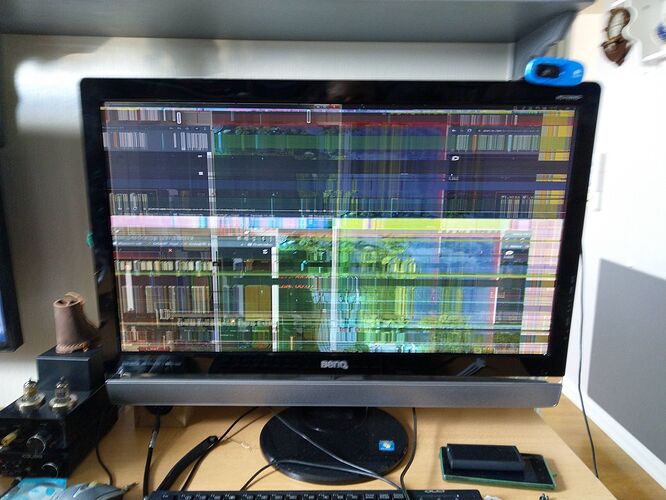 artefacts2048×1536 462 KB
I have the same a computer 1:1 but there is no problems.
Yes I have on processor a integrated graphic card but only with directx 10
Games not working on them. Maybe I need something change in settings bios?
I know i have choose only one graphic card not dual. MUX don;t find anythin only dual bios if one died then can using another.
OK when i get a black screen and switch restart button after that i have information my graphic card back to fabric settings.
Here it could be probably the same problems what on this link.

About two months ago our beloved Turrican passed away in a horrible car accident. He was a big part of our community and is still Austria's only overclocking legend! Out of my sadness and anger I started to work on this project as a virtual monument,... 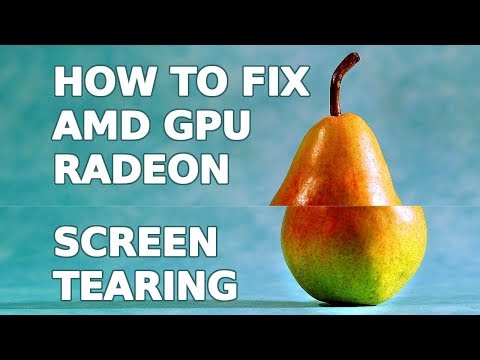 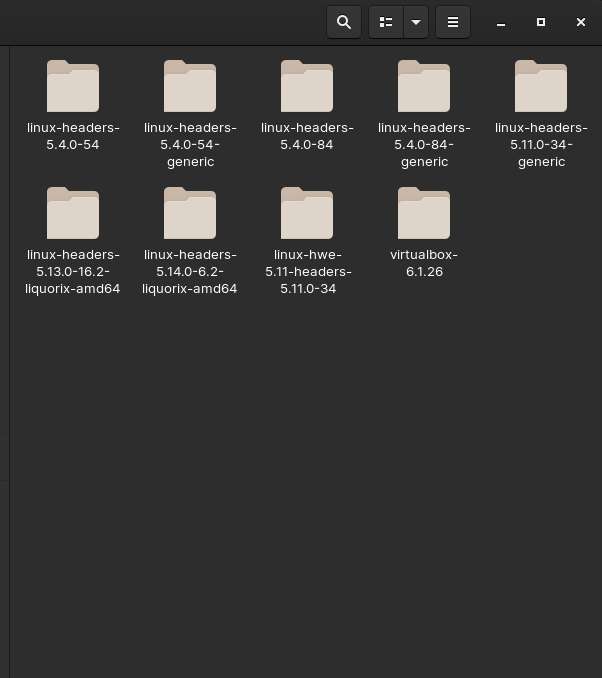 Make sure monitor is good too, they can go bad showing same kind of thing. I don't know maybe it could be problem with ports in my graphic card.