Clicking on Show Applications Gnome Freezes Until Refresh or Restart

I just installed Zorin OS Pro 16.1 on my laptop and have been installing apps, etc. At some point, when I click on Show Applications (using Gnome layout), everything seems to freeze. I can use ALT+F2 to refresh and then I get control back, but I cannot get into Show Applications to actually see the apps unless I reboot. Show Applications will work fine for awhile, but then will eventually do it again. I was using some Gnome Extensions that affect the App Grid, so I turned those off and rebooted, but it still happens. Any ideas? And please let me know what information I can provide to help troubleshoot this (laptop specs, software versions, etc). Any help is greatly appreciated!

Hi revm, and welcome! I think this is also an ubuntu issue on which Zorin is based and one author prefers to use Activities over show applications! 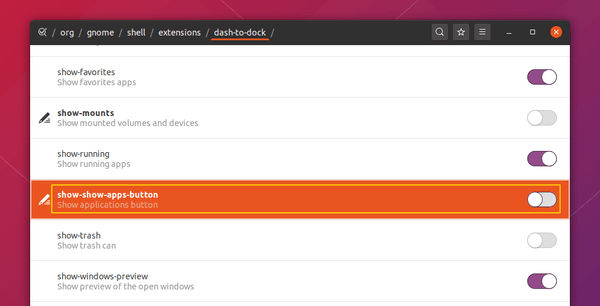 How to Remove ‘Show Applications’ Icon From the Dock in Ubuntu 20.04

This is a beginner’s guide shows how to remove the ‘Show Applications’ app menu icon from the dock in Ubuntu 20.04, Ubuntu 20.10. Why to remove the icon: The default ‘Show A…

I also suspect that because Zorin have tweaked Gnome to look more like Windows, there might be something buried in the code that might prevent this from working. The problem with extensions is they are designed for specific items - what we don't know is how some extensions might interfere with others as each extension normally is written by different authors but also aimed at specific versions of Gnome. From previous use of extensions when I used to run Zorin, some needed a newer version of Gnome that was not deployed by Zorin or some extensions had not been updated in line with a newer Gnome Shell.

Makes sense. If I remove the "Show Applications" icon, is there another option that will do the same thing essentially? I love the display that "Show Applications" gives for installed apps. I know I can try other launchers, but there are some other extensions I use that work in Gnome really well in Zorin OS. If you have any other advice or suggestions, I appreciate it and I really appreciate how quick you replied! Have a great day!

So I disabled and removed the Gnome Extensions that changed the behavior of the App Grid. Rebooted. Still have the same issue. If I click on Show Applications, I still get the freezing issue. Is there a log file that I could check that might show what is happening? I really do not want to abandon Gnome because there are other things about Gnome that I use and like that I do not think other DE offer or can be added to.

So I have been messing around trying all kinds of things to fix this and just noticed something else. If I press the Super Key, I get the view of open applications but the same freeze happens again and to get back to the desktop I have to Alt+F2 and then refresh. So I do not think this is related to extensions, but I am still hunting...

Try arc menu in the dock to dash:

I think it is far too soon to discount gnome-shell extensions as a likely factor in freezing gnome-shell.
According to this bug report:

The user found that disabling extensions prevented the freezing.

If you are using Wayland, (I don't think you are given that you are about to alt+F2 your way out); I recommend that you don't.

Things you can try:
Reinstall the Zorin OS Desktop on your current build:

You may also try reinstalling the entire OS after backing up all data and personal files. While this is not the fun option; it may be the most effective. Strangely, a reinstall can often work wonders.
It is possible that the bug exists (persistently) due to a conflict with an initial file that gets immediately overwritten when the user begins eagerly setting up their desktop and exploring in Gnome Shell.
Reinstalling, then running some mundane tasks or just let the computer sit on for thirty minutes before connecting and running your updates may do the trick.

Okay so I had been trying to figure out how to reinstall the desktop but because I hadn't had enough coffee, I could not come up with zorin-os-desktop...

Anyways, I removed the 2 Gnome Extensions that affect the app grid and reinstalled the Zorin OS Desktop. I rebooted and everything is working perfectly now! I am thinking I somehow messed us something as you indicated when I was very eagerly setting up my desktop and playing around in gnome.

Thank you so much for your help and patience! I am going to leave those 2 Gnome Extensions uninstalled and just enjoy the stability and functionality that I have. One just reordered apps alphabetically, which I can do myself (there are not that many installed), and the other one allowed you to change the number of rows and columns in the grid. Nothing serious and I do not have so many apps that I cannot find what I need.

I know that I am captain eager when setting up a fresh installation of Zorin OS.

However, I do want to clarify: I think it is least likely that you messed something up.
Gnome-extensions, by their nature, are remarkably fickle and quite adept at messing themselves up, no user input needed.
Gnome-extensions, as a whole, are utterly fantastic in Linux and serve a very much needed function. But if the Gnome Developers had their way - there would not be any gnome-extensions.
So gnome-extension developers (independent people that create them out of the goodness of their hearts) must stay very on their toes to keep them working sometimes.