One of the most enjoyable parts of Linux is the degree of custom theming.
Some examples of my own novice making;
Azenis 2021* on XFCE 4.16 Desktop -installed on Zorin 16 Beta. This includes theming the Whiskermenu (Above on Vertical Panel) and the Zorin Lite Menu (Below on horizontal panel).
XFCE 4.16 includes CSD's, so you can see in the below screenshot, csd's are themed in, in addition to the XFWM4 window borders.
Cinnamon Desktop and Mate Desktops are also themed in, with vertical or Horizontal Panels very similar to the ones shown here.
This is not available in Gnome or Gnome shell, nor have I any intention of doing so-- However, I would hope to encourage others to enjoy customization of their own Gnome desktops, as they see fit. (The gtk portion will work in gnome3 and gnome 4.)

You need not make an entire theme of your own, but by utilizing your ~/.config/gtk-3.0/gtk.css file, you can theme in snippets at a time. FOr example if you like your system theme but wish scrollbars were wider- or had stepper buttons. Or if you want to reduce or increase the size of headerbars and so on.

Also... Willing victi... testers wanted who would be willing to test my themes to help me find bugs, missing portions, etc. 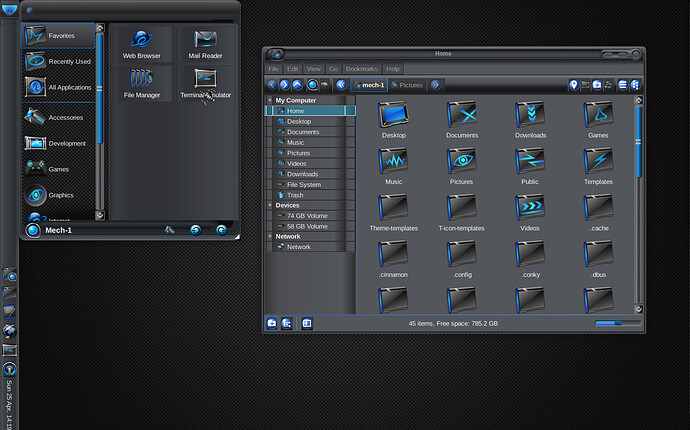 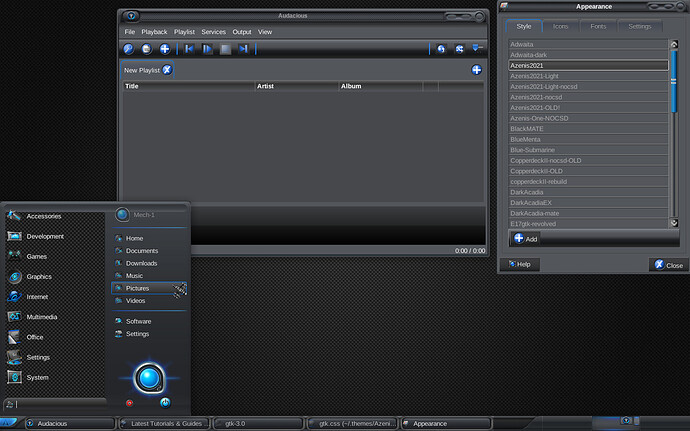 *Azenis was originally created by J.J.Ying for Microsoft Windows. This was closely followed up with Azenis2. Azenis2 was ported by EZY to KDE Desktop and later, JamesHardy88 ported it to Gnome2 gtk2. This is a gtk3 /gtk4 port for the year 2021, also celebrating 15 years of a classic Favorite. Azenis2 was the base model for this recreation.

I really am a fan of Azenis based themes, I just wished they fully worked with Gnome shell. I must say, you do some really good work with your themes, but I agree, you really need some qualified beta testers to test your themes. And hey, maybe sometime down the line, you'll find someone who can make a fully gnome compatible theme, I know I'd appreciate that.

I can make one. I just won't. When Canonical stops breaking themes according to the pledge they signed years ago- I will consider making Gnome themes again. Until then- I am on strike. 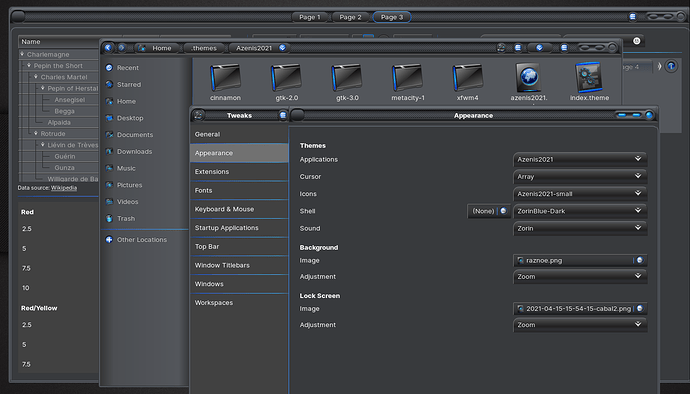 I, also, am in the process of learning. Fixed headerbar buttons and titlebar in CSD / Gnome.
...'course, in fairness... I have not used Gnome really until Zorin 16 alpha and beta....

It looks good as always. But with every bit further you go, it looks that much better. You are our resident themer, and without you, there wouldn't have been an Azenis theme ported over to Linux. But I really wish those guys at Canonical would stop messing stuff up.

Cause it would be great if you had a fully gnome compatible version. I know the reason you don't is because Canonical keeps breaking themes. Just wish there was an easy way around that. But see thats the thing, I don't know anything about theming, so IDK.

At this point, I have this theme running smooth as butter on Zorin OS- which I will be honest about... Is the most finicky and temperamental build of Gnome I have ever seen. I have seen the Zorin Gnome Desktop go sideways only because it didn't like the way you looked at it.

What is missing is just Gnome-Shell. While that not a trivial chunk of the desktop, all the windows at least are still uniform. More or less.