Hello other Zorin users.
This is my first posting in this forum. I hope I am posting in the right place...
I am using Zorin 16 beta at the moment, and I would like to change the desktop fonts showing under the icons. I looked around the settings but could not find anything specific to the desktop fonts.
I wonder if anyone can tell me how to do it. Thanks for reading this posting.

I think you can achieve it with dconf, just be careful if you break your system. 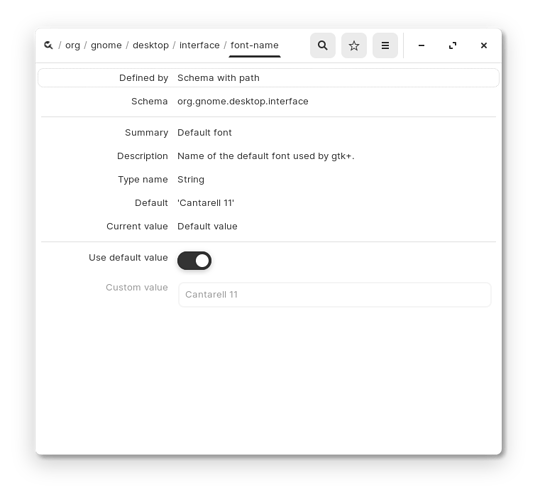 You can also change it in the Zorin appearance app, i believe fonts have their own tab.

Thanks for your advice!

I followed your instruction and managed to make it work.
The curious thing was that dconf editor installed as a Flatpak had no effect from customization. I then noticed that there was an apt version of dconf in Software. That one worked!

As for Zorin 16 beta, I understand it is generally discourage to use beta version for a production environment. But after testing it for one week on a spare laptop, I came to a conclusion that it was way more stable than some other Distros which were supposed to be a release version. I installed Zorin 16 on my main desktop and used it for several days without any issue. A big thanks to Zorin developers for creating such a great distribution.

Thanks for your advice.

I actually already tried that and it did not work for me.
But as I wrote in the other posting, apt version (not Flatpak) dconf editor let me change the desktop fonts.

One of many reasons to avoid flat and snap. They are unreliable.