Desktop Freezes when i use high graphic usage apps like zoom

My Pc get stuck randomly and the only things that works is the sound and the mouse. I thought that was a grub error because when i turned on the pc i receive a message error like this: "[Failed to open \EFI\UBUNTU*garbled* - Invalid parameter]" , so, i followed this tutorial:

And that solve that issue, however, my pc stills freezes when i'm on class via zoom, this is weird but that only happens when i interact with the interface of zoom, if i only see the class, there's no problem.

my pc stills freezes when i'm on class via zoom, this is weird but that only happens when i interact with the interface of zoom

Does this ONLY happen when interacting during a Zoom session, or does it also happen when running other app's?

How did you install Zoom on Zorin 16?

I reading somewhere it could be problems with controlers on motherboard and recognize hard disk.
It going this way a computer must be comaptibility with all components inside i mean peripherals device and then also with operating system what recognize them correct.
Here is your problem described and here some solution solved.

Hello storage forum, I'm in a bit of a dilemma. I'm having serious trouble with my SSD or my SATA controller, I don't know yet. I got this SSD and it's acting up I think. Windows is installed on it and most of the times when I put it to work the SSD...

Ouch this is about zoom try using zoom from webbrowser the same problem was with discord.

Until now, sometimes it happens randomly while i'm using the browser and the screen freezes, but generally, it happens when i use zoom.

I installed zoom through a deb file i downloaded on zoom.us.

I'm gonna try this solution, i'll let you know if it works

Debian packages are mostly stable. Someone explained that snap and flat it something like a portable software what not always cooperate with files what installed inside. Like they working alone don't touching operating system.

I installed the app and this are the disks, i think this isn't the problem. 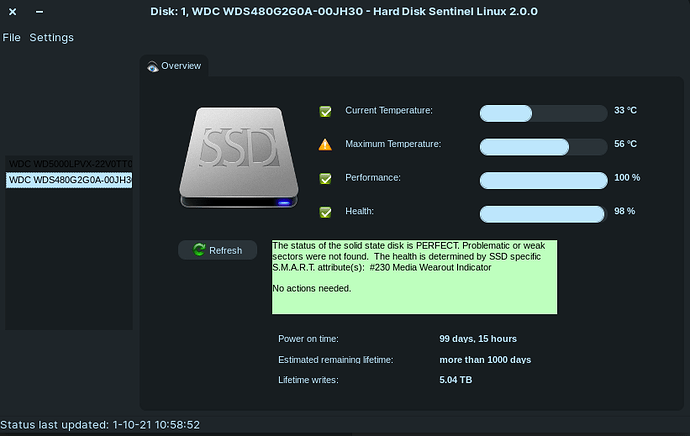 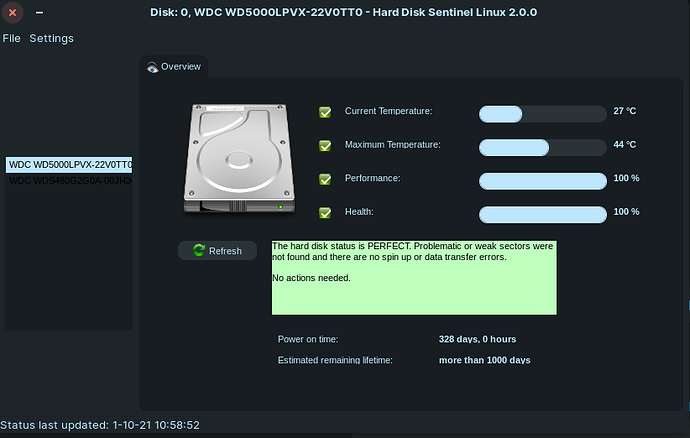 You told me the zoom app sometimes freeze?
Zoom is from China and have many bugs like a Switzerland Cheese.
The problem could be not with your PC or system Zorin.
It could be a problem servers or sending signals what gived you freeze or crashing. I could try check or more people maybe here if using a zoom if they have some problems.

Zoom is from China and have many bugs like a Switzerland Cheese.

I believe Zoom is a USA corporation, but does have one of its development centres in China.
Zoom no longer has so many bugs, but is being checked out for its privacy and data security practices.

It could be if it only freezes while i'm using zoom, but it freezes when i'm using the browser too.

The 470 is known to have problems. On a whim, I would seggest trying a different driver like 460 or 465 and see what happens- or the patched Nouveau driver that performs better than the 470.

This item would also point to graphics driver likely being the problem:

I tried installing the nouveau but it says this: 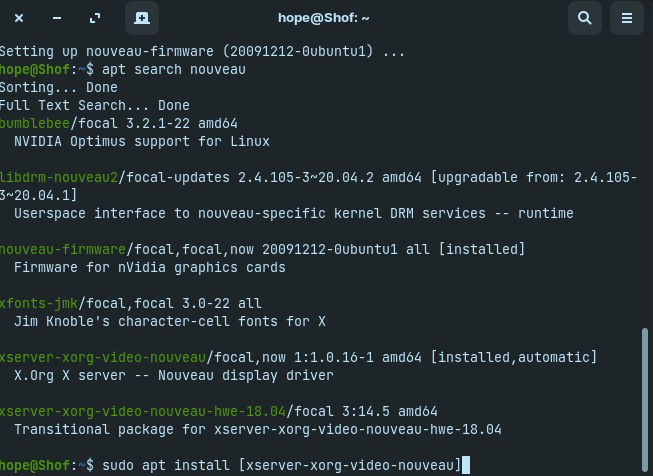 apparently it's already installed, how can i switch to it?

i'm going to try with nvidia-driver-460 then, i will let you know if it works, thanks

The 470 is known to have problems.

Maybe the stock 470.53 driver, but i never encounterd any problems with drivers from nvidia directly.

Yeah, my first thought when I read the first post from the OP was, and are the video drivers installed? Cause without those, anytime the system pulls for GPU acceleration, the system is gonna hang.

According to your post, you have a GTX 1650 Super, which is a solid mid-range card that should provide good performance for most tasks, including moderate gaming. Lets get those GPU drivers installed, and go from there.